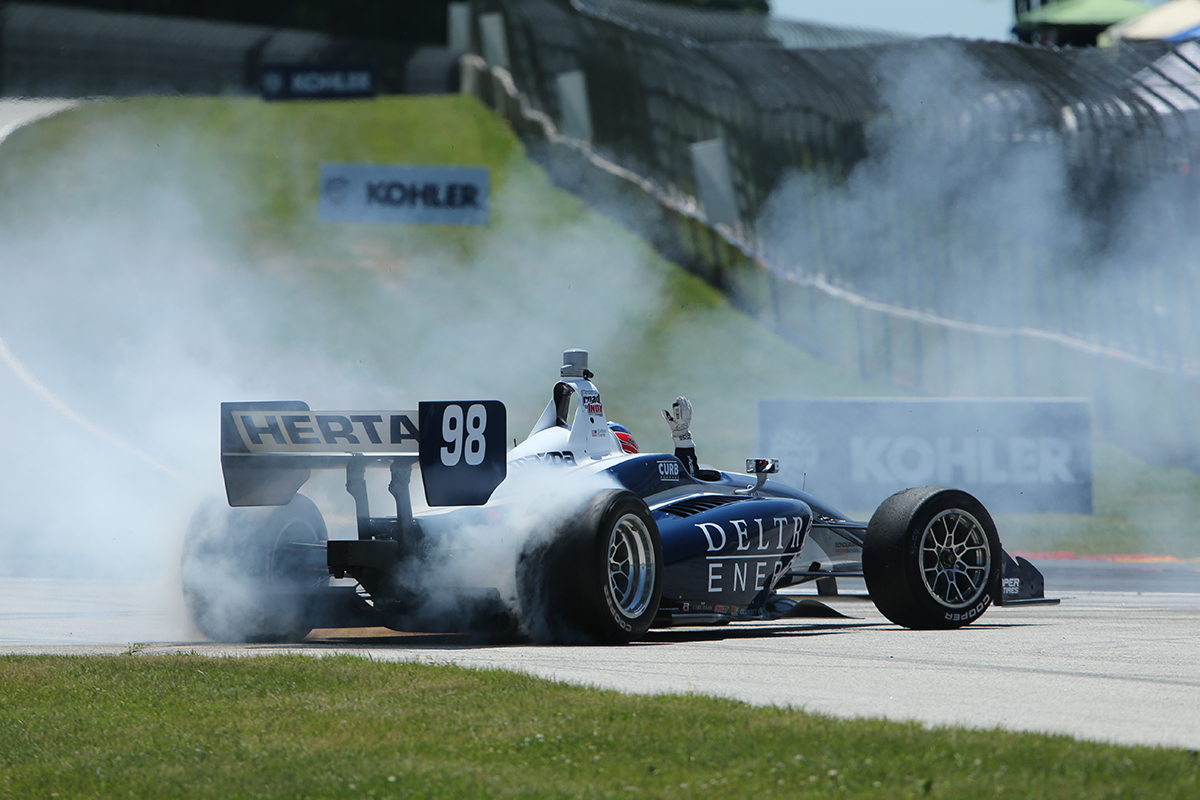 Andersen Promotions, which oversees the entire Mazda Road to Indy Presented by Cooper Tires, confirmed today that the eighth annual Chris Griffis Memorial Open Test will take place at the Indianapolis Motor Speedway Grand Prix road course on the weekend of September 22/23. The test is named in honor of Chris Griffis, a longtime member of the motorsports community who led the Schmidt Peterson Motorsports w/ Curb-Agajanian Indy Lights organization before passing unexpectedly in September of 2011.

Just three weeks after the conclusion of the 2018 season, the two-day test will feature all three levels of the highly acclaimed Mazda Road to Indy – the Cooper Tires USF2000 Championship Powered by Mazda, the Pro Mazda Championship Presented by Cooper Tires and Indy Lights Presented by Cooper Tires – and offer an opportunity for teams and drivers to gain a head start on their programs for 2019 as well as allowing new drivers the chance to test the waters.

The open-wheel racing development ladder, formalized in 2010 and sanctioned by INDYCAR, is unique in the world of auto racing in that it provides scholarship-funded opportunities for young drivers to progress all the way from the grassroots of the sport to the Verizon IndyCar Series and the Indianapolis 500. Of the 35 entries in this year’s 102nd running of the Indianapolis 500, all but eight were graduates of the Mazda Road to Indy, which in 2018 will distribute over $3.5 million in prizes and awards.

Last year’s Chris Griffis Memorial Test attracted a total of 42 drivers representing 15 countries and saw the official debut of the brand-new Tatuus-Mazda PM-18, which has rejuvenated the Pro Mazda category and resulted in larger, more competitive fields for this season.

Existing USF2000 teams Exclusive Autosport and BN Racing took advantage of the test to debut their new Pro Mazda programs, while several USF2000 drivers, including championship winner Oliver Askew, Parker Thompson, Robert Megennis and David Malukas, relished their first experience of the more powerful and faster PM-18. All four have shone this season, which has witnessed a series of new lap records, with Thompson currently leading the points chase for the Exclusive Autosport team.

“The Chris Griffis Memorial Open Test always provides one of the highlights of our season," said Dan Andersen, Owner and CEO of Andersen Promotions. “I enjoy watching young drivers gain their first taste of the Mazda Road to Indy. It’s also exciting to see our drivers moving up the ladder, and for many of them this test provides an opportunity to check out the next level and drive a faster car for the first time. It’s fun to see the smiles on their faces."

Registration details will be announced in the near future. Teams and drivers will have four hours and 30 minutes of testing time on the 2.439-mile, 14-turn road course, divided up into six 45-minute sessions over the course of the two days. Interested drivers can find team contact information on each of the series’ three websites and can also contact Andersen Promotions with any questions via info@roadtoindy.net.

In the meantime, California-born, Australian-based New Zealander Hunter McElrea, 18, is already intent upon returning to Indianapolis after impressing with the fourth fastest USF2000 time aboard a Pabst Racing Tatuus USF-17 last fall.

“My dream is to win the IndyCar championship and the Indy 500," said McElrea. “The MRTI gives drivers like myself, who are not necessarily from wealthy families, opportunities to earn their way to the top on skill and merit, rather than money alone. There is no other staircase in the world like this and I would love to be a part of it!

“I can’t wait to get back to IMS and participate in my second Chris Griffis Memorial test. Last year I had no idea what to expect and had never driven with slicks or wings before, so I had plenty to learn. Obviously, I was really happy to come away from the test as the quickest rookie and fourth overall.

“I am racing in the Australian Formula Ford Championship this year to prepare for 2019 and hopefully earn a ticket to the Mazda Road to Indy USF2000 $200K Scholarship Shootout. I’ve won seven of the nine races and am leading the championship so far, but anything can happen so I’ll keep my head down until the very last race."