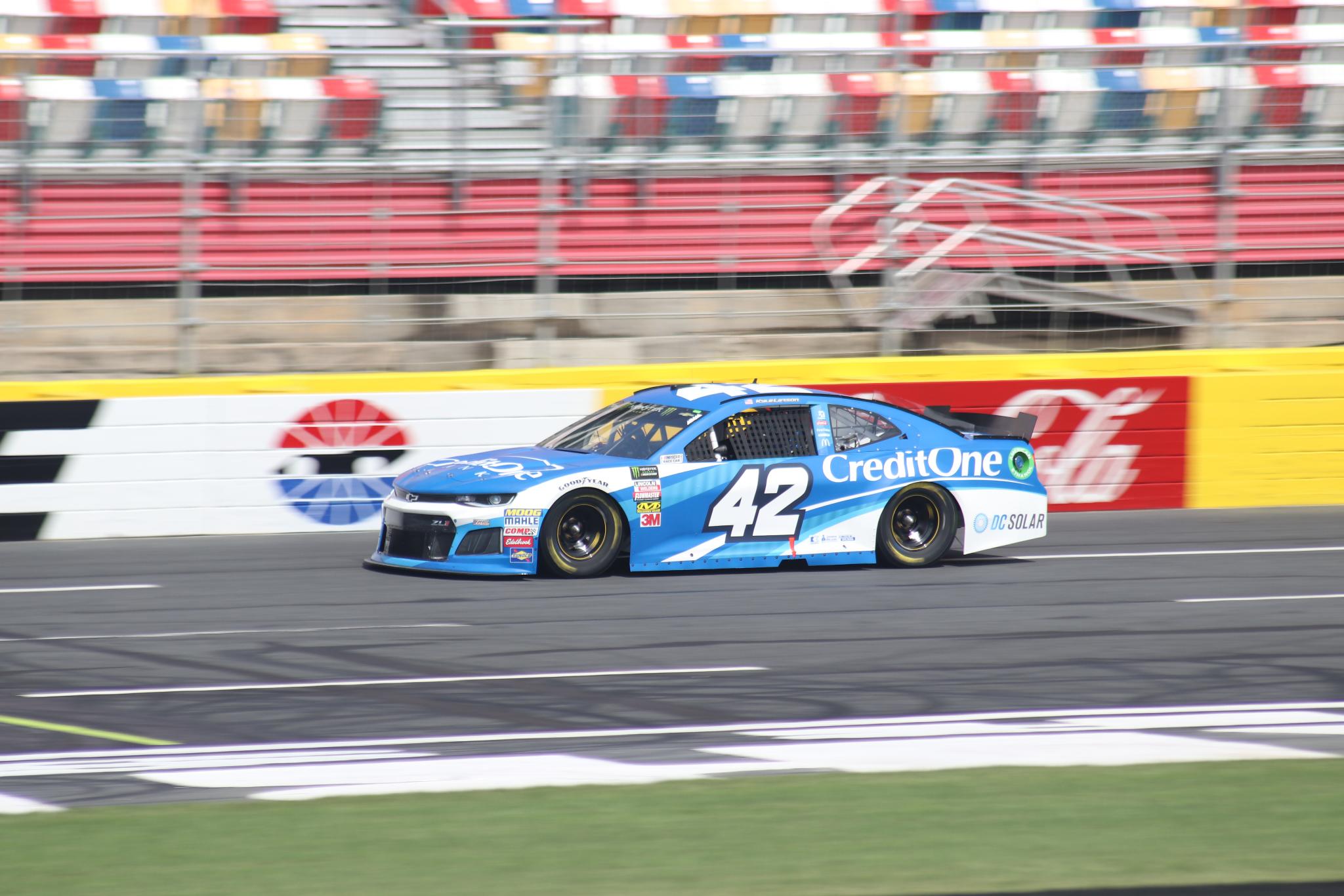 Kyle Larson led the pack in a last-minute practice addition Saturday at Charlotte Motor Speedway with a top lap speed of 173.305 MPH. Clint Bowyer was second and Kevin Harvick third. All three are already in the All-Star event tonight, which will feature a high-drag, low-horsepower aerodynamic package with restricted engines in an attempt to close up the pack during races. Rain washed out the scheduled Friday practices, and NASCAR opted to give drivers a chance to get acclimated to the cars, which they have not raced previously.

Lap times for the top 27 of the 38 cars that practiced were within a half-second of one another, with most teams practicing drafting in packs as the session wore on, something that this rules package allows for.

The Monster Energy Open is scheduled for 6:00 PM Eastern with the All-Star Race to follow at 8:00.