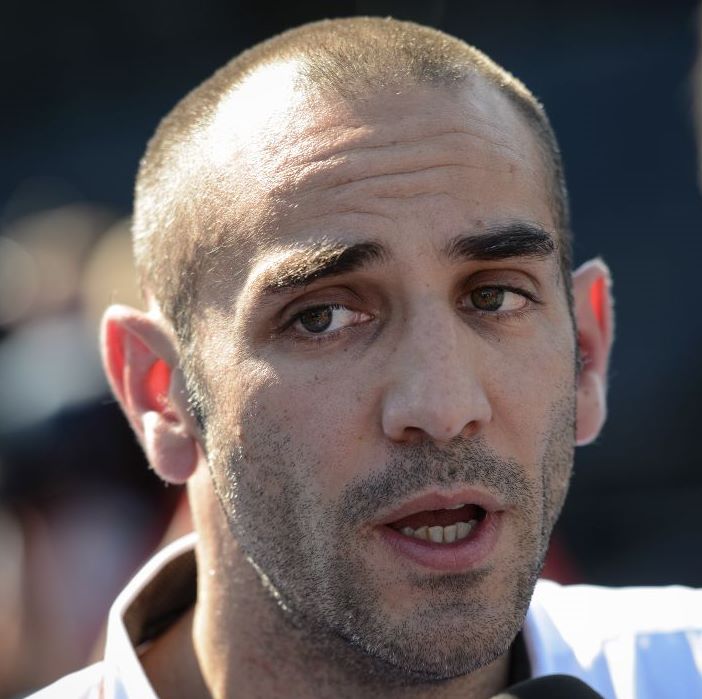 One stated aim of the new rules is to allow the likes of Aston Martin, Cosworth, Ilmor or others to be able to enter formula one.

But Renault boss Abiteboul doubts the plan will work.

"If the FIA and Liberty do not propose an engine that dictates standard technology or extreme restrictions in most areas, then private manufacturers cannot come," he told Auto Motor und Sport.

"And such a business plan would only work if the manufacturers were subsidized by a sponsor or a car company," the Frenchman added.

"But such an engine would be unattractive for car companies.

"So I ask the FIA and Liberty who they want to favor with this engine format? If it's new car manufacturers, let's ask them what they want," Abiteboul said.

Grosjean happy to 'grow up' with Haas

(GMM) Romain Grosjean says he is happy at Haas.

The Frenchman is often heard complaining about his car on the radio, but he is set to race for the new American team for the third consecutive season in 2018.

"We're growing up together," Grosjean, 31, told RMC as he talked about his forthcoming cook book.

He said he has no intention of pulling the plug on his F1 career any time soon.

"I have the advantage of having started my career in F1 at 27, and now I'm 31," Grosjean explained.

"But if I am given a car to win a grand prix, I am ready to do that today," he added.

Although a deal is not yet done, Alonso's test for the only remaining car manufacturer in the world endurance championship – Toyota – indicates that a 2018 seat is likely.

Asked if his fellow Spaniard can win Le Mans on debut, Gene told AS newspaper: "Of course.

"If it is next year, there is only Toyota as it is very difficult to win Le Mans as a private team.

"I think if Fernando only did this (Bahrain) test, with the level he drives at he would already be in a position to win," former Williams driver Gene said.

And if Alonso does win next year, he will be well on the way to his stated aim of completing the ultra-rare motor sport 'triple crown'.

"I think what he is doing is incredible and admirable," said Gene. "Fernando really is one of the few drivers who really loves driving and competing."

Asked if the signs are growing that Alonso is slowly withdrawing from F1, however, Gene answered: "No, I don't think so. It's good that he can do both.

"Let's see how McLaren-Renault is going to go next season."

Renault 'should be better' in 2018 – Verstappen

(GMM) Max Verstappen says he is not sure how competitive his Red Bull will be in 2018.

The Dutchman is in strong form at present, after a shaky start to the new chassis regulations for Red Bull.

But the team wants to come out swinging early next year.

"It's still difficult to say what we can expect," Verstappen, 20, told his official website verstappen.nl in Dutch.

"They say it looks positive, but you do not know what the competition is doing," he added.

"But I hope we are involved from the beginning rather than having to catch up again, even if that was not intended. It should also be a lot better on the engine side, so I'm curious about what we have."

However, Verstappen admitted he is not looking forward to having to look through the 'Halo' device in 2018.

"I don't like it at all," he insisted. "I'm also not looking forward to driving with it. It just doesn't belong on a formula one car."

He is more upbeat about Pirelli's plans to introduce an even softer compound next year, urging the official tire supplier to call it the "extreme-soft".

As for Liberty Media, who have been criticized recently for their controversial vision of F1's future, Verstappen said: "They are Americans, so they want to do things a little differently.

"But so far I have no problems with them. I think it's all going well but I'm curious about what is coming. The paddock is a bit more open already, so that's always nice," he added.

Since sweeping into the paddock and ousting long-time supremo Bernie Ecclestone, Liberty Media has been making changes.

And among his touted changes are new television graphics and local virtual advertisements.

"We do a professional job today but I think too much of what we do is probably not that different than it was ten years ago, whether that's graphics, sound or camera angles," said new F1 chief executive Chase Carey.

"We need to make sure we continue to make sure our product has an innovation and an energy that excites and engages fans."

Another headline change that is on the cards is the replacement of F1's current official logo, which currently features a black F and a 1 drawn out by a red flash.

"It is noted that the logo may change from the Abu Dhabi grand prix," said the report.

(GMM) Lewis Hamilton says he is not sure if Stoffel Vandoorne can become a world champion.

Hamilton won his fourth crown in 2017, but many consider Belgian Vandoorne as a potential title contender of the future.

"I cannot say that about other drivers," the Mercedes driver told the Belgian news agency Sporza.

"I don't know much about him or his career, but I know he's been driving well in recent years and especially this year has been pretty good.

"But to say that he can be world champion? I don't have a crystal ball," Hamilton added.

When asked what advice he might give Vandoorne for the future, Hamilton answered: "He doesn't need my advice. He's already made it to formula one with Fernando Alonso as his teammate, and he's already beaten him more than once."

As for himself, Hamilton admits he is in very good form as the 2017 season ends.

"Yes, I had a very strong second half of the season and I cannot perform better at the moment, but I will continue to grow with age and experience.

"The regulations aren't changing for a while so I will try to perform as well next year as I did in the second part of this one," Hamilton added.

Finally, Hamilton extended his race win tally to 62 late this season, meaning he might have Michael Schumacher's all-time record of 91 wins set as a target.

But the Briton insisted: "It's not a goal.

"It will depend how long I'm racing, but at the moment I do not think I'll be racing long enough to improve that record.

"In my best years I win up to 10 races, which means that I would have to continue for at least another three years with a competitive car," Hamilton said.

(GMM) Lando Norris will make his Formula 2 debut in Abu Dhabi this weekend.

Recently, McLaren said the 18-year-old will replace Jenson Button as the official reserve driver in 2018.

And he looks set to split that role with a full season of racing in Formula 2 or Super Formula in Japan.

"McLaren called us when they learned we did not have a contract with one of our drivers for the last race," Campos told Spain's El Confidencial.

"They're thinking about him being next year in Formula 2 and also in Super Formula in Japan," he revealed.

As for whether Norris might simply stay with Campos Racing for 2018, Campos answered: "I don't know yet what they want to do for 2018.

"We are working at the moment with (former F1 engineer) Toni Cuquerella as an advisor and he will be with us at the last race. He is analyzing all of our methods and we are changing many things.

"We want to be strong as a team and have the best possible drivers for next year," Campos added.

Hartley not worried about Honda switch

(GMM) Brendon Hartley says he is looking forward to switching from Renault to Honda power for 2018.

Since joining Toro Rosso late this year, the Le Mans winner has been struggling for laps due to constant Renault reliability issues.

New Zealander Hartley says he is therefore not worried about moving to McLaren's troubled works engine partner Honda for next year.

"I think in the past two races we've had no reliability at all from the engines we have," the 27-year-old rookie told Russia's Championat.

"At the same time, I am sure that working with Honda is a great opportunity for myself and the whole team and a very positive moment," Hartley added.

Meanwhile, he said he has been fielding "a lot" of questions recently about Daniil Kvyat, the driver he is replacing at Toro Rosso for 2018.

"I guess I'm not the most popular in Russia right now," Hartley smiled, "but seriously it's hard for me to comment. I didn't make the decision, and in formula one we know these decisions are not always easy.

"It's a very difficult question, but from my side I can only say that I'm glad to get a second opportunity here," he added.