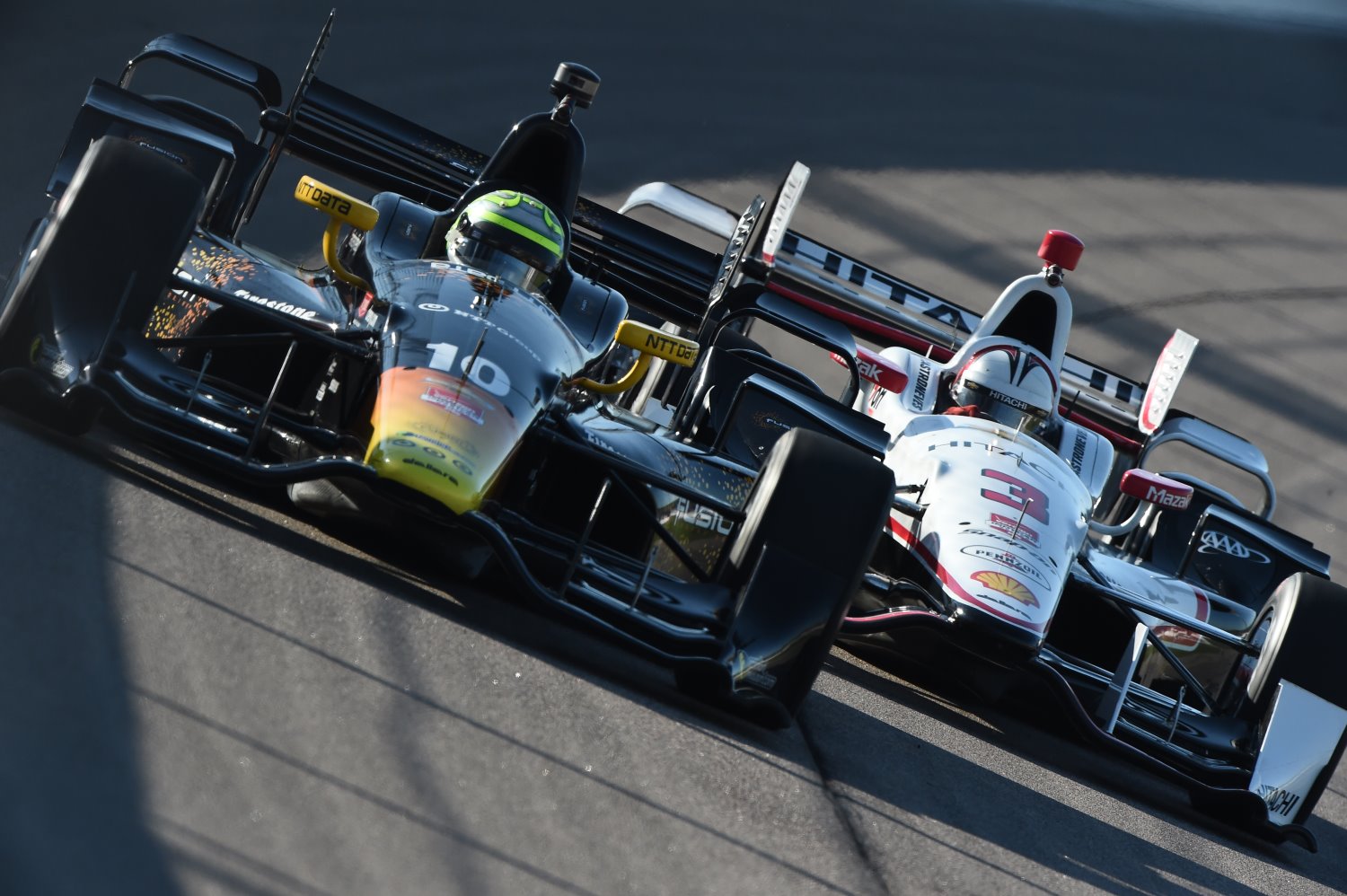 UPDATE It's clear just looking at the cars that the Honda aero kit has much more drag than the Chevy Aero Kit, and this is likely their downfall. Mark C. not reporting from the cornfields of Iowa

Brian C. here – Good morning from the Ritz Carlton Newton, Iowa. With track activity not beginning until after lunch today, it was nice to sleep in and grab a leisurely breakfast, somewhat opposite of a typical race weekend. We'll be heading to Iowa Speedway soon for what should be a busy day with qualifying and race sessions from Pro Mazda, Indy Lights and IndyCar.

Weather wise, it’s going to be hot and humid once again, although not quite as hot and humid. There is a small chance of thunderstorms during the race tonight, but overall the forecast looks promising.

That is for now, of course. I have learned from covering this event the past three years, the weather here changes here about every oh, 13-14 minutes. We will keep you posted as best we can.

Before signing off a few notes from yesterday. You probably didn't need us to tell you this, but Honda seems completely overmatched by Chevrolet this weekend. Typically, during the 2015 season, Honda has usually been able to squeeze one car in the top-5 in practice and qualifying sessions, and 2-3 in the top-10. Of course, in yesterday's second practice Chevy swept the top-11 positions.

I spoke with one Honda team member yesterday, who was quite despondent about the state of affairs. In a rather not-so-bright-outlook on the remaining four races of 2015, this individual said, "these races have sort of become glorified test sessions."

Moving back to the Bowtie Brigade, Lucille Dust spoke with KV Racing Technology's Stefano Coletti before second practice. The Monegasque rookie says he has learned a lot and is beginning to feel more comfortable on ovals. However, as of now, he has no deal for 2016.

Lucille also ran into A.J. Foyt right outside pit lane after second practice. Big Tex said he's feeling better – he's definitely looking better – but he says he's "not all the way there yet." We wish Mr. Foyt the best in his continued recovery, and enjoy seeing him back at the track.

Well, we're off to the track soon. More later.