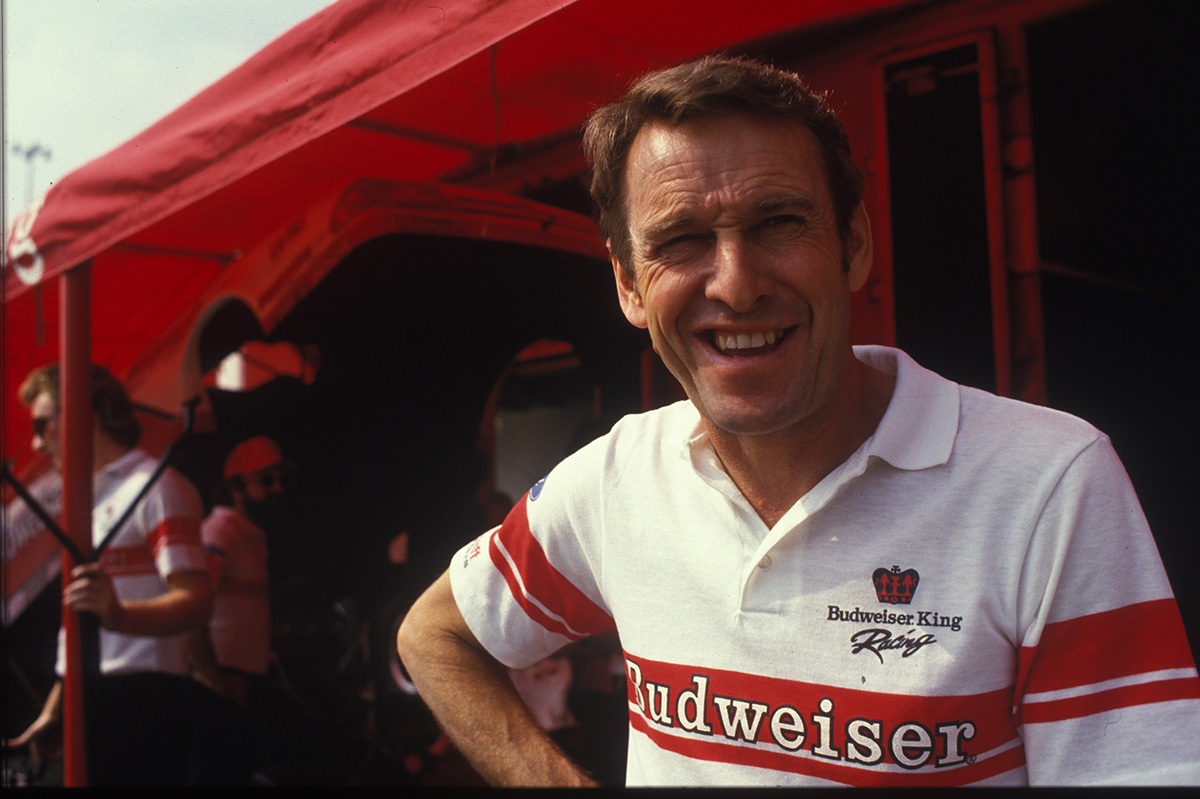 Dale Armstrong, whose talents as a driver, tuner, fabricator and innovator rivaled those of drag racing legend "Big Daddy" Don Garlits, died Friday at his home in Temecula, Calif., with his wife, Susie, and their menagerie of rescued dogs and cats by his side. He was 73.

Although he was best known as crew chief to Kenny Bernstein when the Texan won five of his six NHRA championships, Armstrong was much, much more. In fact, he already had completed one successful career before he and Bernstein joined forces in 1982.

Born in Holden, Alberta, Canada, Armstrong developed his mechanical skills modifying hot rods in his family's garage. He started racing in 1957 and, in 1965, moved to Southern California because it provided him an opportunity to race his Chevy II up to five days a week.

His driving career took off in the mid-1970s with the debut of the NHRA's Pro Comp category in which fuel altereds, Funny Cars and dragsters raced against one another in a heads-up format.

Armstrong won NHRA Pro Comp events in four distinctly different vehicles – a BB/Funny Car, an A/Fuel Dragster, a AA/Fuel Altered and a Top Alcohol Dragster which, at the time, was designated AA/DA. It was from that "AA" designation that Armstrong's "Double-A Dale" nickname was derived.

Not surprisingly, Armstrong excelled in the sport's biggest race, the Labor Day U.S. Nationals at Indianapolis, in which he won Pro Comp in 1974 (in an altered), 1975 (in Jim Foust's "Alcoholic" Funny Car) and 1977 (in a Top Alcohol Dragster). He followed up his 1975 NHRA World Championship by winning seven of nine IHRA tour events and that organization's series title a year later.

After moving up to the nitro Funny Car class and despite racing on a tight budget, Armstrong went to three final rounds and, in his final appearance as a driver (Oct. 18, 1981), lowered the NHRA national record to 5.89 seconds after qualifying No. 1 for the season-ending Winston World Finals in Irvine, Calif.

Armstrong won championships first as a Pro Comp driver in 1975, and in 1977 he won the prestigious Grace Cup as the highest-points-earning Sportsman racer.

Armstrong is best remembered for his work as the innovative crew chief for Kenny Bernstein. Together they won 48 national events, five NHRA world championships and, in 1992 broke the 300-mph barrier in Gainesville.

As Bernstein's crew chief, he won four straight NHRA Funny Car titles (1985-1988) before adding a Top Fuel championship in 1996. Nevertheless, his biggest career moment came on March 20, 1992 at Gainesville, Fla., where Bernstein became the first driver in history to break the 300-mph barrier.

After leaving Bernstein's Budweiser King team, Armstrong was crew chief to Larry Dixon at Don Prudhomme Racing, Inc., and, while there, directed the three-time world champion to the first sub-4.50 time in the history of quarter mile racing.

Despite his driving and tuning prowess, Armstrong's genius lay in his innovative skills. With Tony and Lanny Miglizzi of L&T clutches, he developed the first multi-stage clutch. With Ron Armstrong (no relation), he refined data acquisition with their work on the RacePak computer which became the standard for the sport.

He was among the first to utilize the wind tunnel for straight line applications and his race car designs were legend. The most controversial of his configurations was Bernstein's "Batmobile" Buick Reatta Funny Car that broke all the barriers in 1987, leading to a plethora of NHRA rules changes.

Nevertheless, some of his most creative projects were snuffed out before they were even tested, mostly because of expense. Among them was a two-speed supercharger and a three-plugs-per-cylinder head design.

After leaving the sport, Armstrong remained active as a consultant, most recently to John Force Racing, Inc., although his principal interest was in restoring classic vehicles and race cars.

The attention to detail and meticulous craftsmanship that had made him a racing champion also made him one of the nation's top restoration professionals. In fact, he had several projects in development when he lost his battle with complications from sarcoidosis.

If he hadn't been a drag racer, Armstrong told his wife he might've played steel guitar in a country music band, a dream that now will go unfulfilled. However, one can only imagine what the steel guitar might have become in the hands of "Double-A Dale."