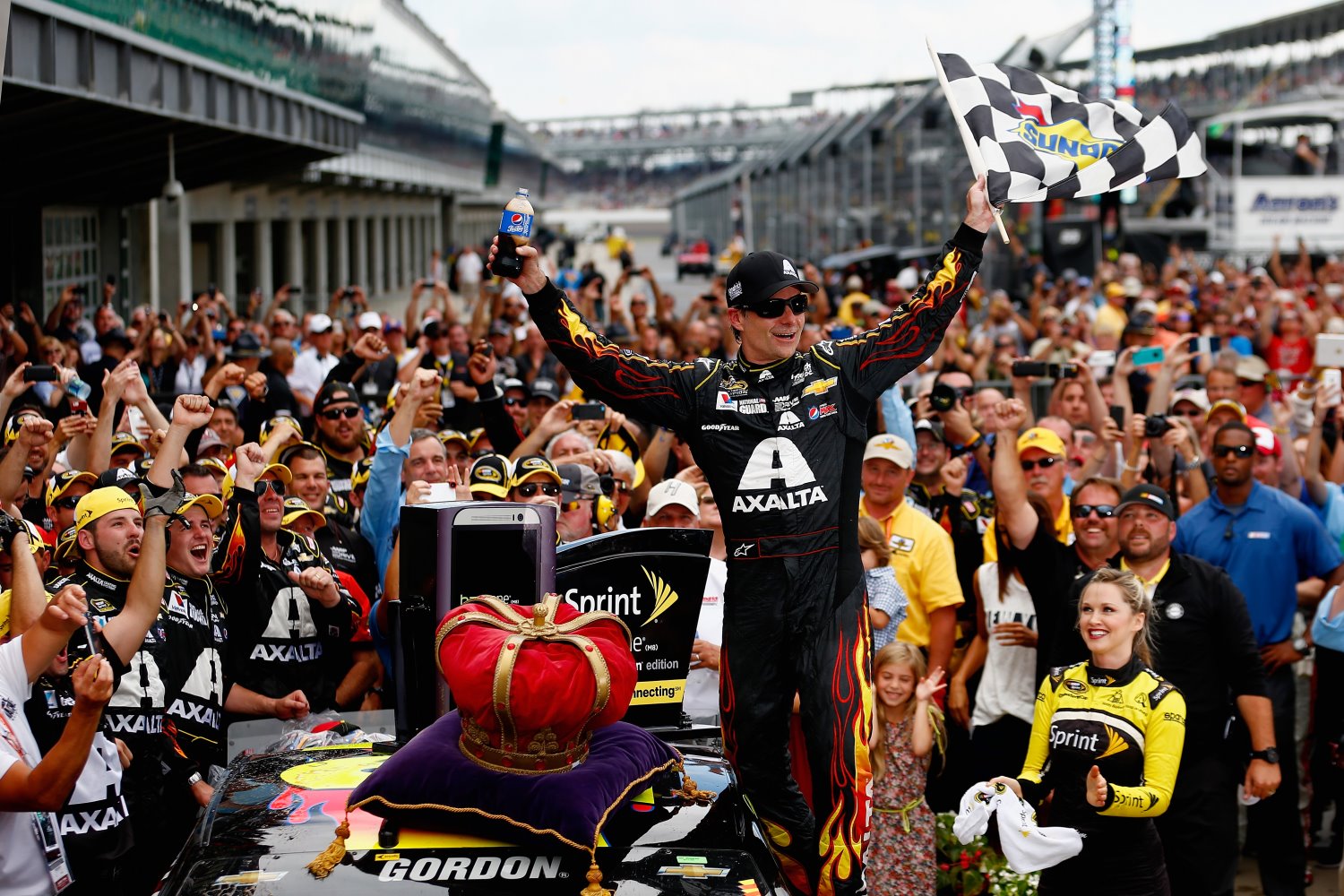 UPDATE #2 ESPN finished with a 3.4 rating and 5.2 million viewers for its final telecast of the annual NASCAR Sprint Cup Series race at Indianapolis Motor Speedway last Sunday, down from a 3.6 rating and 5.46 million viewers last year. The figure is the second lowest for ESPN since it began airing the race in '07, behind only the '12 race, which went head-to-head with the London Olympics. NBC will again air the Brickyard 400 next year.

Indianapolis led the nation’s metered markets with a 15.0 rating, up from a 13.7 rating last year, while Greenville/Spartanburg/Asheville was second with a 9.4 rating. North Carolina’s Greensboro/High Point/Winston-Salem market was third nationally with an 8.7 rating while Charlotte and Richmond tied for fourth at 7.7.

ESPN’s live telecast of Saturday’s NASCAR Nationwide Series race at IMS earned a 1.3 rating, averaging 1,988,000 viewers. Viewership was up over last year’s race, which averaged 1,913,000 viewers with a 1.4 rating.

No, the crowd at yesterday's Crown Royal Presents the John Wayne Walding 400 at the Brickyard Powered by BigMachineRecords.com was not impressive. However, ESPN's overnight rating for yesterday's NASCAR race at Indianapolis Motor Speedway drew a very solid 15.0 overnight rating in the local Indianapolis market. The national number for the ESPN race was 3.2 down from 3.4 in 2013.

By comparison, this past year's Indianapolis 500 drew a 12.3 overnight locally on ABC. Now, it should be noted the Indy 500 is blacked out locally, and shown on tape-delay, whereas the Brickyard 400 airs live.

Still, a very impressive number for the Brickyard locally. Surely, native son Jeff Gordon winning had a positive impact on the viewing audience.