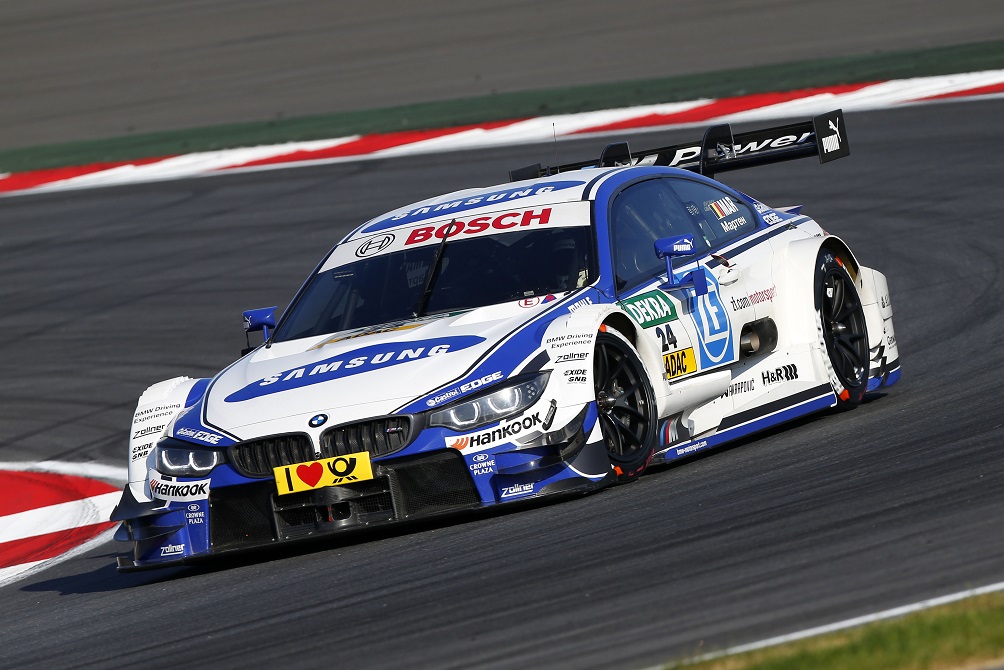 Maxime Martin is the buoyant winner of the fifth DTM season round in Moscow. After his maiden pole position, the Belgian drove his BMW M4 DTM to his first ever victory in the most popular international touring car series. From the start of the race, the 28-year-old pulled clear from the opposition and took the checkered flag after 46 laps with a margin of 4.259 seconds from Bruno Spengler (BMW). "A perfect day for me. After a good start, I was able to pull away continuously with the soft tires. There were two safety car phases in the race and I was really worried that I could lose my leading position because of that. Nevertheless, I managed and I am now overjoyed. First pole, then this victory – just fantastic," the BMW driver enthused. In total 50,000 spectators attended the DTM's second visit to Russia.

Mattias Ekstrom took the final podium slot after finishing third. The Swedish Audi driver impressed the numerous fans on the grandstands with a strong charge through the field from eleventh on the grid and crossed the finish line 9.454 seconds down on Martin. The two times' DTM champion commented his podium success in Moscow as follows: "It was a surprise that we weren't better in qualifying. However, the Sunday is much more important and that is when we showed a good performance. I had a nice race including some great battles with Timo Glock. I am really happy with my third podium finish of the season."

After a disappointing qualifying, the Mercedes-Benz drivers were successful in damage limitation and scored points. Christian Vietoris, who started the race from 21st place with his DTM Mercedes AMG C-Coupé, finished in seventh place ahead of his fellow Mercedes-Benz driver, Pascal Wehrlein. "For us, the situation is still difficult. We do what we can. For me, this was the best race of my career. We are working very hard and continue to give everything to improve," Vietoris commented.

BMW driver Marco Wittmann showed his competitive spirit and was classified fourth. With 70 points, the German is the ‘half-time champion' in the DTM. His main rival in the battle for the title is Mattias Ekstrom, who is 20 points down. Mike Rockenfeller had to accept a huge setback in the battle for the title. The Audi driver, who scored points in every round so far, now had to park his Audi RS 5 DTM following a collision.

After Moscow, the DTM is heading to Austria for its third race of the year outside of Germany. The sixth round of the season takes place at the Red Bull Ring in Spielberg, August 3.

Jens Marquardt, BMW Motorsport Director: "I am totally happy with Maxime Martin's victory and the overall result. The young boy drove victory home in a very cool way. That was great. Another important factor was that Marco Wittmann achieved a decent point score."

Dieter Gass, head of DTM, Audi: "Certainly, the race didn't go quite according to our plan, because we intended to repeat our victory from last year. Unfortunately, however, we made too many mistakes. Mattias Ekstrom has shown an impressive performance during the race. With a better starting grid position, he certainly could have achieved even more."

Wolfgang Schattling, head of DTM management, Mercedes-Benz: "The race wasn't easy, but that is what we had expected after the disappointing qualifying. Having two cars in the points is a conciliatory result for Mercedes-Benz."