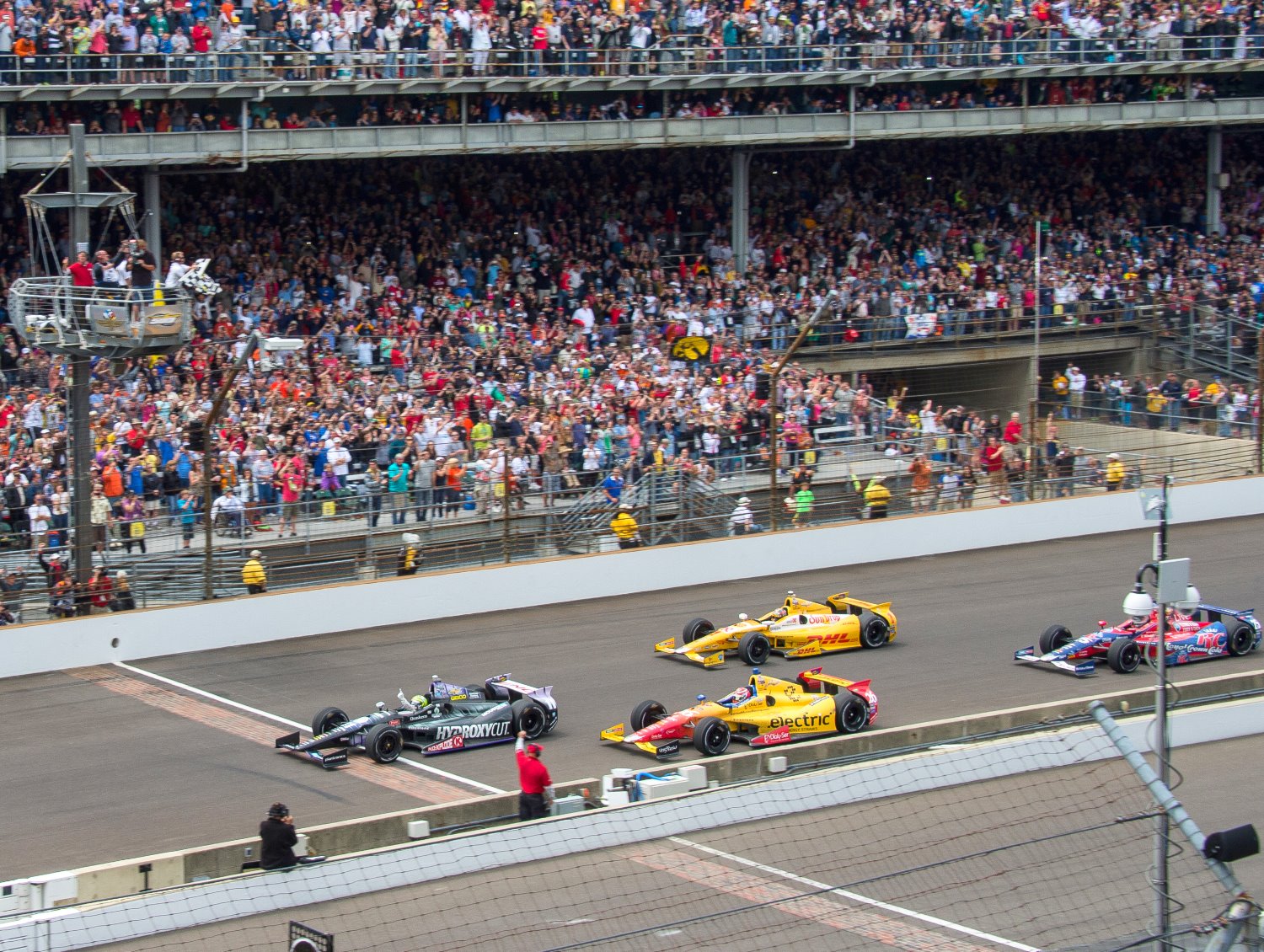 After a long, arduous journey that took him from Brazil to Europe and finally to America, Tony Kanaan came through for a very popular win in the 97th running of the Indianapolis 500 on Sunday, realizing a lifelong dream. In one of the most scintillating Indy car races ever run, Kanaan averaged 187.433 mph, the fastest Indianapolis 500 in history. There were a race-record 68 lead changes among fourteen drivers, which was also a record.

For the sport of Indy car racing and the INDYCAR organization Sunday's race couldn't have come at a more opportune time. The racing enthusiast public, the NASCAR-centric American sports media and the global racing audience witnessed a magnificent Indianapolis 500. It was the kind of memorable race that served as a reminder to everyone that when INDYCAR is on its game, there are few other forms of racing that can compete with it.

With passing and lead changes and top drivers jockeying for position throughout the race, the 97th running of the Indianapolis 500 was a tense duel that showcased the glory of American open-wheel racing in a way that no slick advertising campaign could ever do. This was Indy car racing the way it should be: spectacular, breathtaking and heart-stopping, with a riveting finish marred only by the late caution.

Which brings up another point, as ace USA Today reporter Nate Ryan tweeted in agreement at the end of the race, but there are no Indianapolis 502s, or 505s or 508s. There are no gimmicks, no do-overs, no let's just run a little longer and manufacture a green-white-checker finish. It's 500 miles, as advertised. Which, remarkably enough, is as it should be.

It's races like this latest Indianapolis 500 that present a clear juxtaposition to NASCAR, one that INDYCAR can mine to its advantage. But make no mistake, after every great Indy 500 there's usually a hangover of disinterest that seems to creep over the sport of Indy car racing, and by the end of the year the TV numbers return to the basement and the lack of interest is apparent, glaring in fact.

It's up to the powers that be in INDYCAR to sustain the momentum from Sunday's riveting 500. As I tweeted during the race, if INDYCAR ever got its act together, NASCAR is vulnerable because of its death march of a schedule, the interminable races, the oversaturation and the vision-less leadership. (More on Indy, F1 in Monaco and Charlotte in "The Line.")

I should also send kudos to GM Racing while I'm at it because the Chevrolet twin-turbo V6 engines were the class of the field, even though Justin Wilson had a spectacular run to fifth place in the No. 18 Dale Coyne Racing Honda-powered machine. But GM's success should also lead to some worrying in the INDYCAR executive offices, especially with Honda committing to F1 with McLaren in 2015. Priority No. 1 for INDYCAR should be to attract more engine manufacturers, because if it becomes a one-manufacturer series again in a couple of years the same old three-steps forward, five-back dance of mediocrity will swallow the sport whole. INDYCAR must break that pattern. Now.

That all said the day belongs to Tony Kanaan and the entire KV Racing Technology team. Congratulations to Tony for never giving up on his dream, and to Jimmy Vasser (and Kevin Kalkhoven), too, for his diligence and relentless commitment to the sport of Indy car racing.

It was a great day all around. Autoextremist