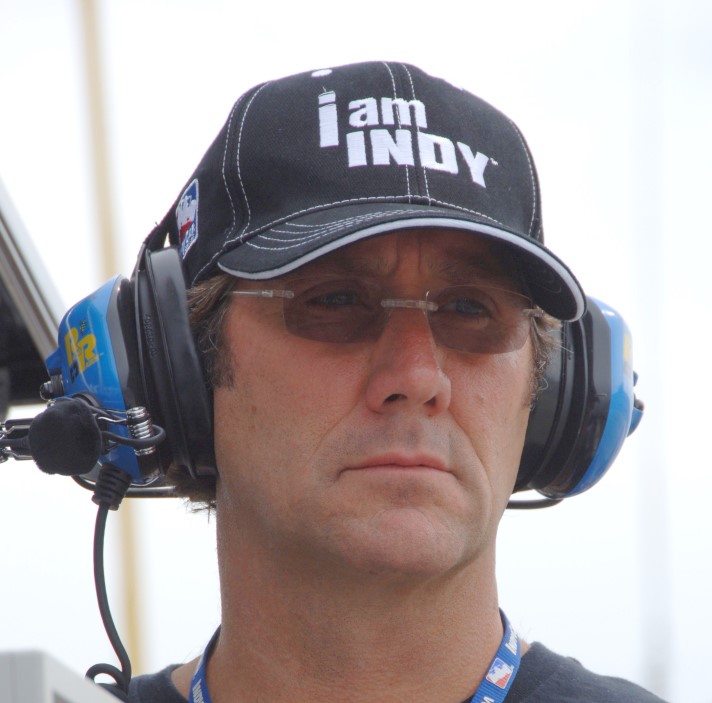 [Editor's Note: The day Tony George let the France family (NASCAR) and F1 into the brickyard was the day the Indy 500 attendance began to dwindle. Now they are allowing the Nationwide and Grand-Am series in to further dilute the fan base. Indy fans can only afford to buy so many tickets in one season. Hence why attendance for this year's Indy 500 was down noticeably and why it will continue to dwindle. The Indy 500 used to sellout within weeks of the tickets going on sale. Now they have to beg to give them away. More data points on Tony George's legacy of destroying IndyCar racing. IMS is the holy grail of IndyCar racing. Daytona is the holy grail of stock car racing. It will be a cold day in hell when the France family lets IndyCar race at stock car's holy grail palace. That point was missed with Tony George.]

GRAND-AM Rolex Sports Car Series drivers and teams prepared for the inaugural Kroger Super Weekend at the Brickyard in July by participating in a tire test on the Grand Prix road course Tuesday, June 12 at the Indianapolis Motor Speedway.

GRAND-AM will make its IMS debut Friday, July 27. Separate races for the Rolex Sports Car Series and Continental Tire Sports Car Challenge will take place that day on the 13-turn, 2.534-mile Grand Prix course at IMS, with NASCAR Sprint Cup Series and Nationwide Series action also on the oval during the four-day event from July 26-29.

"I think it's going to be incredible," he said. "I absolutely love coming to Indy, whether it's an Indy car or a stock car. Now it's even more exciting coming in a Rolex Sports Car with the TELMEX BMW. I think the fans aren't going to know how to react when they see what we're going to do. Between the Prototypes and GTs, we'll probably start 50 to 60 cars, and there will be so much passing going on that there will be absolute havoc going on out there. It'll be tough for the drivers, great for the fans."

Rojas, who first drove in the GRAND-AM Rolex Sports Car Series when he joined the Ganassi-Sabates team in 2007, enjoyed testing at IMS and looks forward to racing there in July.

"I'm really excited to be back at the Speedway, first of all, because it's a great track to drive at any time whether it's a test or a race, and particularly this time because we have the race upcoming in July and we're really excited about it," Rojas said. "I think the fan base here in Indiana has a lot of road-course fans that appreciate what we do. The fans that were here for the F1 races will have a chance during the Super Weekend to see the Sprint Cup cars and the Nationwide cars on the oval, but they also get a chance to see road-course racing with us, and we think that's going to be really exciting and I invite everybody to come."

Rojas believes the IMS road course is wider than most courses on the GRAND-AM schedule, which he thinks will provide more side-by-side racing.

"Typically we run tracks that are more narrow and shorter, and with so many cars with the GT cars and the Prototypes it will get pretty busy, so being at Indy, which is a track that is pretty big, it should be good for us," Rojas said.

Jon Fogarty also tested at IMS after previously running here during a 2009 test that determined GRAND-AM could run successfully at the "Racing Capital of the World." Fogarty shares the No. 99 GAINSCO Auto Insurance Corvette DP with Alex Gurney, son of Indy 500 legend Dan Gurney.

"It's awesome," Fogarty said of IMS. "It's great to come to the capital of racing here, and unfortunately it's a place I haven't had a whole lot of visits to. My open-wheel career was kind of split apart and I ended up in sports cars, so I never had the chance to race on the oval. But I'll take coming here and racing on the road course."

Fogarty believes the GRAND-AM competition will be fierce during the Kroger Super Weekend because of the heavy traffic on track.

"The configuration should make for some pretty great racing, especially in a split-class series like we have with the Prototypes and the GT cars," Fogarty said. "Obviously you have an extraordinarily long straightaway and quite a technical road course, so there's going to be situations where we're overtaking the slower cars. And having your run interrupted as you try to get on to that front straightaway is really going to create an opportunity for overtaking, and I think we'll see a lot of lead changes here."