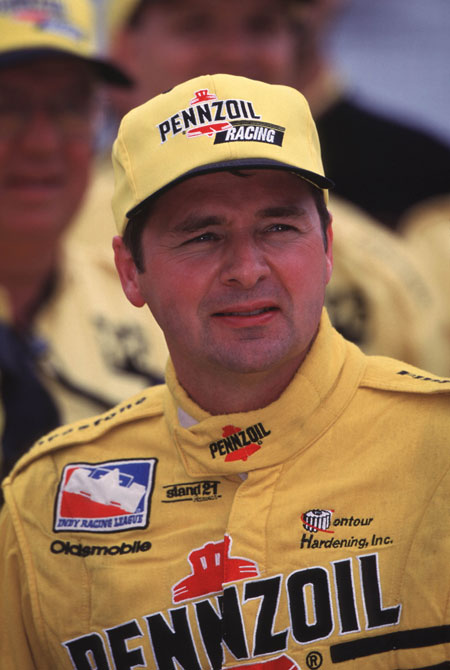 Open-wheel ace Scott Goodyear might not have raced on the streets of Surfers Paradise since 1994, but he has not lost his love of Queensland’s Gold Coast or the state’s number one event.

The future of the Gold Coast Indy 300 has been secured for at least another six years with a deal being reached with the Indy Racing League’s new-look IndyCar Series and V8 Supercars Australia today.

Now regarded as one of the world’s iconic motorsport events, the Gold Coast Indy 300 is now secure until and including 2013 with major plans already underway for a massive 20th anniversary celebration in 2010.

This year’s event will be held from October 23-26 and will include talented young Australian drivers Will Power and Ryan Briscoe.

Goodyear, EPSN’s IndyCar Series driver analyst in the US, is a former driver in both CART and IndyCar Series events, and was full of praise for the Australian event in a column which was published on www.indycar.com, the official site of the IndyCar Series.

“If Surfers Paradise is added to the schedule for 2008, I know this race will quickly become a favorite for all," said Goodyear.

“For my first event there, my wife Leslie and I went down early so we could spend a week enjoying the beach and the outback.

“For me, the highlight of the season would be returning to Surfers Paradise. Even though I had a couple of adventures there, this is a very cool track and a great event.

“Sure it's a long haul to get over there, but as the final event of the season everyone will want to take some time to hang out and enjoy one of the prettiest places on Earth.

“Stay and experience the ocean and the beaches. Leslie and I even went horse back riding in the outback. I have an eventful story of that experience that I will share with you closer to the event."

Goodyear drove four times in the Gold Coast race from the inaugural event in 1991 through to 1994, posting three top-10 finishes.

The talented Canadian is probably best remembered for his “closest ever finish" result at the Indianapolis 500 in 1992 when he finished just 0.043 behind Al Unser Junior after starting last on the grid.

After driving his last CART race at Laguna Seca in 1996 he moved to the IndyCar Series where he had 39 starts for one pole and three wins and a second-place finish in the 2000 title chase. He retired from racing after a crash in 2001 at the Indy 500.

“The IndyCar Series of the future will bring all the best open-wheel drivers together in the same series, on the same tracks, driving the same cars, making it easy for fans to understand what they are watching," said Goodyear.

“We know we will bring all the die-hard fans together, either at the racetrack or in front of the television sets. For the casual fan, now there is no confusion about what series they are watching.

"Thankfully, it's the beginning of the revival of open-wheel racing. Now let's go have some fun."

“The Gold Coast Indy 300 has become one of the world’s truly great motorsport events and we are delighted that it will be part of the IndyCar Series schedule," said George.

“I know so many of our teams and drivers, who have been to the event previously hold it in high regard and we are delighted that it will be one of the highlights of the IndyCar season."