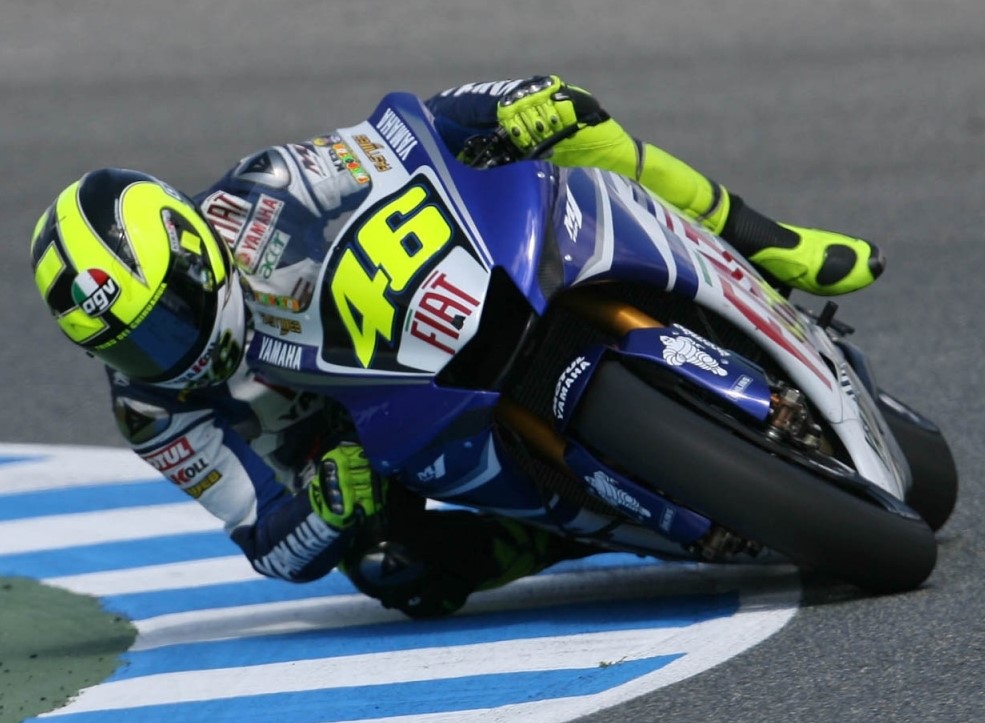 ‘The Doctor’ made good use of his Michelin qualifying tires at the Sinopec Great Wall Lubricants Grand Prix of China on the 20th of 24 laps, to knock more than two seconds off any previous time he had recorded this weekend and break Dani Pedrosa’s circuit best lap set on 990cc machinery last year by 0.585s.

It was astonishing performance especially given that Rossi’s nearest challenger in the session, Rizla Suzuki’s John Hopkins, could only get within 0.891s of him after a series of incredibly tight MotoGP qualifying contests previously in 2007.

But after taking pole ahead of team-mate Colin Edwards by just 0.149s in the last round of the World Championship in Turkey only to fall away dramatically and eventually finish 10th due to tire problems Rossi will be counting on a better set-up from Michelin for tomorrow’s Grand Prix. The five-time former World Champion will be looking to repeat his 2005 Chinese triumph as he looks to regain his title.

Meanwhile Suzuki rider Hopkins has looked good on Bridgestone race tires all weekend and qualified second by lapping in a highly respectable 1’59.315 to put him second on the grid and in with a good chance of achieving his first ever podium finish.

Also hoping to bounce back from a Turkish disappointment, Rossi’s Yamaha colleague Edwards will start in third after qualifying 0.982s off the pace. He will be followed on the grid by current World Championship leader Casey Stoner (Ducati Marlboro) who was 1.092s slower than Rossi despite a 13 km/h top speed advantage over the Italian.

In fifth and sixth are Repsol Honda’s ever steady Dani Pedrosa and Honda Gresini’s Marco Melandri, who has achieved by far his best starting position so far this year – after improving in Turkey following a frustrating start to the season.

Kawasaki’s Randy de Puniet was at the top of the timesheets for a significant period but ended up finishing seventh, just ahead of Pramac D’Antin’s Alex Barros was eighth despite recording a notable top speed of 332.5 km/h.

World Champion Nicky Hayden will have to battle through the traffic again if he is to record the first podium appearance of his title defense having managed only ninth on the grid, while the top ten was completed by Konica Minolta’s Shinya Nakano.

The gap between Edwards best lap in third position and Loris Capirossi’s fastest in qualifying 14th was less than a second in what was another close qualifying practice with the exception of Rossi’s maestro performance.