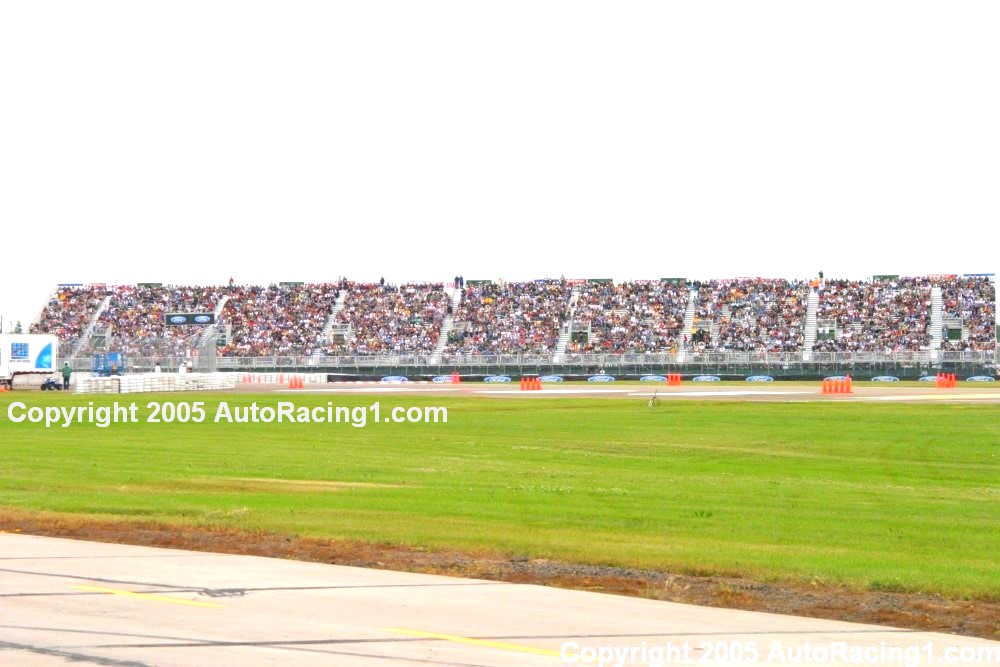 The track has announced that Friday's attendance in Edmonton was 55,722. 07/15/05 A large crowd turned out Friday in Edmonton to watch Champ Car practice and qualifying in overcast and slightly damp weather. As can be seen from the photo at the right, considering it was a work day the grandstands were nearly full. Ditto for the suites. Paul Tracy commented – "The race promoter here in Edmonton really hit a home run. It feels good to see all the enthusiastic fans and the grandstands and suites nearly full on a Friday."

Nelson Philippe added, "I like the track very much, I’m really amazed by the fans, the crowd here is a big boost for the drivers, it’s only Friday and it looks like Sunday – it’s people everywhere." In the photo to left fans cram outside the pit entrance to get a glimpse of the drivers. 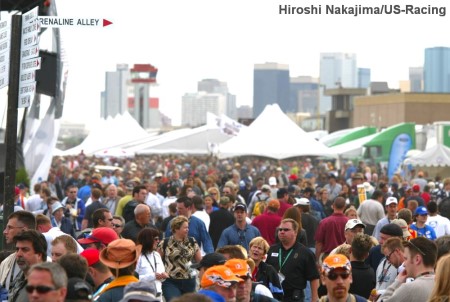 The crowd in the paddock was huge