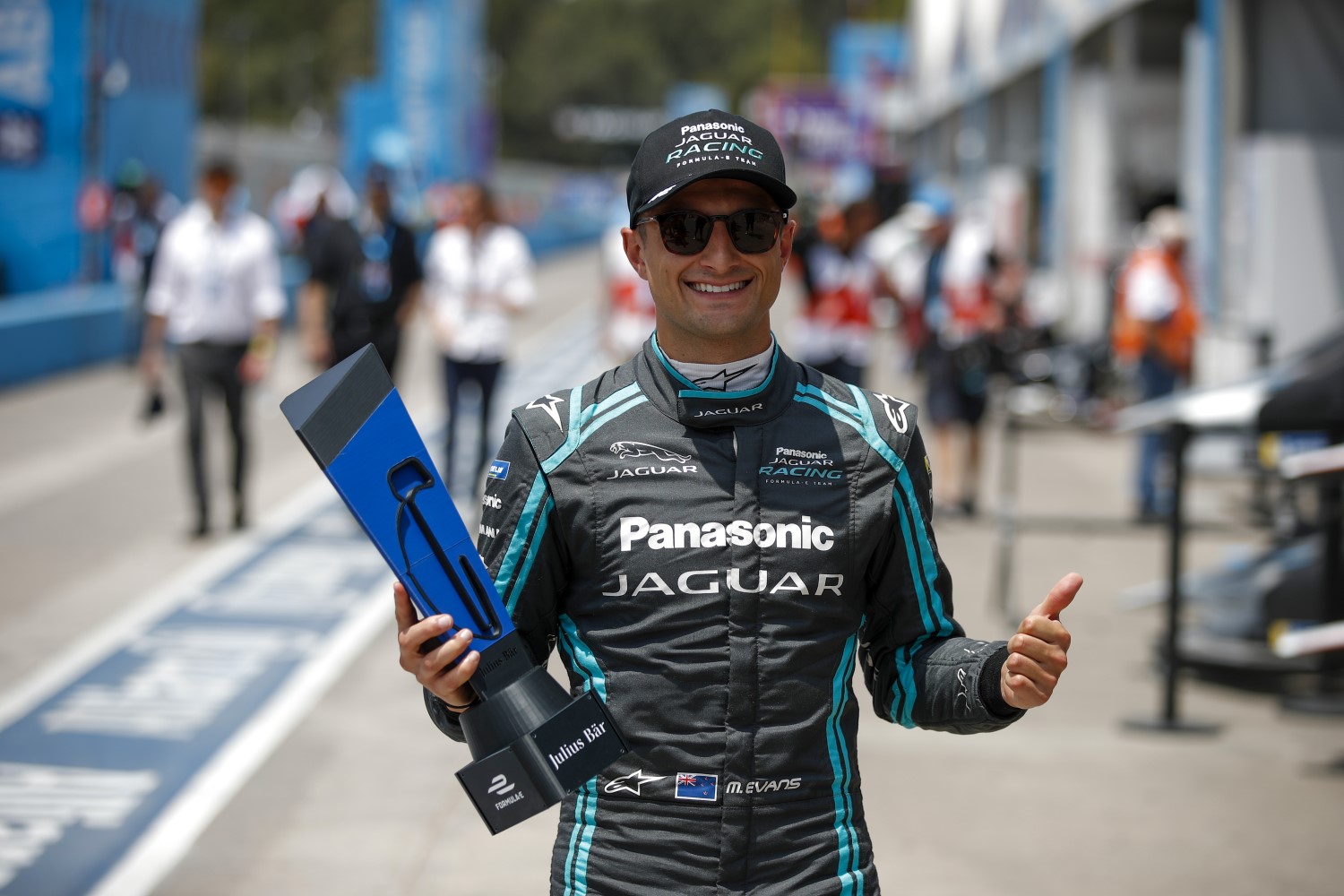 Panasonic Jaguar Racing's Mitch Evans made it through a challenging Qualifying session to snatch the Julius Baer Pole Position for the first time in the 2019/20 ABB FIA Formula E Championship.

With track temperatures soaring to 41 degrees Celsius in the midday sun, conditions around the Parque O'Higgins circuit were getting even more challenging. Despite the tough conditions, 19 cars finished the session within a second of each other.

Just missing out on Super Pole was Rokit Venturi Racing's Edoardo Mortara will start the race in seventh ahead of rookie Mercedes EQ driver Nyck de Vries and his teammate Stoffel Vandoorne. Rounding off the top ten is DS Techeetah's Antonio Felix da Costa, who sits ahead of his teammate.

[adinserter name="GOOGLE AD"]For our reigning champion Jean-Eric Vergne, the DS Techeetah driver will start the race 11th in the middle of the pack. Currently 12th in the standings, Vergne will need to make up places here in Santiago to get his third title challenge back on track. Behind the Frenchman sits TAG Heuer Porsche Formula E team's Neel Jani with Audi Sport Abt Schaeffler's Daniel Abt in 13th.

Behind Abt sits Porsche front man Andre Lotterer in 14th, followed by championship leader Alex Sims (BMW i Andretti Motorsport) in 15th. Currently leading the way, a 15th place finish could cause trouble for the British driver's championship title hopes.

Suffering car trouble towards the end of his flying lap, Mahindra Racing's Jerome d'Ambrosio is left starting the race 20th. After failing to start the last race in Saudi Arabia due to technical issues, the Belgian driver will need to work hard to improve his standing.

For Envision Virgin Racing's Robin Frijns, the Dutch driver spun 360 degrees through Turn 1, narrowly missing the wall and Venturi's Edoardo Mortara. Ending up facing the right direction, Frijns continued his lap despite the significant loss of time and will start the race 21st.

Audi Sport Abt Scheaffler driver Lucas di Grassi locked up into Turn 9, narrowly missing the wall and crucially loosing time. The former champ will start 23 in Santiago. For Nissan e.dams' Oliver Rowland, the British driver met with the wall on Turn 4, causing significant damage to the car ahead of the race. With just hours to go until the main event, time will tell if the Nissan garage can get Rowland race ready in time. If so, the Brit will start the race in 22nd.

Suffering a collision with the wall at the end of Practice 2 in the morning, NIO 333's ma Qinghua failed to make it out for Qualifying. With the NIO garage busy repairing his car, it's likely the Chinese driver will start the race at the back of the pack.