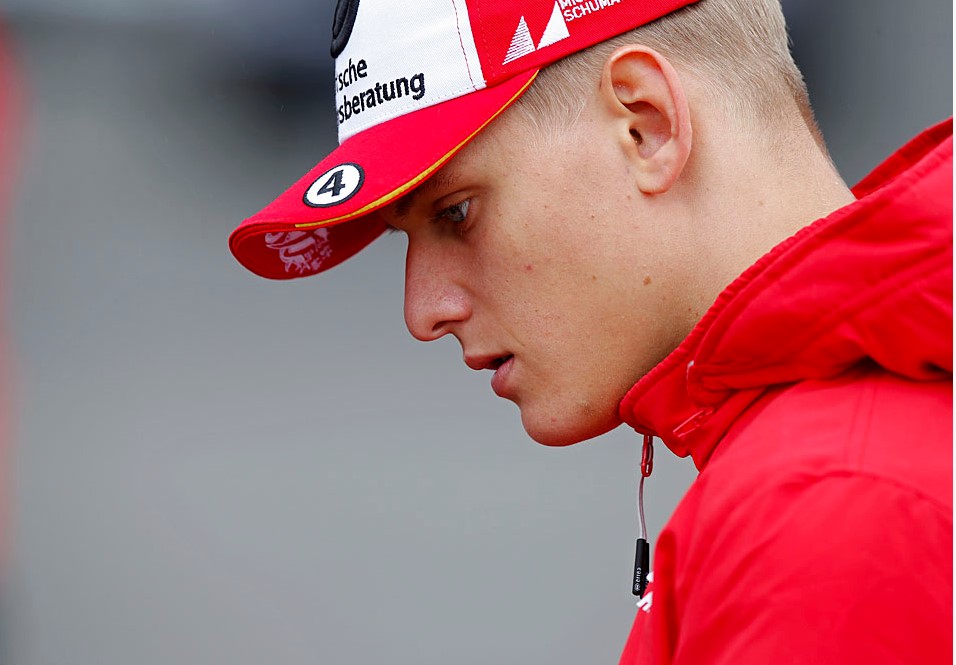 In first qualifying of the FIA Formula 3 European Championship during the season finale at Hockenheim, Guanyu Zhou (PREMA Theodore Racing, 1m32.335s) claimed first place. As a result, he will be starting from pole position for the 28th race of the season. In bright sunshine, Spaniard Alex Palou (Hitech Bullfrog GP, 1m32.355s) ended up second behind the Chinese.

As qualifying started, title favorites Mick Schumacher, Daniel Ticktum and Marcus Armstrong were still taking their time waiting in the pits. Halfway through the session, Jehan Daruvala (Carlin, 1m32.373s) was on top from Ferdinand Habsburg (Carlin, 1m32.698s) and Alex Palou. Only in the final third of the session, the names of Schumacher, Ticktum and Armstrong appeared on the timing screens for the first time. Soon after that, Schumacher moved up into first place, but had to hand the lead to Zhou immediately afterwards. The German countered once, but eventually had to let his Chinese teammate in front.

Behind Zhou, Palou was classified in second place from Robert Shvartzman (PREMA Theodore Racing, 1m32.370s), who started the final weekend of the season as the leader in the rookie standings. Daruvala ended up fourth from Juri Vips (Motopark, 1m32.450s), Armstrong and Schumacher. 16-year-old Dane Frederik Vesti (Van Amersfoort Racing, 1m32.581s) shone with eighth place on his debut in the FIA Formula 3 European Championship. Thus, he was classified ahead of title candidate Ticktum, who was ninth. Sacha Fenestraz (Carlin, 1m32.598s) rounded out the top ten.

Guanyu Zhou (PREMA Theodore Racing): “I already had a good feeling after free practice. In qualifying, it was considerably warmer, which, of course, had its effect on the track as well. For us as the drivers, it wasn’t easy to handle the tires perfectly, but apparently I did well. After a second half of the season that hitherto hasn’t been too good, I am happy to be up front again now."

Juri Vips (Motopark) posted the fastest time in the final moments of second qualifying of the FIA Formula 3 European Championship. At the 4.574 kilometers long Hockenheimring Baden-WÃ¼rttemberg, he outpaced Mick Schumacher (PREMA Theodore Racing), Robert Shvartzman (PREMA Theodore Racing) and Jehan Daruvala (Carlin) and will be starting the 29th race of the FIA Formula 3 European Championship season from pole position. For the 30th and final race of the year, Shvartzman will be starting from the best grid position. Schumacher, Vips and Alex Palou (Hitech Bullfrog GP) will be lining up behind the Russian.

The gap from pace-setter Vips to Ferdinand Habsburg (Carlin, 1m32.783s), classified 16th, made it clear once more how extremely close competition is in the FIA Formula 3 European Championship. On one lap, the Austrian was just 0.499 seconds slower than the rookie driver from Estonia.

Juri Vips (Motopark): “Being on pole position here is a really great feeling, especially as the Prema drivers were usually in front of us during the past weeks. Prior to the weekend, I had never expected to be up front. And when I am honest, I don’t really know why it worked out that well here. At the Red Bull Ring, I also had the impression that my performance was good, but the results weren’t there. Now, I can not only be happy with my personal performance, but also with the results."

Robert Shvartzman (PREMA Theodore Racing): “Pole position is a great feeling. The two qualifying sessions here at Hockenheim went well for me. Next to pole position, I have also scored a pair of third places. Now, I have to try to do as well as possible in the race and to score as many points as possible. I am very happy with the end of my season, my team and I have improved a lot and at least at the end of the year, we have been able to show what we can achieve. I am very happy with that."