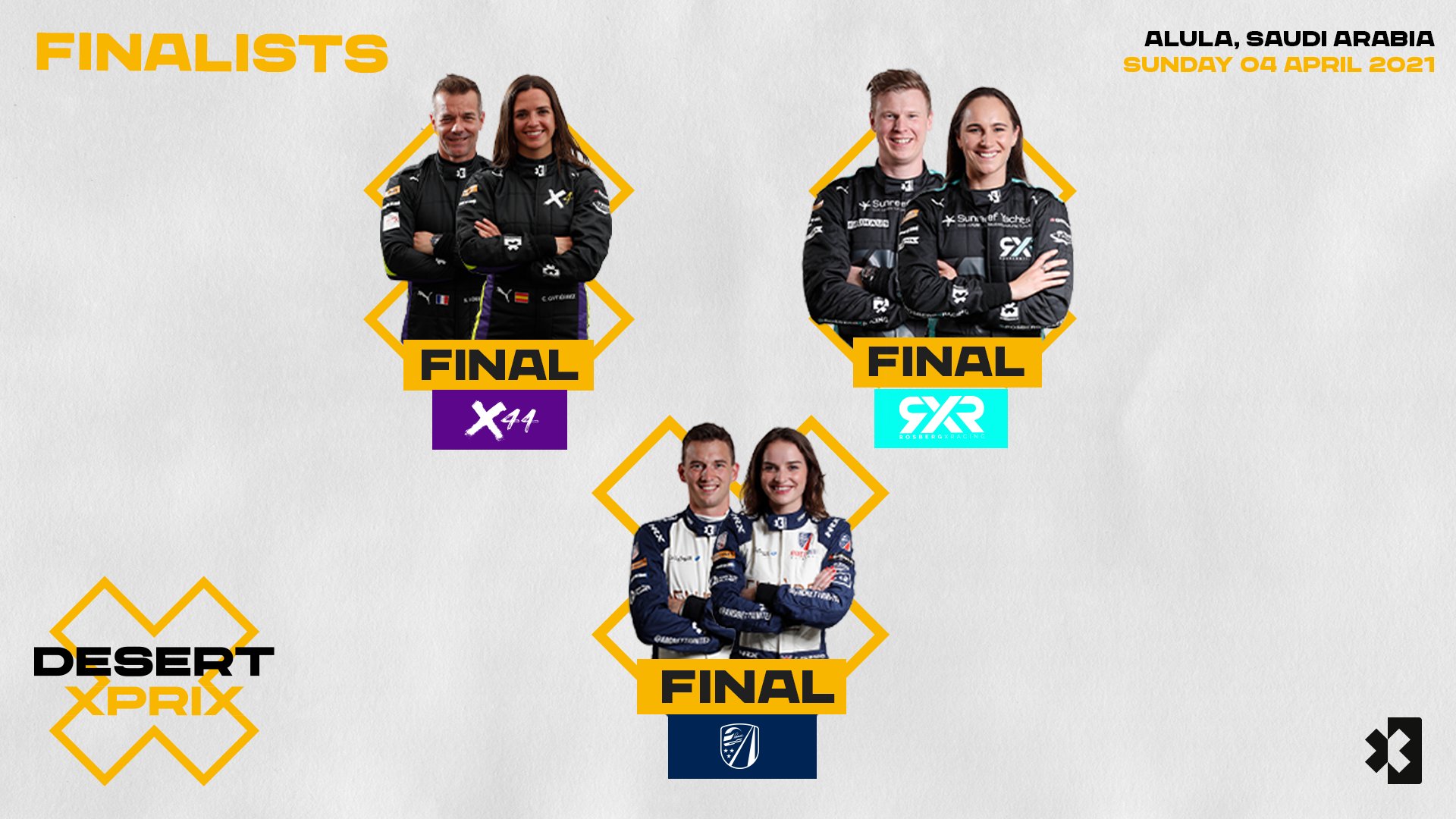 Rosberg X Racing was victorious in the Extreme E semi-final in Saudi Arabia and will face Lewis Hamilton’s X44 team and the winner of the Crazy Race, Andretti United, in the inaugural event finale.

The Rosberg team claimed the spoils and the first spot in the afternoon final by 28.91 seconds over Cristina Gutierrez and Sebastien Loeb in the Prodrive-run X44 Lewis Hamilton machine.

In the Crazy race to determine the final team to make the finals, he 2019 World Rallycross champion Timmy Hansen took the start from the effective pole position on the inside, made a sound getaway to steam into an unrivalled lead.

Munnings’ stayed out front and won by 30s to assure the Andretti United team the last slot in the final.