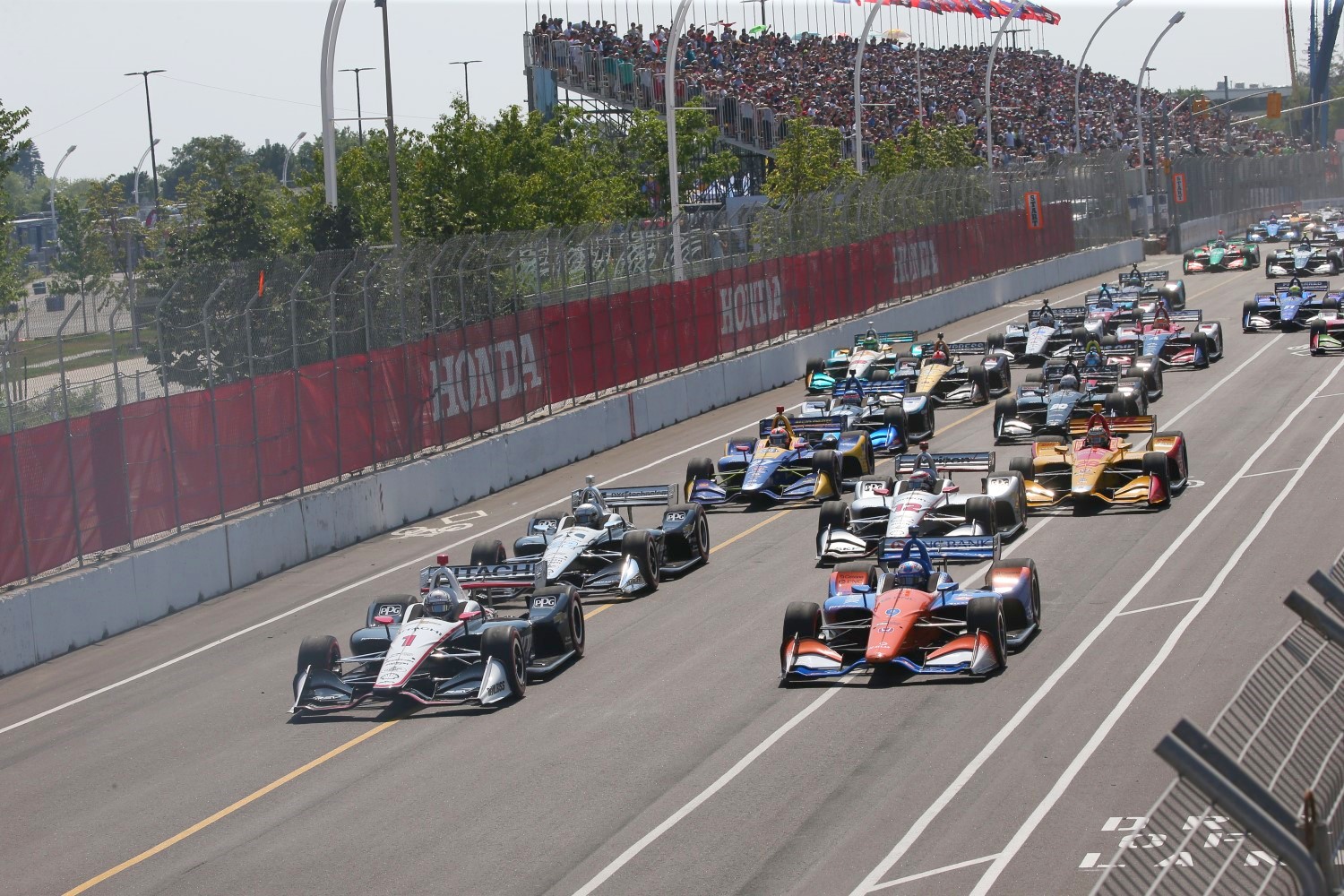 Indy Lights, Indy Pro 2000 and USF2000 were set to race alongside IndyCar on the streets of Canadian city Toronto on the July 9-11 weekend.

To make up for the loss of the trip to Canada, where each of the support series would have held two races, there will now be a double-header round for the Road to Indy at Mid-Ohio on October 1-3 to end the season.

“We want to thank our friends at Green Savoree Racing Promotions for accommodating us with an additional race date in early October,” said Dan Andersen, CEO of Road to Indy promoter Andersen Promotions.

The Road to Indy is already headed to Mid-Ohio on July 3/4, where USF2000 will hold three races.

“This will allow us to complete our West Coast-swing in September with Indy Lights at Portland International Raceway and WeatherTech Raceway Laguna Seca before we head into what now will be our finale for all three series. We will very much look forward to returning to the streets of Toronto in 2022.”

Due to ongoing restrictions in Ontario focusing on COVID-19 health-and-safety measures, organizers for the Honda Indy Toronto and the NTT INDYCAR SERIES jointly announce that this year’s event, July 9-11, will no longer be a part of the 2021 schedule.

“The NTT INDYCAR SERIES race around Exhibition Place and Princes’ Gates is a hallmark of our summer schedule,” Penske Entertainment Corp. President and CEO Mark Miles said. “To have that void for a second straight year is heartbreaking. We deeply miss our fans there and urge them to remain safe during these unprecedented times. INDYCAR looks forward to a high-powered return in 2022 and for years to come.”

The festival atmosphere on the Streets of Toronto has been a staple of the INDYCAR SERIES since 1986. The list of champions includes legendary names such as Bobby Rahal, Emerson Fittipaldi, Al Unser Jr., Michael Andretti, Alex Zanardi, Dario Franchitti and Scott Dixon.

INDYCAR is considering various scenarios for the remainder of the 2021 NTT INDYCAR SERIES calendar as it relates to the cancellation of the event on the Streets of Toronto.

The current mid-summer portion of the schedule will resume Sunday, Aug. 8 for the inaugural Big Machine Music City Grand Prix on the streets of Nashville, with live coverage on NBCSN. That event is the first of three races on consecutive weekends for the NTT INDYCAR SERIES, with the Nashville race followed by another historic NASCAR-INDYCAR weekend Saturday, Aug. 14 on the Indianapolis Motor Speedway road course and then the exciting oval at World Wide Technology Raceway on Saturday, Aug. 21.

The race has been removed from our 2021 Race Calendar.