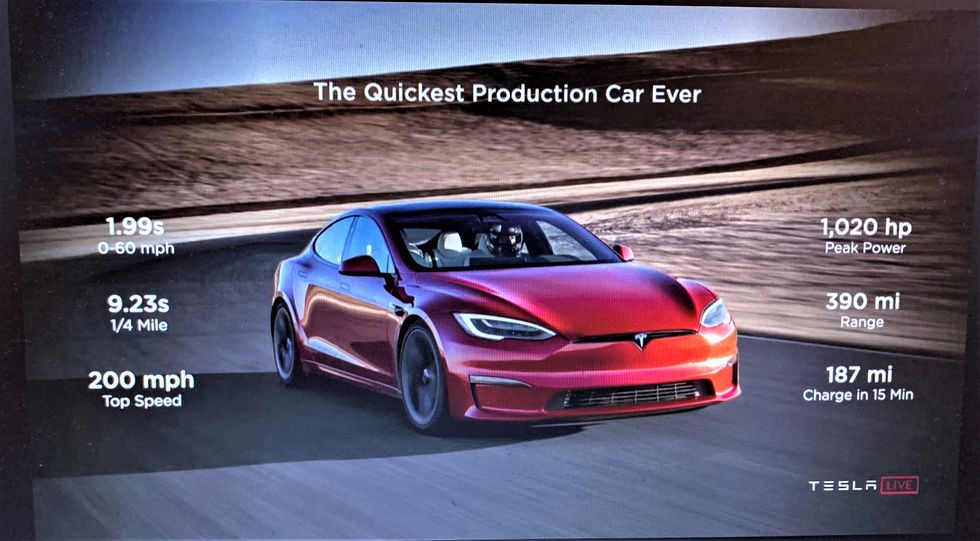 While the automaker had already unveiled the new version of the Model S in January, it didn’t go into details about many of the changes that they brought to the electric sedan.

The CEO commented during the presentation:

“To the best of our knowledge, this is the first time that there has been a production electric motor with a carbon over-wrapped rotor. This is a super hard thing to do because carbon and copper have very different rates of thermal expansion. In order to have a carbon over-wrapped rotor, you have to wind it with extremely high tension and that’s an extremely hard thing to do.”

Musk also confirmed that Tesla managed to achieve the lowest drag coefficient for any production car with a 0.208

One of the biggest surprises of the presentation was the new heat pump and thermal system in the new Model S. 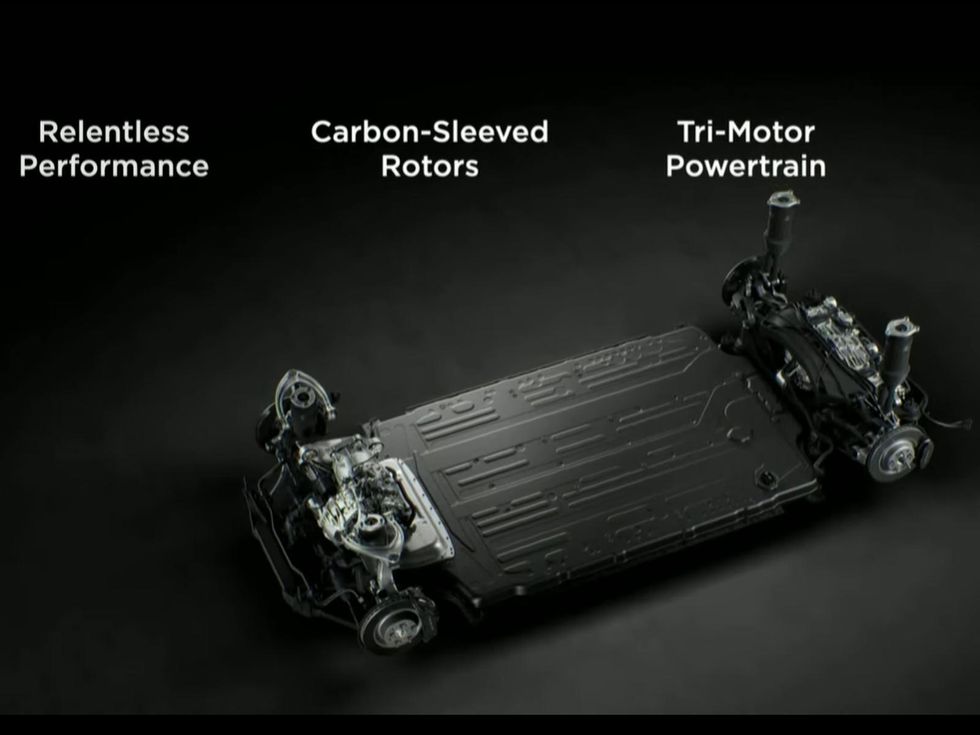 Tesla is claiming 0-60 mph in 1.99 seconds, quarter-mile in 9.23 seconds, and a 200 mph top speed, though those specs were already known before the event.

Musk talked about bringing the car back to the Nürburgring race track to test it again.

The CEO also briefly mentioned the fast-charging capacity of the new Model S at 187 miles of range in 15 minutes.

“We’ve made huge improvements from the original car,” Musk said.

“Something we’re really proud of is the new carbon-sleeved rotors for the motor,” he said. “This is the first time that there’s – to the best of our knowledge – been a production electric motor that had a carbon overwrap rotor.”

The design is where the rotor is wound tightly in carbon fiber strands to keep it together at high rpm.

“This is a super-hard thing to do because carbon and copper have very different rates of thermal expansion,” Musk said. “In order to do a carbon overwrap rotor, you’ve got to wind it at extremely high tension, it’s a very hard thing to do. We actually had to design the machine that makes the rotor, no such machine existed before. But it also means that we can make the electromagnetic field super-efficient and have a tight gap even at super-high rpm.”

It’s necessary because, as Musk reminded the Fremont faithful, the motor uses just one gear all the way up to 200 mph.

“RPM is so crazy that just the centrifugal force wants to expand the rotor. So the carbon overwrap actually holds the rotor together. It’s madness.”

Musk only briefly discussed the yoke steering wheel – only saying that it is great for visibility and not mentioning that a normal round version would be available.

One of the biggest new details about the interior revealed during the event is that Tesla managed to squeeze some more space for the second row: 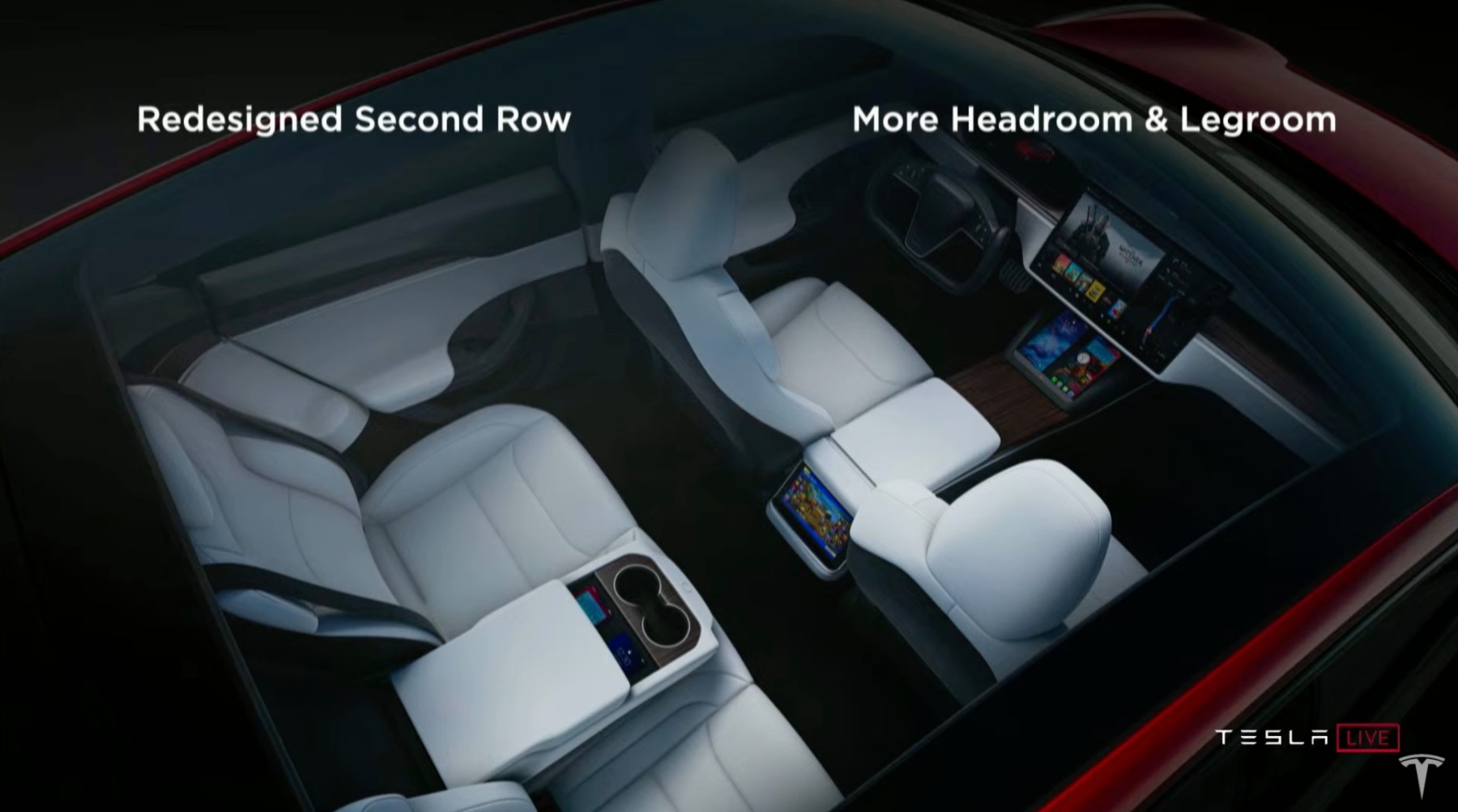 During the presentation, Musk also touted the gaming perform 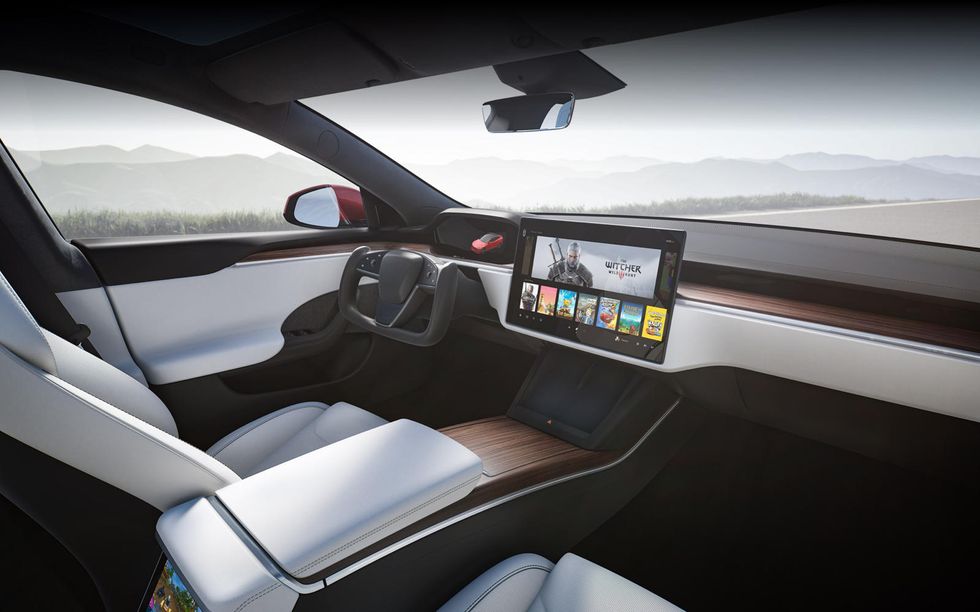 ance of the new Model S.

We already reported that Tesla is using the new AMD RDNA 2 GPU with the same computing performance as a Playstation 5.