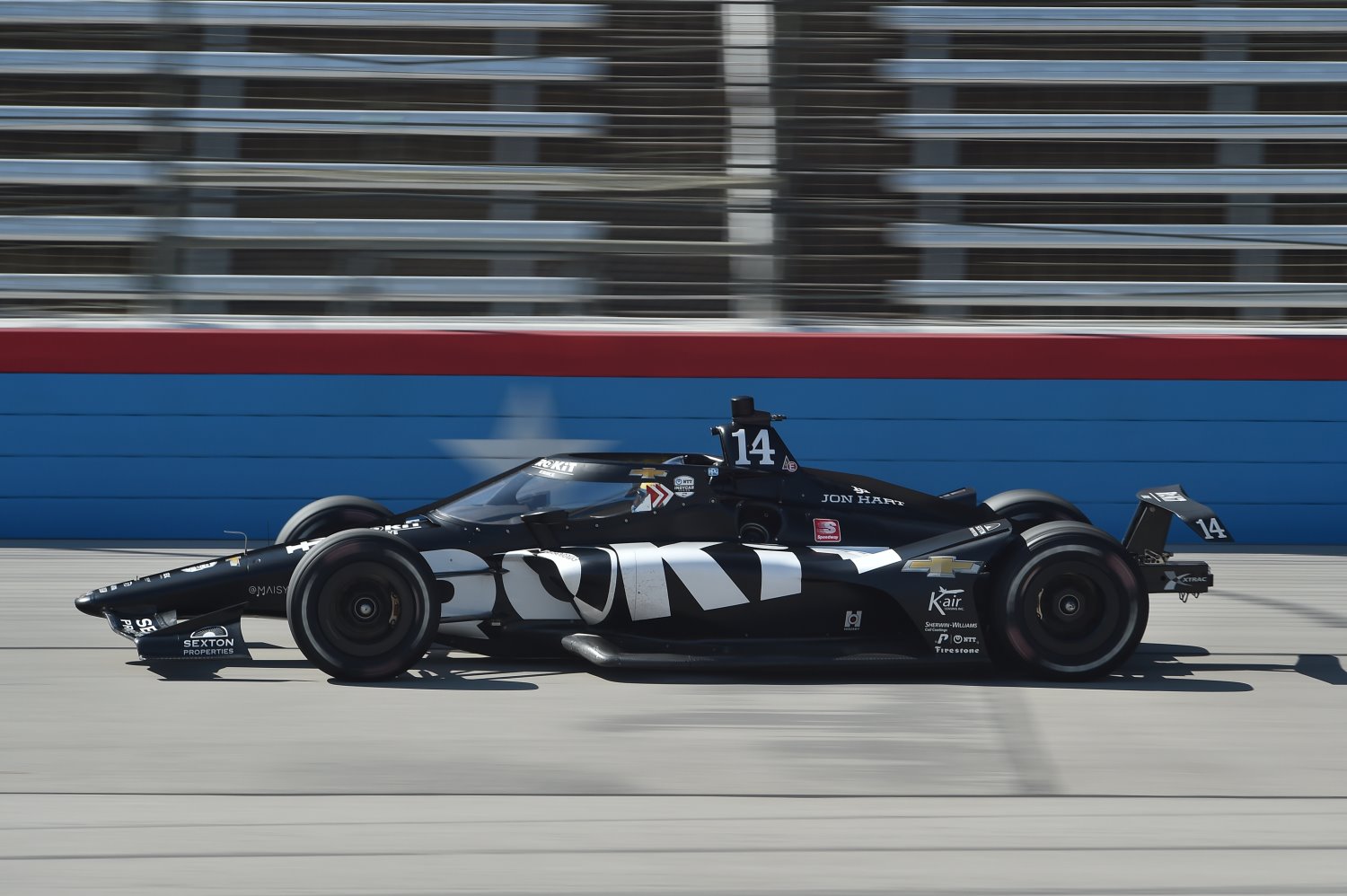 This will be the first race for the new aeroscreen at Detroit.   Most drivers have gotten used to the safety device that has proved it’s value in the few races we have run this season.   But given that the screen prohibits the air that cools the driver, should the series consider whether the need is there on the road and street courses?

AR1.com addressed this issue earlier in this article where we recommended IndyCar switch to just the Halo like all the other open wheel formulas use. More on this later.

Sebastien Bourdais, the driver of Foyt Racing number 14 ROKIT sponsored entry, thinks that the extra effort needed to provide cooling for the driver is an extra burden to the team.  The Foyt Racing team has other things to think about for running the race.

Bourdais, a four time IndyCar Champion, feels that the aeroscreen is needed on the super speedways which is just four races this season.  He commented that he felt faint during the St Petersburg race this April due to the heat and humidity that built up in his race car by the last 10 or 15 laps of the race.  “I basically stayed off of Dixon the last 10 laps this year to avoid the risk of making a mistake and take the championship leader out.   At some point you feel an aggressive feeling, and it is not a good scenario.   I do not handle dehydration well.”

“If it is a dry heat, you sweat, but you dry as well.  I promise when the fire suit seals up with water, there is no exchange anymore.  It is like wearing a plastic bag.  When you run on the ovals, like Texas Motor Speedway,  the air moves so fast and the effort physically is not difficult.  The average speed goes down in Detroit.   Here if the temperature is high, the humidity is high and the effort is very high.  Last year everybody was pretty spent here.”

Graham Rahal, the Rahal Letterman Lanigan number 15 entry, had another opinion on the device.  “I think it is necessary all the time.  I dislike changing things one way or another.  Once we have it, we should run it, we should get used to it.   We have to work on things like the heat.  But it is the same for everyone.”

“I think it is necessary all the time.  The last thing we need is one big hit.  Like the Dario Franchitti  incident in Houston.  You can hit your head.  You do not have to be going fast to have the big one.”

“This weekend IndyCar has mandated the JJ duct, named after Jimmie Johnson who tested the piece,  for this weekend.  It is just above the aeroscreen and it looks like a scoop.  It can produce dust in your eyes, because it hits your visor on your helmet.  Pretty normal air flow which helps with the heat.”

The Ohio veteran driver continued on the heat.  “It is a great weight loss program.  I think airflow is critical.  When we get a new car, they can fix the cooling issues.”

AR1 is sure that Ryan Hunter-Reay would be in favor of the aeroscreen just like it is.  The Andretti Autosport driver was involved in the first lap incident at Barber Motorsport Park with Josef Newgarden.  TV cameras captured the scary moment when Newgarden’s car rolled up the aeroscreen on Hunter-Reay’s No 28 machine.

What about cooling suits for the drivers to help with the heat?  One of the issues with this is that some of them contain water, which adds weight to the car.  Jimmie Johnson shared with the media that he and his teammate, Alex Palou, were testing a cooling suit for the races this weekend.   Johnson developed one for NASCAR and is now working on one for IndyCar.   AR1 will have to follow up with him to see what the results were.

In closing, yesterday when the Detroit race was stopped the drivers were crying for fans to cool them off.  The high heat caused by the windscreen may eventually cause a driver to pass out behind the wheel causing a major accident, and God forbid, a fatality.

IndyCar did not want to copy the F1 Halo, they wanted to prove they had a better idea.  Well it’s time to swallow their pride.