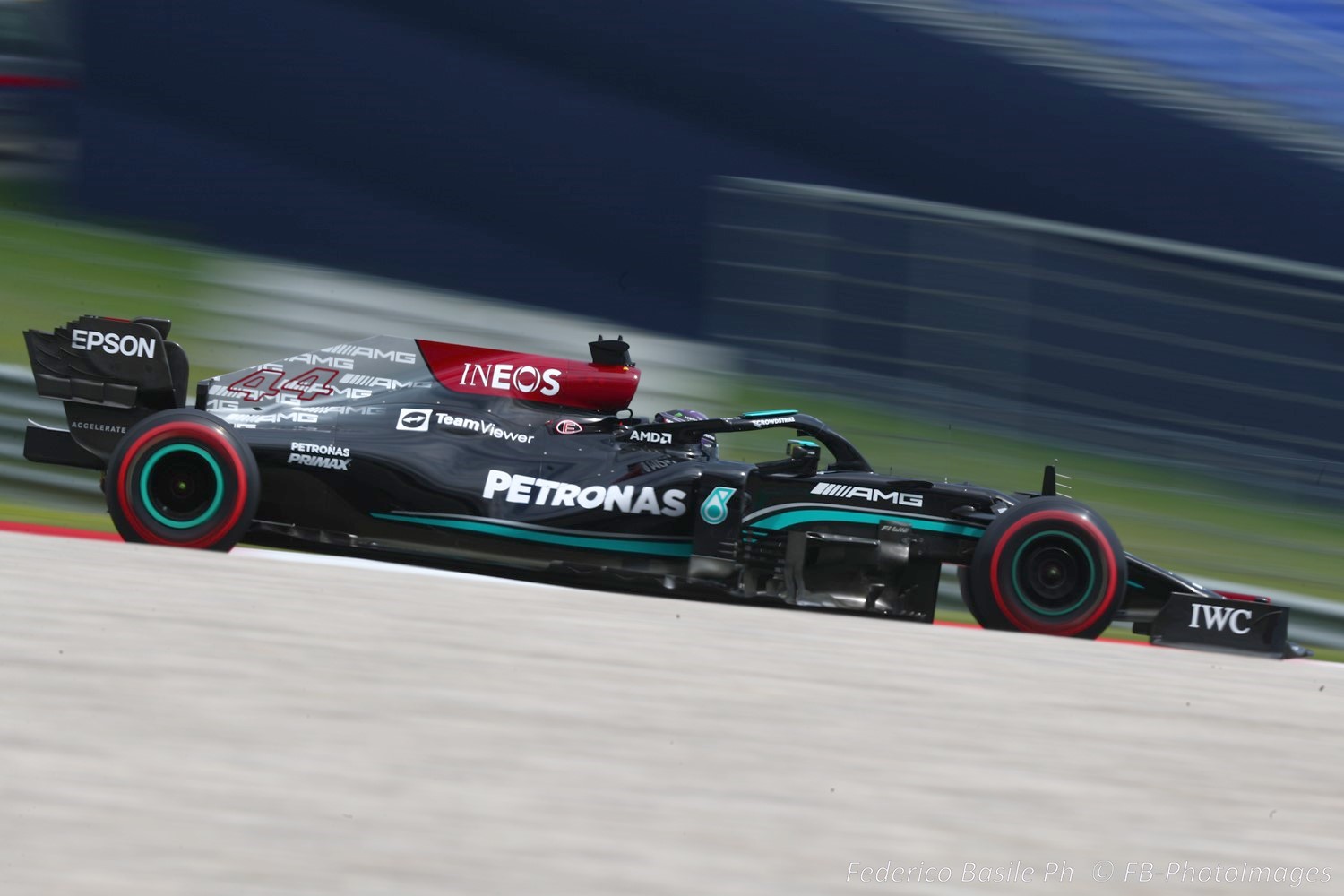 Lewis Hamilton has turned the table on Friday fast-man Max Verstappen at his team’s home track by going fastest in final practice for the Styrian GP at the Red Bull Ring.

Valtteri Bottas was 3rd in his #77 Mercedes 0.463s behind his teammate.

Clearly the battle for pole will only be between Hamilton and Verstappen. Bottas will want the highest grid slot possible, given he is carrying that three-place penalty drop.

Aston Martin also had both cars in the top 10 – something they haven’t managed once this year in qualifying. They seem well placed to push on from their double points finish last time out, with little to choose between their two drivers.

One team very much at the wrong end of the timing sheet were McLaren. Lando Norris had a lap time deleted, Daniel Ricciardo aborted his flying effort, and they wound up with the youngster in P19 and the Honey Badger only just ahead in 17th.