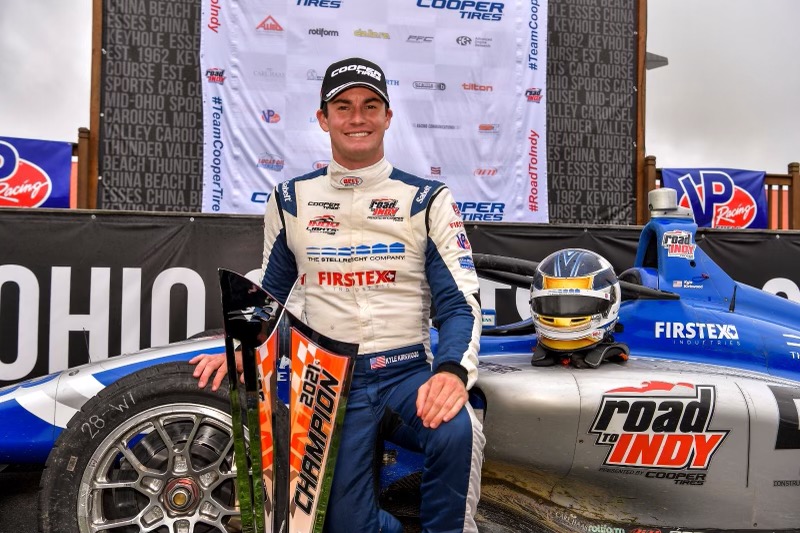 Rumor has it that 2021 Indy Lights Champion Kyle Kirkwood will replace Colton Herta in the #26 Andretti Autosport IndyCar next year if Michael Andretti completes a deal to buys 80% of the Sauber Alfa Romeo F1 team as rumored. If not, Herta will remain in the #26 Gainbridge IndyCar in 2022.

If Andretti takes 80% of the Sauber team it is expected that he will take his best IndyCar driver, Colton Herta,  to Formula 1, making him the first American to race in F1 since Andretti’s other IndyCar driver, Alexander Rossi.

Rossi participated in five races in 2015 for the back marker Marussia team.  But Andretti realizes that Herta is the better driver than Rossi, hence if all this comes down as rumored, it will be Herta, not Rossi, that Andretti takes to F1.