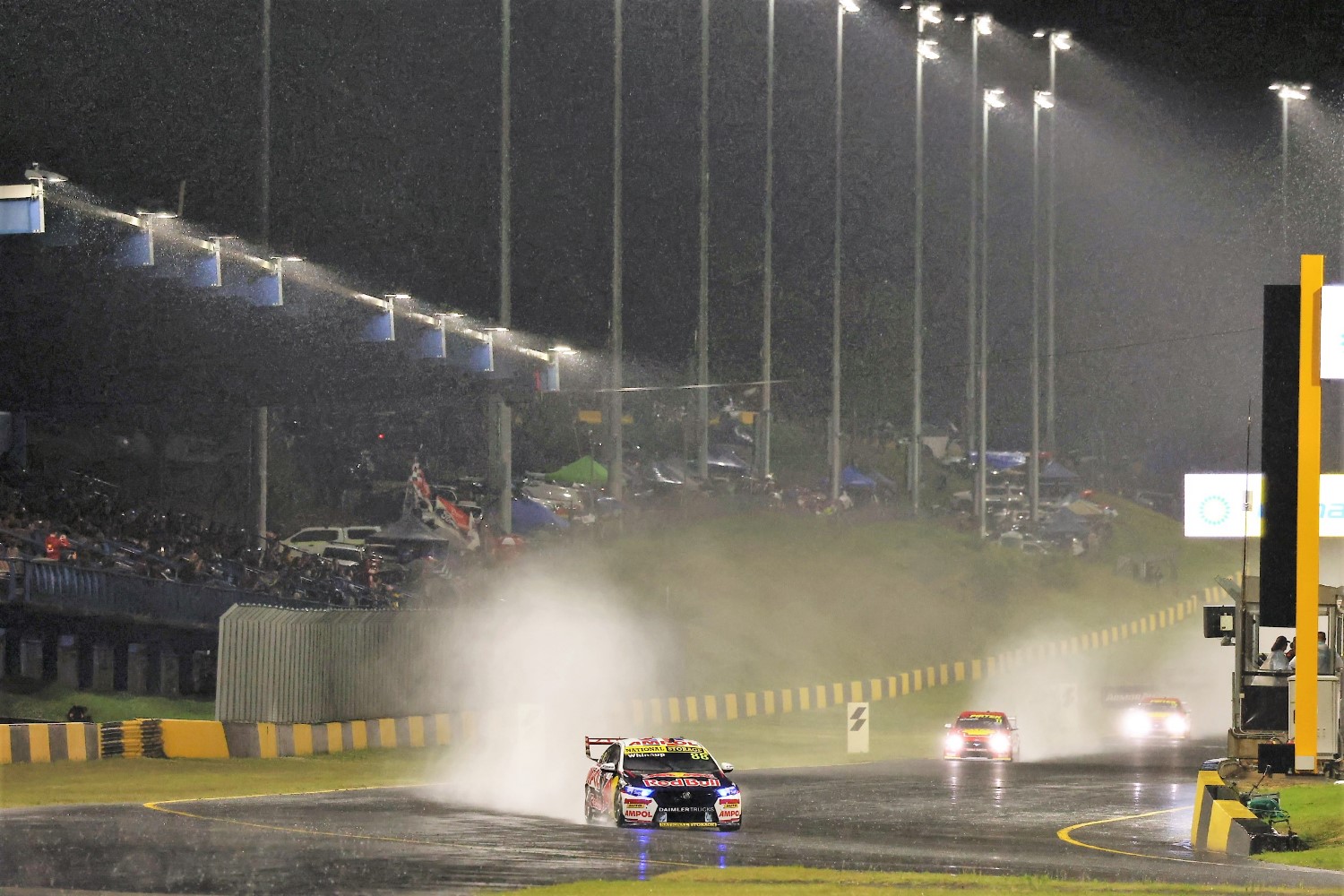 Jamie Whincup has won a race for the history books in wet and wild conditions at the Armor All Sydney SuperSprint on Sunday evening.

In one of the most chaotic races ever recorded in the Repco Supercars Championship, the field showed why they are considered the best touring car drivers in the world by taming atrocious conditions.

Eventually the weather became too much and Stewards made the decision to end the race with all cars in pit lane under a red flag.

Before the result was decided, there was numerous crashes, spins, collisions and close calls as heavy rain fell at Sydney Motorsport Park, including a possible Championship-impacting incident involving Championship leader Shane van Gisbergen.

In conditions where drivers could barely see the car in front, the Red Bull ace skidded off the circuit at over 250 km/h.

He managed to keep the car off the fence and rejoined the rear of the field. As van Gisbergen made his way back through the field trying to capture as many points as possible, he copped a pit lane penalty for a dangerous release.

That mean he finished the night in 23rd position, and with Whincup winning it narrowed the Championship lead to 337 points.

Behind Whincup on the podium was Shell Ford’s Anton De Pasquale who won the earlier race on Sunday, and in third was Chaz Mostert.

Incredibly, Mostert started from last place on the grid due to pre-race penalty for and made his way through in the wet.

Mostert had qualified second for the ARMOR ALL Sydney SuperNight finale alongside Shane van Gisbergen. However, it was later revealed that the #25 Mobil 1 Appliances Online Commodore’s front bar was too wide.

His result could’ve been better had it continued as strategy had Mostert in a striking position before the red flag.

The race will go down as one of the most memorable in Supercars’ history and sets the scenes for fireworks next week when Supercars return to Sydney Motorsport Park for the third event of the Beaurepaires Sydney Cup, the bp Ultimate Sydney SuperSprint. 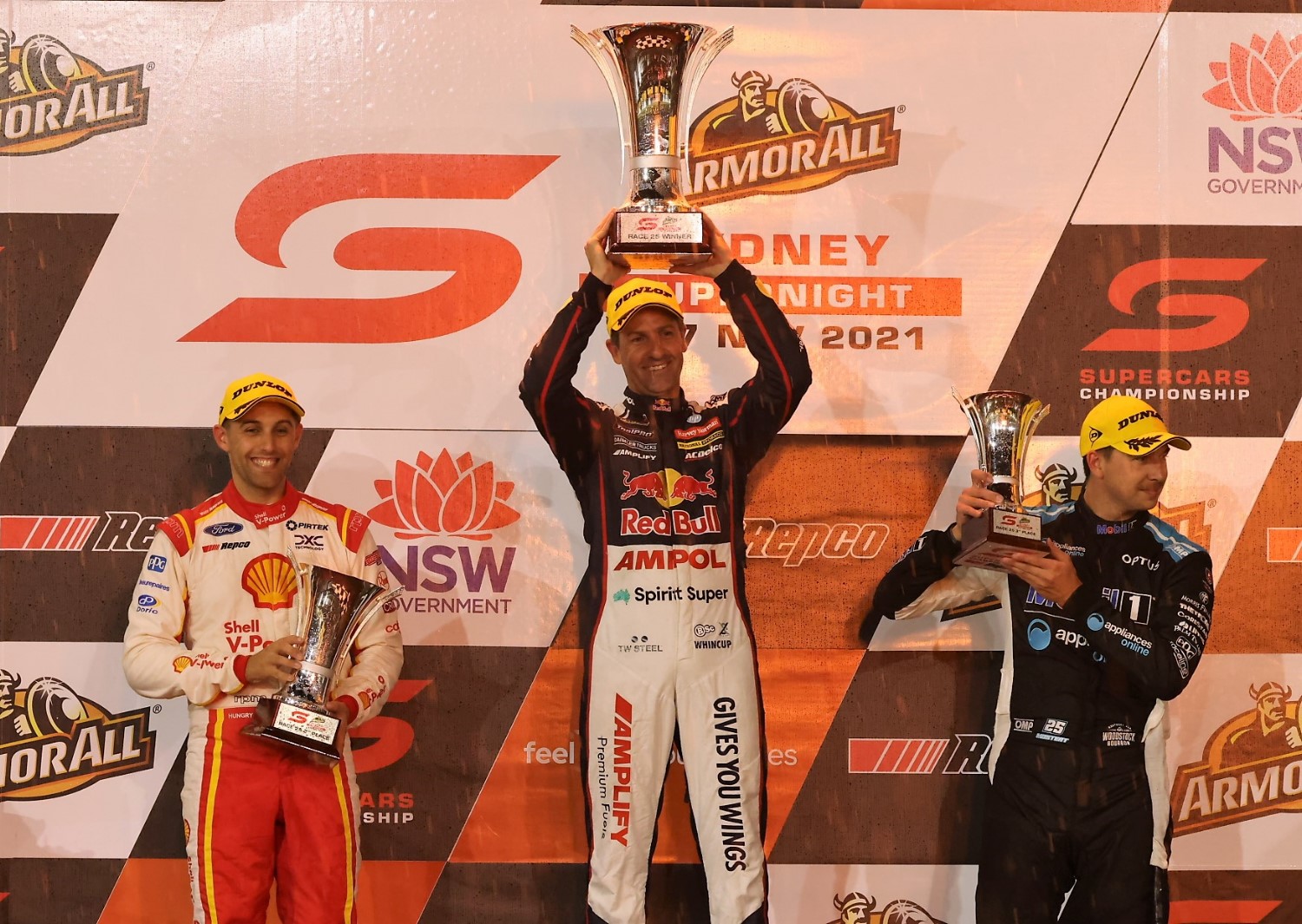