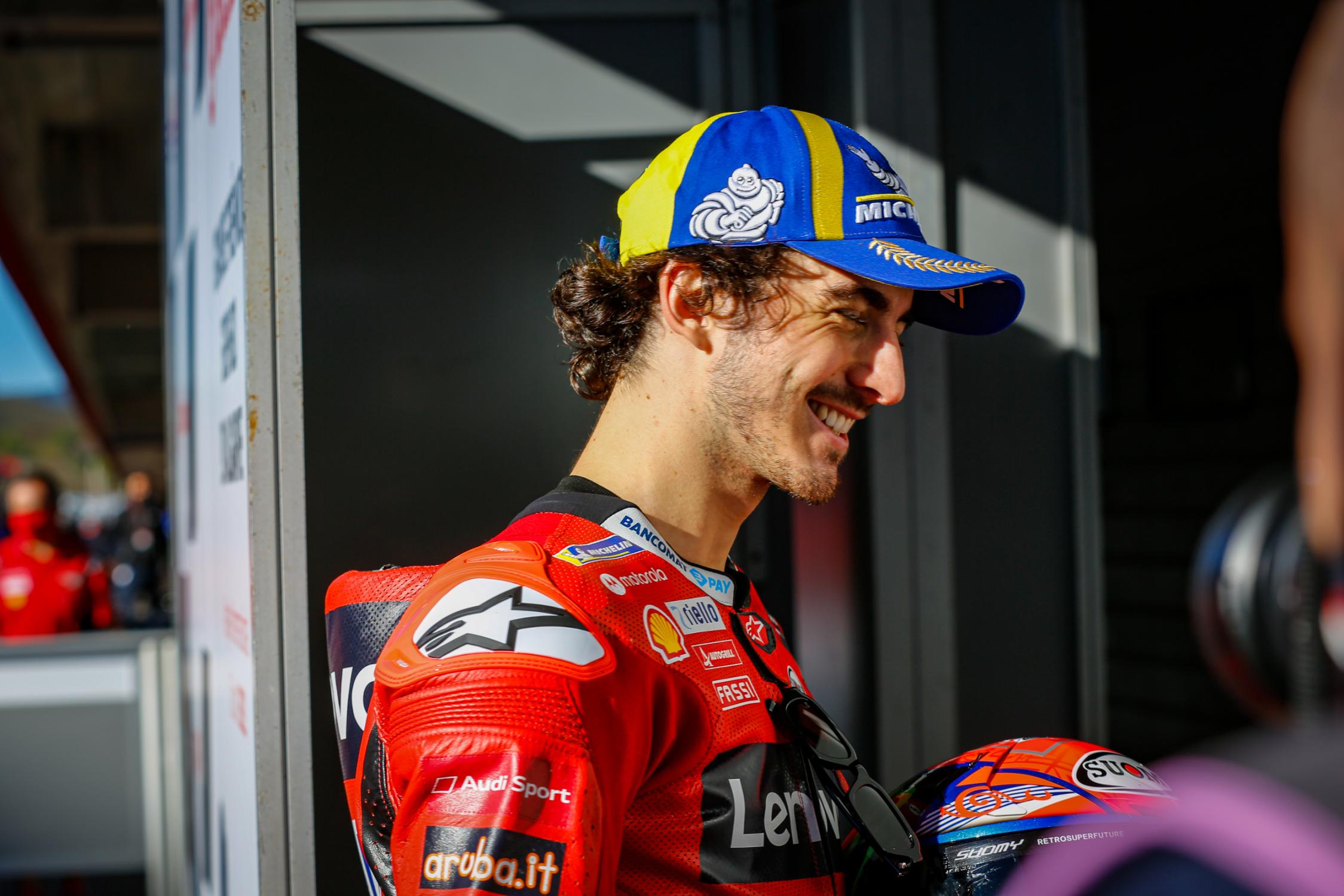 Polesitter Francesco Bagnaia  was unstoppable at the Grande Prémio Brembo do Algarve and picked up his third victory of the season.

Joan Mir and Jack Miller completed the podium in Portimao as the race ended prematurely, with an Iker Lecuona and Miguel Oliveira crash at Turn 13 bringing out the red flags – riders conscious, Oliveira headed to the medical center for a check-up.

At the start Miller propelled his GP21 off the line very well and grabbed the holeshot diving down the hill into Turn 1, but the Australian was slightly wide, allowing polesitter Bagnaia through and into the lead. Lap 1 saw Mir pass Miller at Turn 8, the Spaniard making his front-row start count, with Fabio Quartararo (Monster Energy Yamaha MotoGP) losing a couple of positions.

Pecco and Mir soon found themselves nearly a second clear of Miller, who had Jorge Martin (Pramac Racing), Alex Marquez (LCR Honda Castrol) and Quartararo in hot pursuit. Pecco started to get the hammer down on Lap 7, his lead was up to 0.7s over Mir, who in turn was a second up the road from Miller. Third place soon went to Alex Marquez though, the double World Champion got the job done at Turn 1 at the beginning of Lap 12.

As things stood, with Pecco leading and Quartararo 7th, Ducati would be crowned Constructors Champions. And Pecco’s lead was stretching. With 12 laps to go, the Italian’s lead was up to 1.9s over Mir, who was sat 1.3s ahead of Alex Marquez. 2.4s was Bagnaia’s advantage with nine laps to go, Mir was holding Alex Marquez and Miller at bay by just over a second, with Martin, Johann Zarco (Pramac Racing) and Quartararo a second and a half down on the podium fight.

A fantastic fight between Marquez and Miller was unfolding for the final podium spot. Turn 1 witnessed Miller dive up the inside of the Honda rider, but Marquez was able to make the cutback work – so it was as you were with six laps remaining. Quartararo was struggling to dismiss Pramac duo Martin and Zarco, with Pol Espargaro (Repsol Honda Team) now joining the scrap for P5.

With five laps to go, at Turn 5, Quartararo slipped out of contention. A first DNF of the season was endured by the World Champion, not the way he imagined his Algarve GP going – rider ok. Focus turned then turned to the Miller vs Alex Marquez fight, the Aussie still leading that ding-dong, before a crash involving Lecuona and home hero Oliveira at Turn 13 brought out the red flags. Both riders were conscious and eventually up on their feet, but with three-quarters of the race completed, the race was declared a result at the beginning of Lap 24.

Pecco’s victory ultimately ensured Ducati retained their Constructor crown, a fantastic way to bounce back after the disappointment felt by the Bologna camp at Misano. Mir returns to the rostrum for the first time since Aragon, Miller too ends a podium drought that stretched back to the Catalan GP.