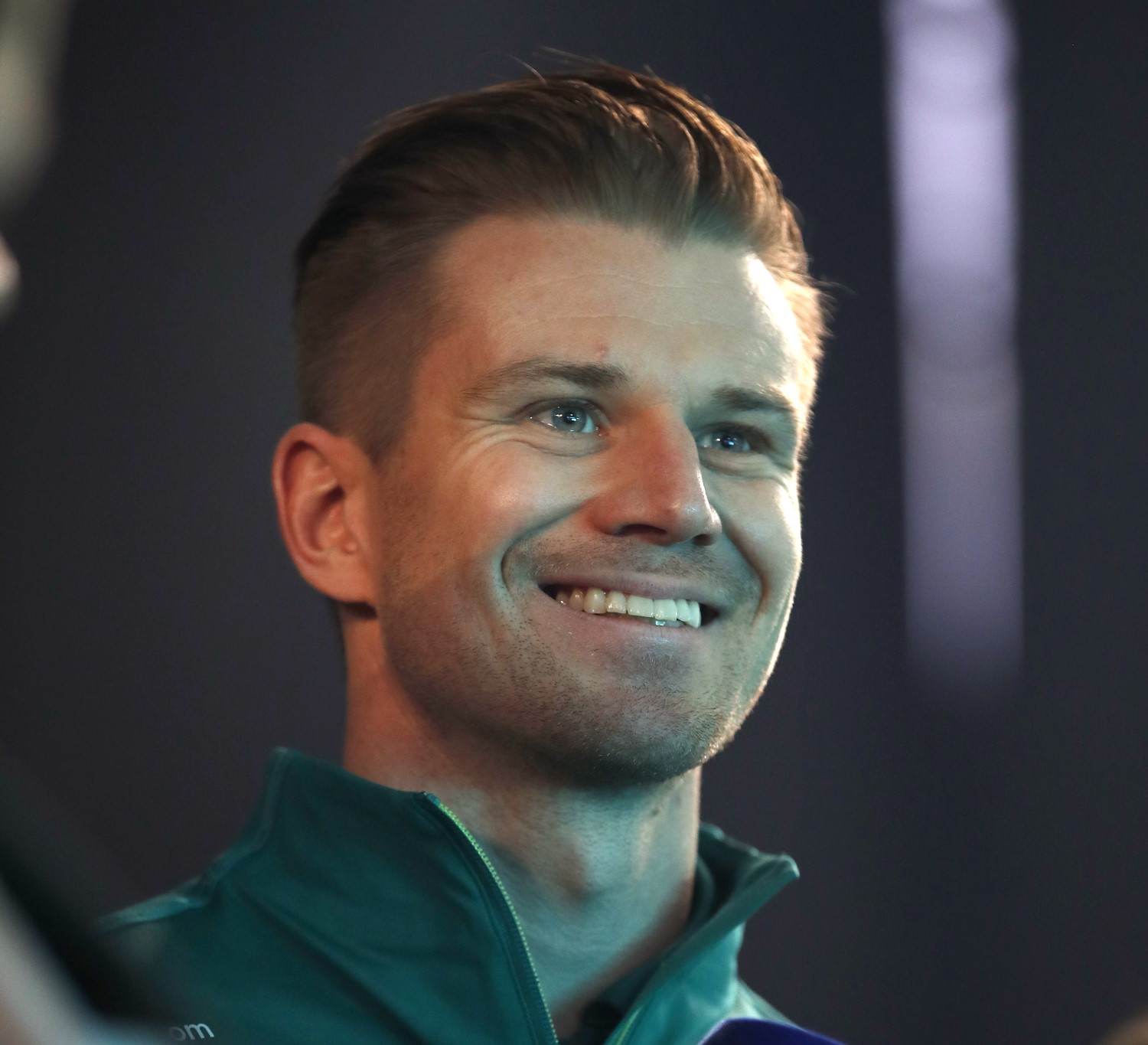 The 2021 F1 season ended with a real bang. Rarely there has been such a media response after a race, with sports fans around the world discussing the controversial, historic final round in Abu Dhabi. The race director’s actions were debated and questioned.

In the end, it was a decision that simply cannot be changed retrospectively and that also occurs in other sports, such as football. The peculiarity in this case was that there perhaps has never been a rule interpretation by race control in F1 that had such an enormous influence on the outcome of the drivers’ world championship.

Something that definitely sticks in your mind is the enormous global media presence of the racing series, which was certainly the big winner beside Max Verstappen. In my opinion, this rousing finale was no coincidence, much more the sum of several parts that have developed over the last few years. F1 is on its way to being really sexy again. An attempt at an analysis of the background.

#1 The product “Formula One” has become much more entertaining again.

Let’s face it, a few years ago, F1 was on the decline. There was relatively little excitement on the track, sponsors were reorienting themselves, TV numbers were falling and in general, the product was no longer as strong as it once was in the really great days around Prost, Senna or Schumacher. Since the takeover by Liberty Media in 2016, however, things have changed.

The Americans are simply experts when it comes to entertainment and know exactly which levers to pull. They left no stone unturned, gave the series a new, much fresher look, overhauled the broadcasts, and created entirely new products such as F1 TV and the truly informative F1 App.

Over the years, they regained that glamour & star factor that has always made F1 special. In addition, the right experts were brought into the management and the sporting regulations were successively revised, which ultimately led to the field moving much closer together again and promising more excitement.

For example, Mercedes failed to win a world championship title for the first time in the hybrid era since 2014. In 2021, there were six different GP winners and 13 different drivers on the podium. To that end, they obviously adjusted the interpretation of the regulations for the sake of entertainment. The red flag shortly before the end in Baku is a prime example. It turned the whole race upside down, a safety car through the pit lane would probably have sufficed.

In general, there have not been nearly as many restarts in Formula 1 as in the recent past. Certainly, the most exciting moment that ensures the highest adrenaline levels among drivers and spectators and guarantees controversial situations. In addition, it is obvious that F1 is focussing on spectacular tracks and changes on existing circuits are being pushed.

For example, the addition of the race in Zandvoort with steep turns and festival character in the grandstands, the significant rebuilds in Abu Dhabi – from a bore to a cracker – the crazy street circuit of Jeddah or the future mega highlight in Miami. Surely the money factor plays a big role everywhere, but the show does not suffer from it – quite the opposite.

#2 F1 and Netflix combine for “Drive to Survive” and the development of entirely new target groups and markets.

In my opinion, it is an extremely clever and decisive move by Formula 1 and Liberty Media to bring light into the darkness and, unlike in previous decades, to show the public what is going on behind the scenes.

I still remember very well the production for the very first season of Drive to Survive. “Netflix in Formula 1? What are they doing here?” During our first encounters with the camera teams, we drivers weren’t entirely clear about what they wanted in the paddock and, above all, what the result would be in the end. After some initial skepticism, however, I agreed to be filmed more often.

And in retrospect, I have no regrets whatsoever. With the help of the documentary, many fans – and especially many new fans – first understood what the fascination of this sport is all about, how much politics is involved, what effort is put in by the teams and what a high-performance circus F1 actually is. The makers of the documentary have found a good balance between Hollywood and reality.

Sure, not everything is exactly as it is portrayed, but it is very entertaining and available anytime and worldwide in the 27 most important markets*. The documentary has been a huge success in America in particular. At no previous race weekend have I taken as many selfies with fans and signed as many autographs as I did in Austin in 2021, even though I am not racing currently.

The fans recognized me because of my two longer episodes in the first two seasons. A few bare numbers that underline the success*: before Drive to Survive, there were about 264,000 spectators at the track in Austin in 2018. In 2021, there were over 400,000. According to a survey*, 70% of them were at an F1 race for the first time. And a very important fact is that they are gaining young viewers again, the very ones they had lost or could not reach in recent years. In the month following the release of the Drive to Survive seasons, the F1 Instagram channel gained about 500,000 new followers and the drivers’ channels also experienced a huge boost.

#3 The New Budget Cap in Formula 1

Formula 1 races over the past ten years have often been characterized by boredom and predictable results for viewers. The big teams spent ever-increasing sums to drive the development process forward on a massive scale. Smaller teams were unable to keep up, so logical a large difference in performance arose.

To counteract this, a budget cap was developed in an extensive process that has been in effect since 2021 and limits the costs of each team to $145 million (excluding the three most expensive employees). The goal was more equal opportunities for all and thus a narrower field, more battles and, of course, more entertainment. It will be interesting to see how close the teams will race from this year on.

The budget cap also has a decisive influence on the business side of Formula 1. In the past, it was almost unthinkable and not really relevant whether a team was profitable. It was happily regarded by brands and manufacturers as a ‘marketing expense’.

With the cap in place, there is now a realistic chance for some teams to operate ‘healthily’ and profitably, which will be very exciting for investors and partners. Important to add here is the regulation that every new team has to pay a kind of inaugural fee of a whopping $200 million. A fact that will certainly have a very positive effect on the value of the current ten teams.

Formula 1 and its decision-makers know full well that they are not making the world a cleaner place. However, they have understood that they have to adapt to the current times and are obviously working on a racing series that is as sustainable as possible. For potential fans, the issue of sustainability and the environment is playing an increasingly important role, and potential sponsors are also paying more attention to this factor when giving their commitment.

As one of many measures, starting in the 2026 season there will be power units that do not use conventional gasoline but instead run on synthetically produced fuel. To bridge the gap until then, E10 biofuel is increasingly being used. In addition, the electrically powered part of the units is getting more efficient over the years and provides important information for the technology in road cars.

Last year, the organizers of the Grand Prix in Zandvoort created a good case. On the race weekend, spectators were simply not allowed to travel by car and arrived at the track by bicycle or train. All in all, it is certainly no coincidence that a manufacturer like Mercedes is withdrawing from the supposedly sustainable Formula E in order to concentrate fully on F1, and Volkswagen with its sports brands Audi and Porsche is also currently intensively examining an entry from 2026.

For us drivers, the screaming V10s or V8s of yesterday were just that little bit more exciting and the sound was simply legendary – but I’m sure that the decision-makers have pulled the right levers in terms of sustainability and will continue to do so without damaging the entertainment value of the racing series.

As you can see, F1 still has me fully under its spell, and I am now eagerly looking forward to the first tests of the new F1 cars for the upcoming season. One last update on myself: I will stay with the Aston Martin Aramco Cognizant F1 team as their reserve driver, super Sub.