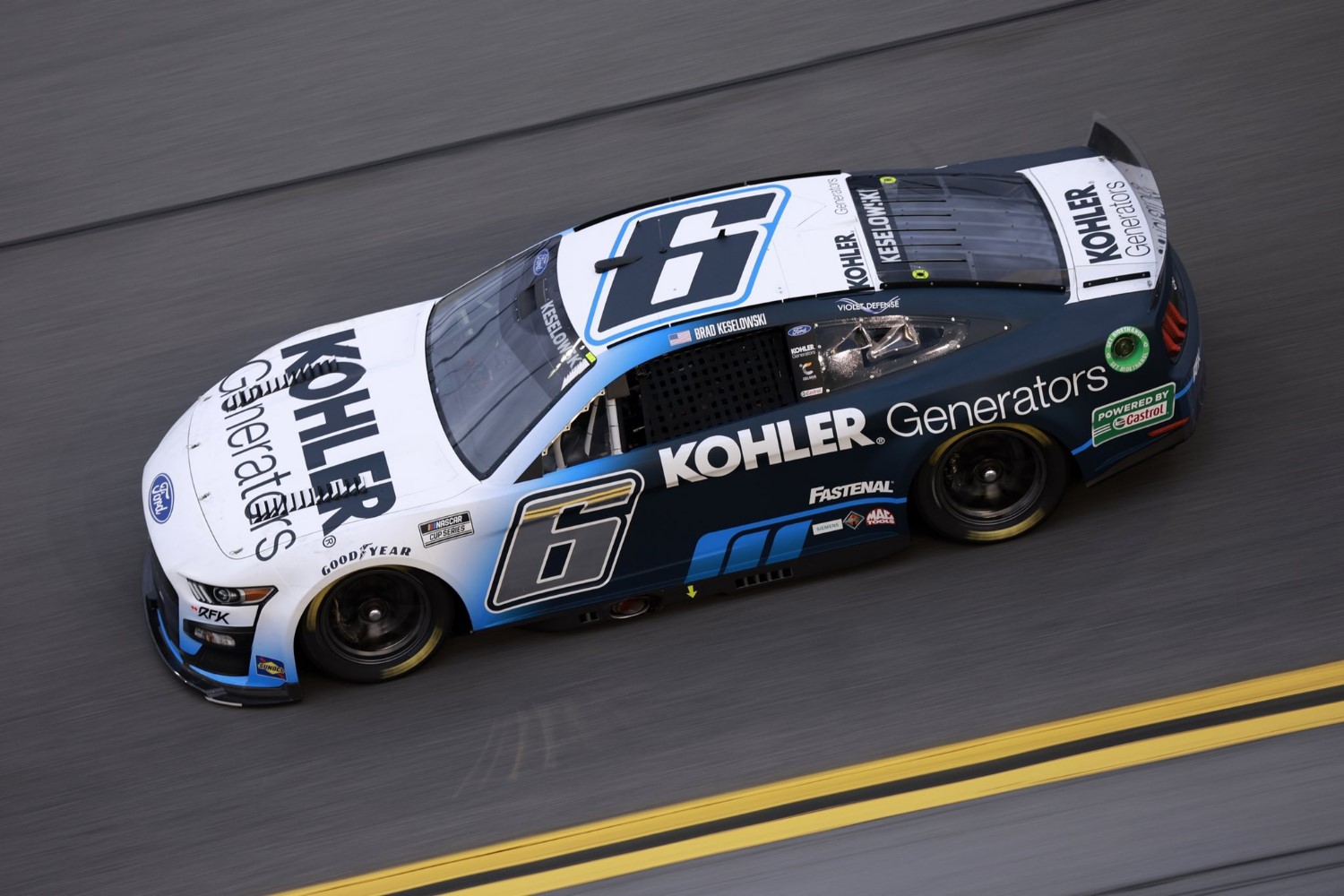 Already riding a wave of positive momentum and international attention Sunday’s 63rd Annual Daytona 500 (2:30 p.m. ET on FOX) is again shaping up to be one of the most high-profile, highly-competitive events as it ushers in the 2022 season.

Reigning NASCAR Cup Series champion Kyle Larson will start his No. 5 Chevrolet from the pole position alongside Hendrick Motorsports teammate Alex Bowman’s No. 48 Chevrolet – leading a field of 40 cars that includes six past Daytona 500 winners, eight former series champions and even a past Formula One world champion in NASCAR’s newest generation of race cars.

The Chevrolets, Fords and Toyotas – aptly referred to as the Next Gen cars – will feature different technical modifications and aesthetic enhancements – from the sequential shifter and 670 horsepower to single center-lock wheel nuts, rearview camera mirror and car numbers now placed behind the front wheels.

The response for the new cars and the sport in general has already benefitted from a successful debut at the Los Angeles Memorial Coliseum two weeks ago. The non-points Busch Light Clash was a nearly sold-out show with some estimates that 70 percent of the crowd were first-time NASCAR race attendees.

The diehards and first-timers paying attention this week at the sold-out annual season-opener at Daytona are expected to be treated to a highly competitive race.

Although Hendrick Motorsports Chevrolets have won the pole position in seven of the last eight Daytona races, the multi-championship organization hasn’t won a Daytona 500 since Jimmie Johnson did so in 2014.

The last time a Daytona 500 polesitter won the race was 22-years ago when Dale Jarrett won the 2000 edition. The team’s former champion driver-turned-team executive Jeff Gordon won from pole in 1999.

More often, this race has come down to the final thrilling laps. That was certainly the case last February when Front Row Motorsports driver Michael McDowell earned his career first NASCAR win taking the checkered flag by inches – credited with leading only the last lap.  That scenario has played out frequently in recent years with race winners Austin Dillon (2018) and veteran Kurt Busch (2017) also capturing the win leading only the final lap.

There is only one multi-time winner in Sunday’s race – three-time Daytona 500 champion Denny Hamlin, who drives the No. 11 Toyota for Joe Gibbs Racing.

Adding to the drama in 2022 are several new team/driver combinations. Busch is now driving a second car for the second-year 23XI Racing Toyota team owned by Hamlin and NBA legend Michael Jordan. His former teammate at Chip Ganassi Racing, Ross Chastain has similarly joined a new team. He’ll team with Daniel Suarez in the No. 1 Chevrolet fielded by TrackHouse Racing, which is co-owned by former driver Justin Marks and musical superstar Pitbull.

Former series champion Brad Keselowski has expanded his presence in the sport and now co-owns the Roush Fenway Keselowski Racing two-car team. His involvement with the RFK team – as owner and driver of the No. 6 Ford – has already resulted in two trophies. Keselowski (Duel 1) and Chris Buescher (Duel 2) helped RFK Racing to a sweep of Thursday’s Daytona qualifying races the first time a team accomplished a the feat since 2015.

Kaulig Racing added to its championship-caliber NASCAR Xfinity Series program with a fulltime NASCAR Cup Series car driven by Justin Haley in 2022 and a second car that will be shared by three drivers. Erik Jones – a former summer race winner at Daytona – will team with Ty Dillon in the newly formed Petty GMS Motorsports organization.

Cindric has the top starting position (fifth) among rookies. The defending Daytona 500 winner McDowell will start sixth after an impressive run in Thursday’s qualifying race. And the 2015 Daytona 500 winner Logano will start last in the field after having to go to a back-up No. 22 Team Penske Ford after an accident in his Duel 150 qualifying race.

Former Formula One champion and 1995 Indy 500 champion Jacques Villeneuve, 50, and current Xfinity Series title contender Noah Gragson raced their way into the Daytona 500 starting field in qualifying. It will be the first start in this race for both.

Kaz Grala qualified for the Daytona 500 starting field with a dramatic last lap pass to claim an “open” position available to non-chartered teams based on their Duel race result. Greg Biffle, 52, a former NASCAR Camping World Truck Series and Xfinity Series champion and perennial Cup Series title contender from 2003 -2016, earned the other 500 position with his finish in the second Duel.

Overall, the qualifying races were run with rave reviews. And the car manufacturers said they have high expectations for Sunday’s race.

As is customary just prior to the season-opening Daytona 500, executives from all three NASCAR manufacturers – Chevrolet, Ford and Toyota – spoke to the media on Friday. All reported being greatly satisfied with the racing to date at Daytona, yet cautioning there is a lot to be learned about the cars and the way they race. Inventory counts remain conservative but all three makes expect that to be changing in the upcoming months.

“For the next few weeks we’ll have to be mindful and make good decisions,” Toyota Racing Development’s David Wilson said. “What we can’t do is ask a driver once he pulls that visor down to mitigate his performance based on concerns about parts. That’s not racing.”

They also pointed to pit strategy as playing a greater role in the race. That was certainly the case in the qualifying races with the Ford contingent taking only two tires on its pit stop to get back out on track in front of the Chevrolets, which all serviced four tires on their pit stop.

“On the surface, I don’t envision 40 cars lined up three by three heading to the finish line. I just don’t think that’s going to happen,” Wilson said. “There’s the potential for more cars to go a lap down or two, but strategy, communication, teamwork are going to be absolutely critical to whomever wins that race on Sunday afternoon.”

There were 34 cars that participated in Friday evening’s hour-long practice with defending Daytona 500 winner McDowell turning in the fastest lap (192.678 mph) in the No. 34 Front Row Motorsports Ford. Stewart-Haas Racing’s Aric Almirola ran the most laps of the session (33).

Eight of the 10 fastest cars were Fords. Bubba Wallace was the fastest Toyota in the No. 23 23XI Racing Toyota car and Noah Gragson was the fastest Chevrolet with a 10th-best lap.

(Driver loop stats in the below section are from 2005-Present)

Driver – Manufacturer (Number of wins in that manufacturer)