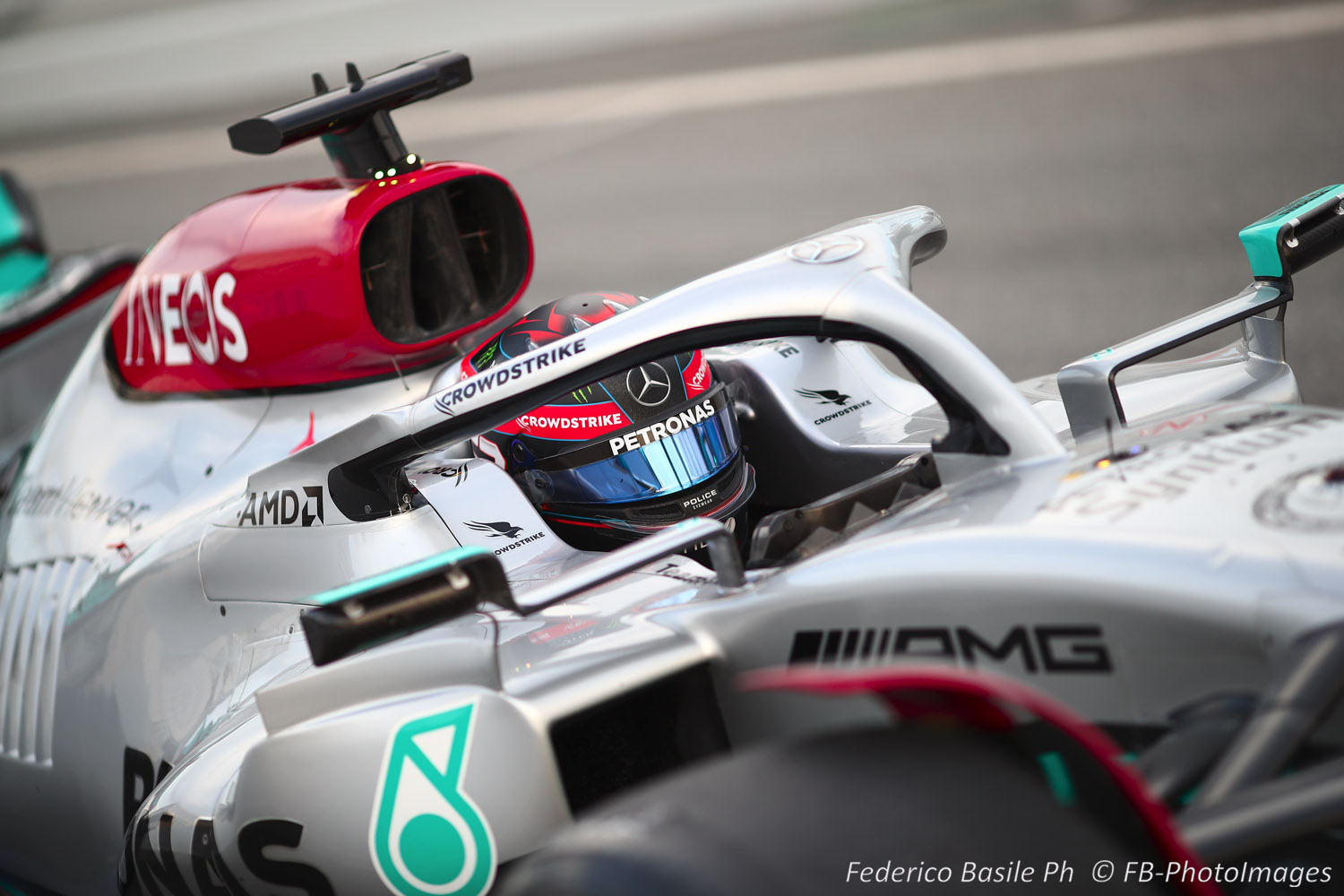 George Russell strapped on the softest (C5) of the five tire compounds Pirelli brought to Barcelona for preseason F1 testing and went fastest as the teams stopped for the 1:00pm lunch break on the final day of testing in Spain.

The final hour of the session was shortened by a late red flag for the stopped Sebastian Vettel whose Aston Martin appeared to suffer a Mercedes power unit failure.

“There was a puff of smoke from the rear of the Aston Martin. Vettel fought hard to keep the car pointing in a straight line into Turn 10 as the rear tires locked. He kept it together before pulling up and aiding the marshals with extinguishing the fire.”

Fernando Alonso caused the first red flag of the day when he came to a halt on track with smoke pouring from his car caused by a hydraulic fluid leak fire.

“After further investigations in the garage following Fernando Alonso’s on-track stoppage earlier this morning, the team can confirm the issue was a problem with the hydraulics. A minor sealing issue led to a fire in the back of the car.

“The team has successfully completed 266 laps during the three days of the Barcelona shakedown. Repairs on the car will continue, and as a result we won’t be running for the remainder of the day. We look forward to be back in action at the next test in Bahrain.”