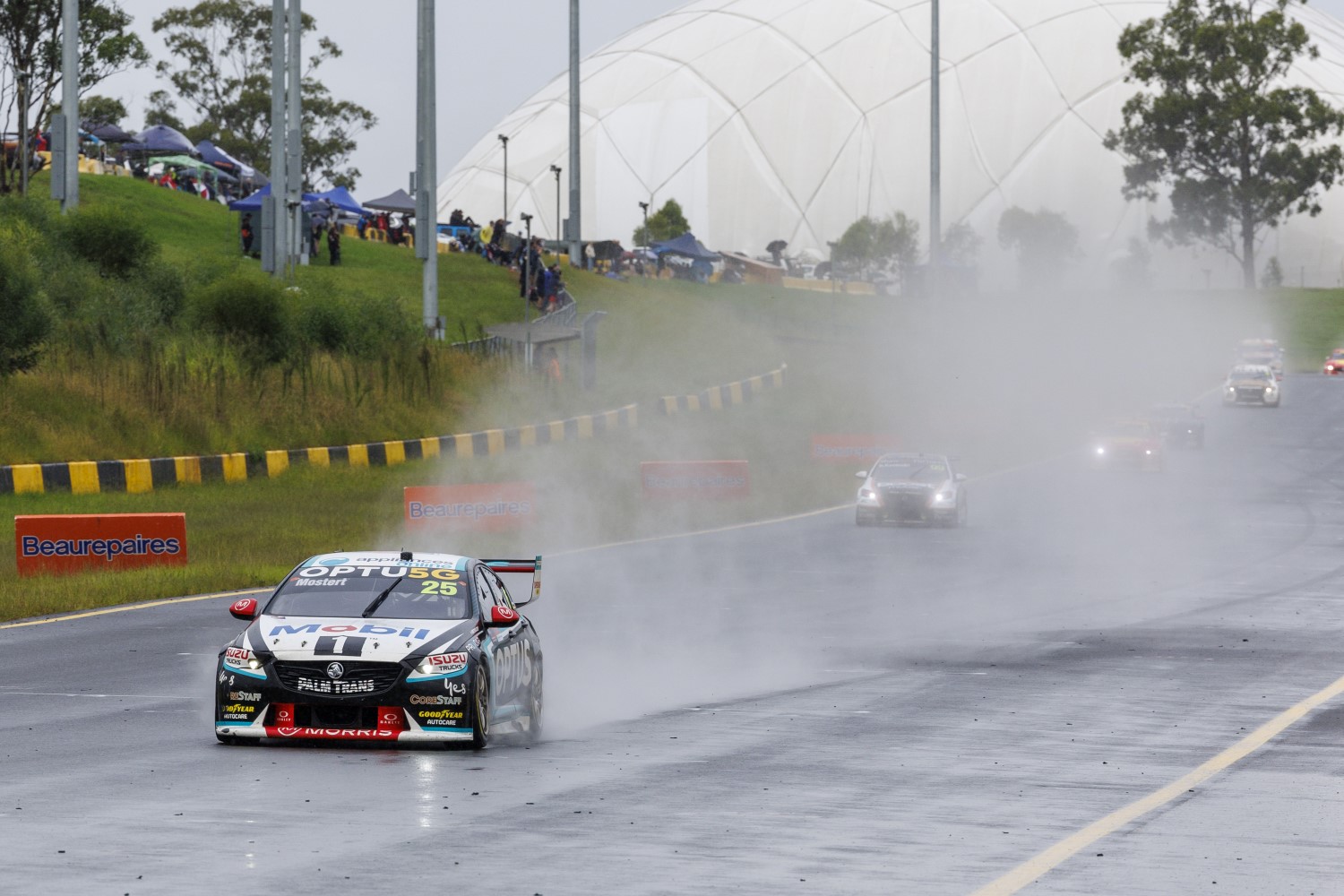 The Bathurst winner was able to hold off two rising stars of the sport in a strategic 300km epic, with pole man Brodie Kostecki and Anton De Pasquale filling the podium.

It marked Mostert’s first win in Sydney since 2015, and the first at Sydney Motorsport Park for a Walkinshaw car in 14 years.

It also helped Mostert into the championship lead for the first time in his career.

Additionally, it marked the first time in six years that a non-Triple Eight or Dick Johnson Racing driver leads the championship.

“I never thought I’d have an orange number on my car,” said Mostert, who finished third on Saturday.

“Driving up and seeing this [championship leader] board is pretty cool.

“It’s cool to tick that box off the list… I don’t know where to start. What a race, what a weekend for us.

“Super stoked for the whole team.”

Saturday winner Shane van Gisbergen finished sixth despite starting 21st, spinning early, suffering a slow stop and at one stage was even lapped.

Mostert will carry a 12-point lead over De Pasquale to Tasmania, with van Gisbergen 27 points from the new championship leader.

The season will resume at the NED Whisky Tasmania SuperSprint on the 26-27 March.