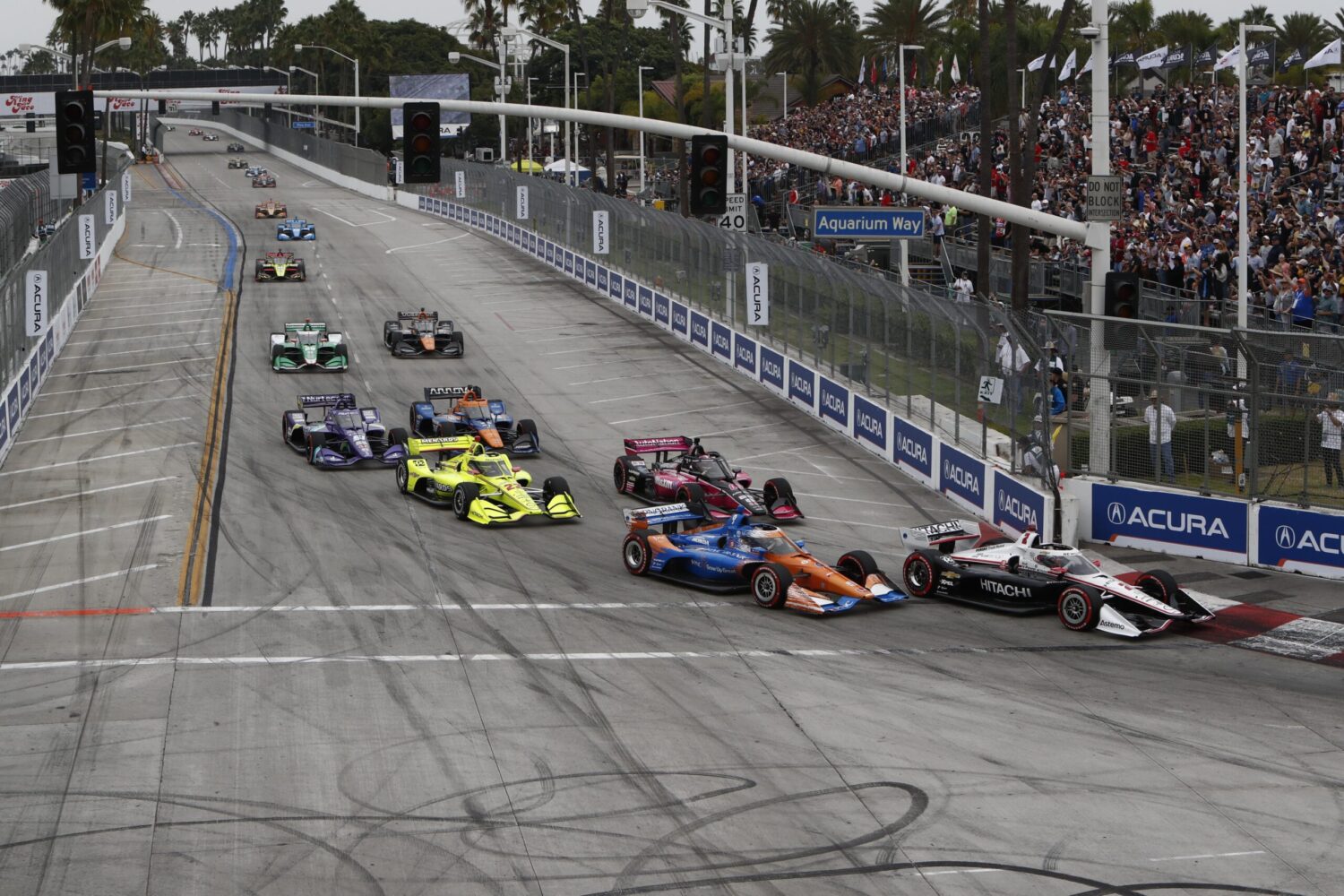 Good morning from beautiful southern California, where the NTT IndyCar Series drivers and teams will do battle this weekend on the streets of Long Beach, CA.

A heat advisory has been issued due to the temperatures expected to reach 94 degrees in Long Beach.  The NTT Data Series drivers only have one practice session today at 3:15 pm PT in the sweltering temperatures.

The heat today will not stick around for the weekend.  Saturday and Sunday should be more normal temps for this time of year, in the low 70s.  The hour-long practice session this afternoon will provide time on the track, but not help much with setup for the rest of the weekend due to the hotter temperatures.

Yesterday was the annual Walk of Fame ceremony on Pine Avenue.  Starting in 2006, the Long Beach Grand Prix Association has honored drivers and owners in racing with a special bronze medallion mounted into the sidewalk.

This year, due to supplier issues for the medallions, the Association had to improvise with portable medallions which were mounted on a circular piece of wood.

One of the honorees this year is Bill Auberlen, who drives in the IMSA Weather Tech Championship Series.  Auberlen, a native of Redondo Beach, CA, is believed to have driven BMW cars in more races than any other driver in the world.  In 2020, Auberlen captured his 61st career win, surpassing Scott Pruett for most wins in IMSA history.

Auberlen’s father was beaming as his son read a list of the many people that he wanted to thank, holding back the tears when he recognized his Mom, who has passed away.

The other honoree, Alex Zanardi, was not able to attend due to his cycling accident in June 2020.  The inspiring Italian was represented by Jimmy Vasser, his Ganassi Racing teammate from 1996 to 1998.  Vasser, who won the 1996 CART Championship, talked about how he was frustrated when Zanardi joined the team and started to win every race.  Zanardi won the championship in 1997 and 1998.

Team owner Chip Ganassi also talked about the fisty driver.  Ganassi recalled  Zanardi’s spirit after losing both his legs in 2001 at the race at the EuroSpeedway Lausitzring in Germany.  The Italian was able to reinvent himself by competing in the Para Olympics and winning many gold and silver medals.  Then he became the Oprah of Italy by having his own TV show.

Max Papis told us  Zarnardi is his best friend.  Meeting back in go-carts when they were just 14 years old, Papis talked about how Zarnardi met his future wife, Daniela, the team manager,  while they were racing for a Formula Three team in the early 90s.  Papis and Zanardi took her rental car out for a drive on the track and when Papis was driving, Zanardi pulled the hand brake and the car went flipping over.  Daniela ended up marrying Alex in 1996 and has been his rock through his many tough life experiences.

The entire racing community wishes Alex Zanardi a speedy recovery so he can continue to live life on his terms.