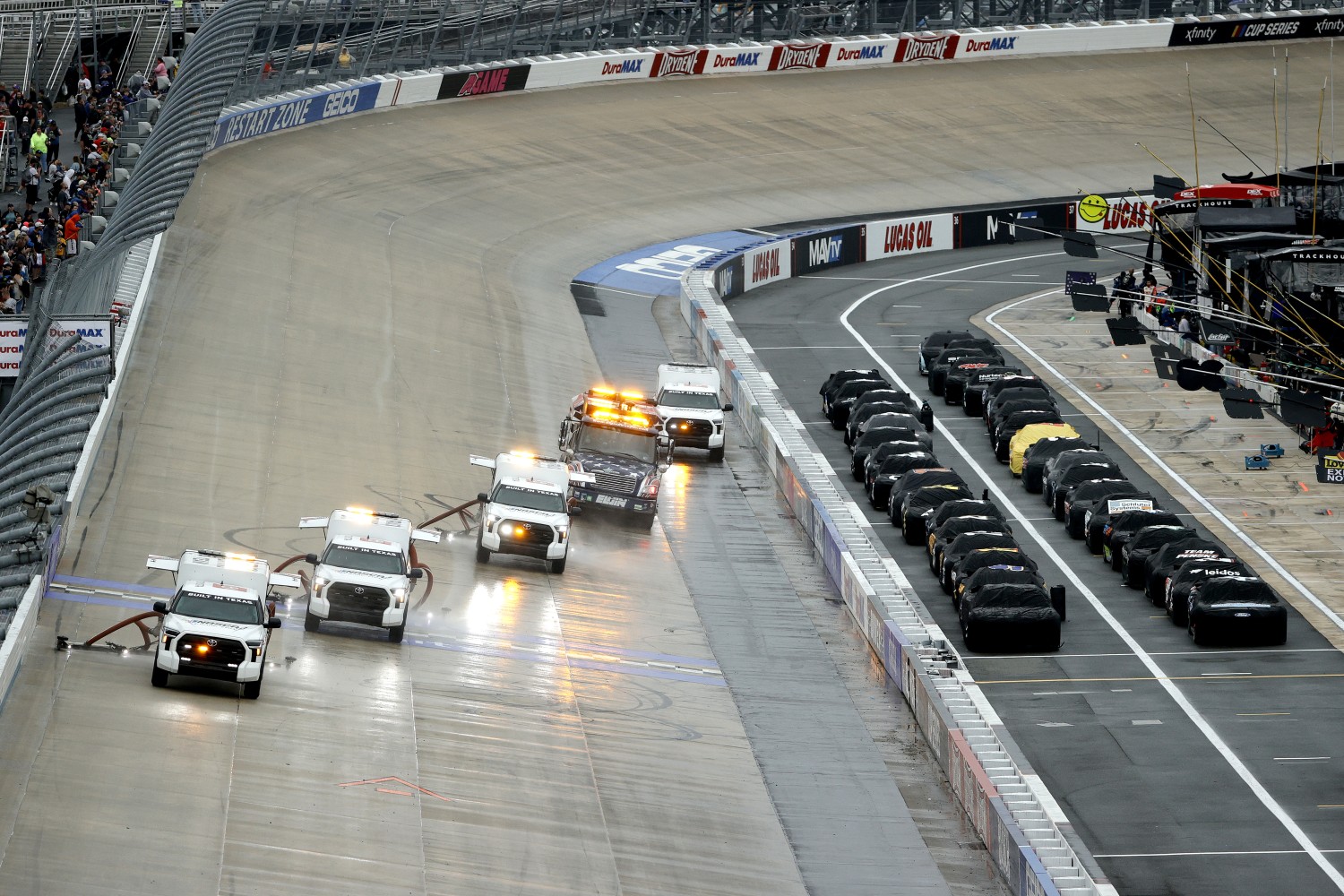 The field had completed just 78 of the 400 scheduled laps in the DuraMAX Drydene 400 when afternoon rain pelted the 1-mile track. The race was red-flagged and cars were covered on pit road.

Track-drying efforts were hampered by continued showers, and NASCAR competition officials opted to postpone the remainder of the race. The event is set to resume Monday at noon ET, airing on FS1, MRN Radio and SiriusXM NASCAR Radio.

Defending Cup Series champion Kyle Larson was scored as the leader in the No. 5 Hendrick Motorsports Chevrolet. Teammate Chase Elliott was second with Team Penske’s Ryan Blaney in third.

Stage 1 was scheduled to end at Lap 125 with Stage 2 set to conclude at Lap 250. The race would need to cross the halfway point to be considered official.

Denny Hamlin had led the most laps (55) before the stoppage, but his No. 11 Joe Gibbs Racing Toyota was scored eighth after he made a pit stop just before the red flag. That handed the lead to Larson for five caution laps before the cars were stopped.