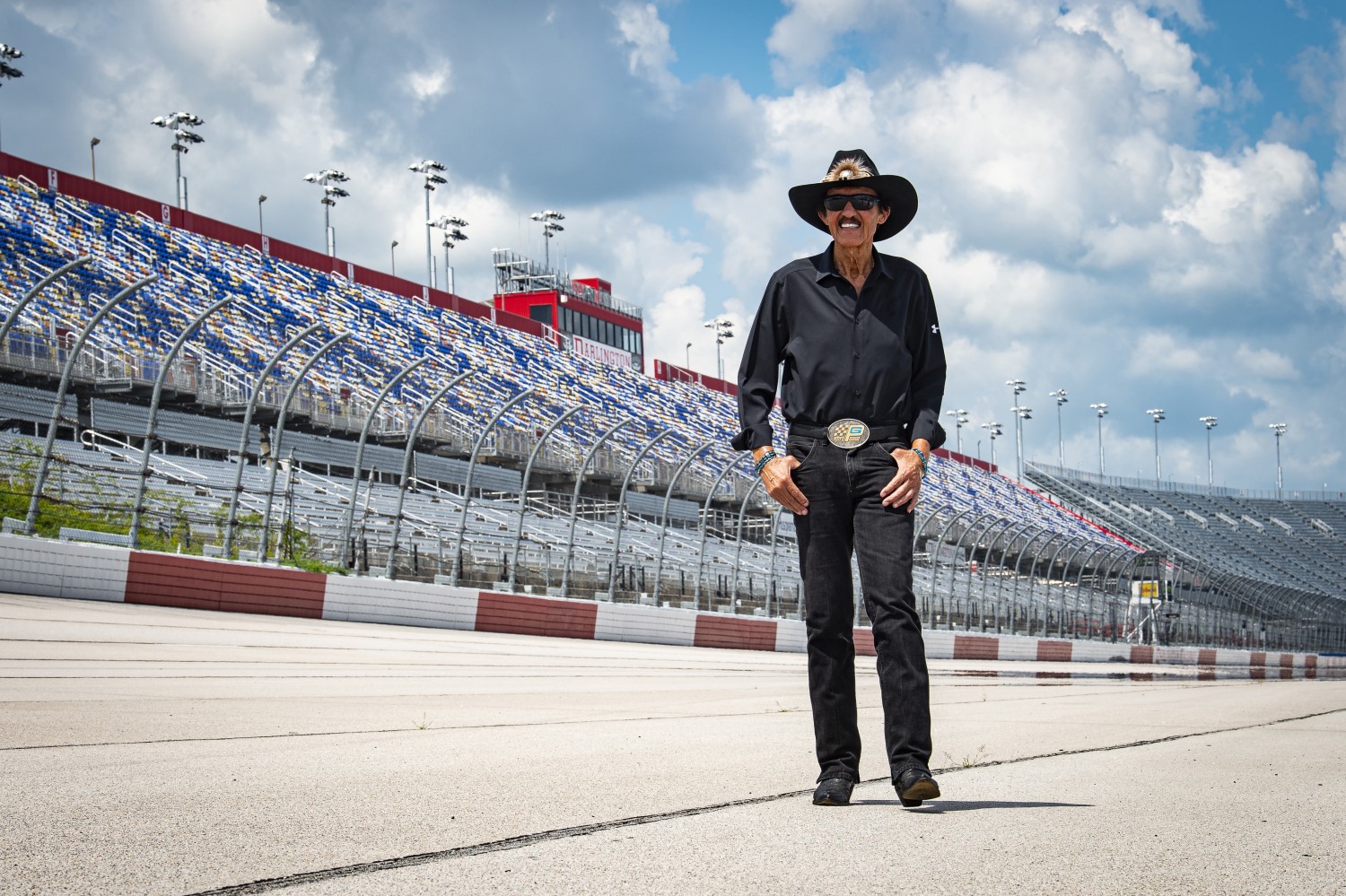 Darlington Raceway and Goodyear, the “Official Tire of NASCAR,” announce that NASCAR Hall of Famer (2010) and seven-time NASCAR Cup Series champion, Richard “The King” Petty, will serve as the honorary starter for the Goodyear 400 on Sunday, May 8.

“Richard Petty is one of the all-time greats in motorsports, so we are proud to add one more accolade to his legendary career as the honorary starter for the Goodyear 400 at Darlington Raceway,” said Kerry Tharp, Darlington Raceway President. “Petty will join many of his fellow NASCAR Hall of Famers and legends as part of the Official Throwback Weekend of NASCAR at the track Too Tough To Tame on May 6-8.”

“Darlington Raceway has always been too tough for me as I only conquered it three times,” said Richard Petty, NASCAR Hall of Famer and chairman for Petty GMS Motorsports. “I generally ran good, but did not always finish well. The last time I drove around the track at Darlington in 2017, I got black flagged. This time as the honorary starter, I’ll be holding the flag!”

Petty, one of greatest drivers in motorsports history, is no stranger to leading the pack at the track Too Tough To Tame. Of the 17,120 laps that Petty turned on the famed 1.366-mile egg-shaped oval during his illustrious career, he has led 2,391 of those. Along with three wins and four poles at Darlington, he leads all other drivers with the most starts, 65 to be exact, at the track.

Petty, who began his career in NASCAR in 1958 at the age of 21, would go on to win two Grand National Series titles and five Winston Cup Series championships. Along with holding the all-time record for wins in the Cup Series with 200, Petty holds the record for most Cup victories in a season with 27 and most consecutive Cup Series checkered flags in a row with 10. Petty serves as chairman for Petty GMS Motorsports, which competes in the legendary No. 43 with Erik Jones in the Cup Series.

To learn more about the career of Richard Petty, visit his webpage on the NASCAR Hall of Fame or www.richardpetty.com.