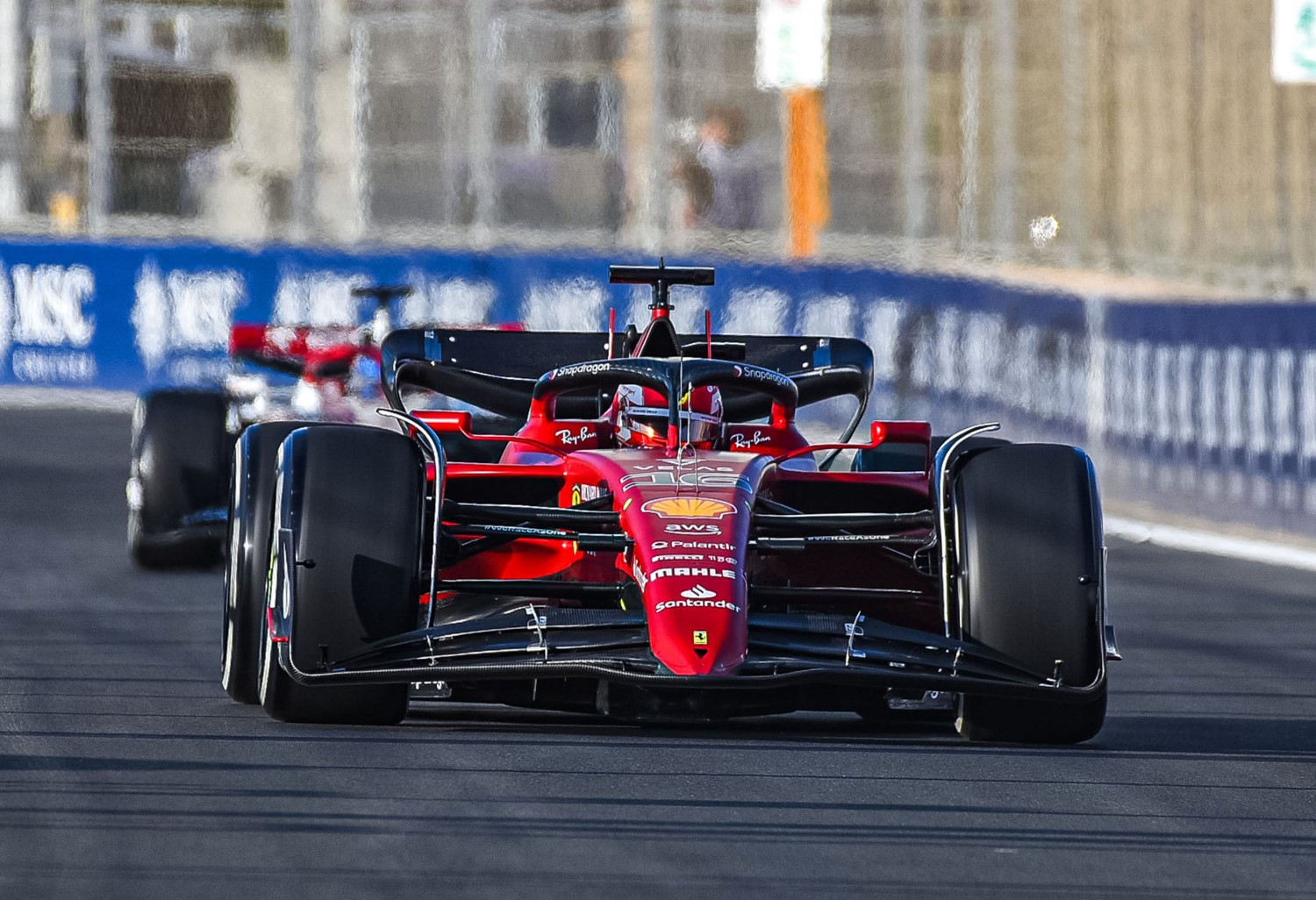 On a hot sun filled day in southern Florida that saw many drivers go off track learning their way around the still green Miami GP circuit, Ferrari driver Charles Leclerc led opening practice over a surprise resurgent Mercedes in the hands of their best driver, George Russell.

Leclerc’s time of 1m31.098s was just 0.071s faster than Russell as Mercedes appears to have solved their porpoising problem to a large extent.

Pierre Gasly rounded out the top-5 for AlphaTauri.

Do not put a lot of weight in these times just yet.  The track is green and the teams are still tuning their cars.

Miami delivered the excitement however,  a green track catching a few out, notably Bottas who lost some running after crunching his rear wing into the barriers down at Turn 7. But there will be a few happy faces too, with Russell impressing in second and Gasly one to watch in fifth. And how about Albon in P7?

Early days, but the signs are that the upgrades are working for the Silver Arrows. Hamilton had a proud record on American soil, while Russell is the only driver to finish in the top five at every race this season. Could they? The fans will be starting to believe.