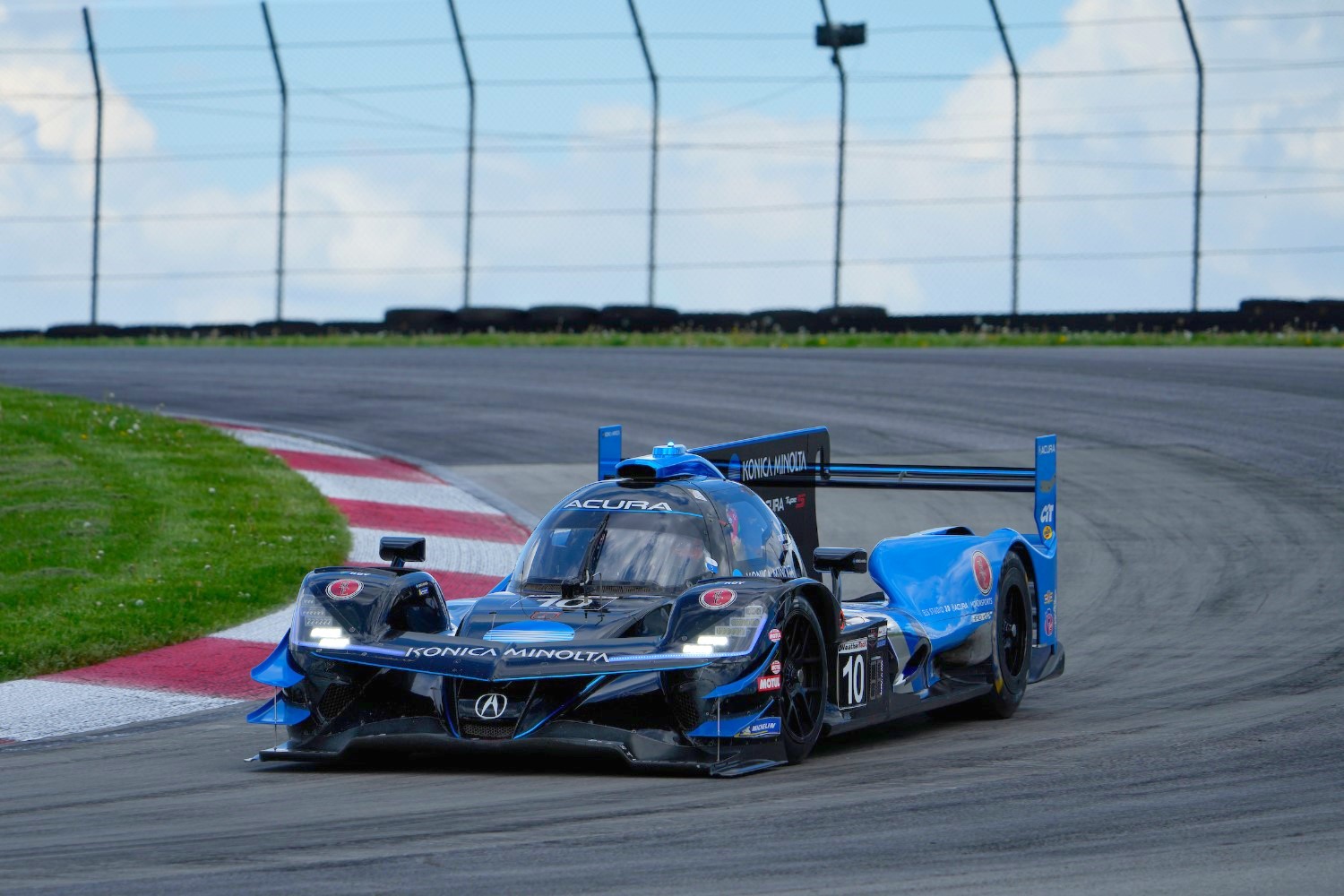 Taylor took the No. 10 Wayne Taylor Racing Acura DPi to a 2.098-second win over the No. 60 Meyer Shank Racing entry of Tom Blomqvist and Oliver Jarvis in another Acura 1-2 finish.

Starting second, Albuquerque moved into the lead at the start, and battled both fellow Acura racers Oliver Jarvis and Tom Blomqvist in their Meyer Shank Racing ARX-05, and the #01 Chip Ganassi Racing entry of Sebastien Bourdais and Renger van der Zande throughout the first half of the endurance contest. A mid-race caution flag saw Taylor and van der Zande go wheel to wheel, with van der Zande eventually spinning and Blomqvist quick to capitalize as the Acura duo then ran 1-2 to the finish.

Today’s victory is the fifth in a row for Acura at Mid-Ohio, as the manufacturer is undefeated here since returning to prototype competition in 2018. It also completed a weekend sweep for Honda Performance Development, the competition arm of American Honda in North America. On Saturday, Honda drivers Colton Herta and Simon Pagenaud finished 1-2 in the NTT INDYCAR SERIES race on the road course at the Indianapolis Motor Speedway.

The No. 31 Action Express Racing Cadillac DPi-V.R of Pipo Derani and Tristan Nunez completed the podium in third.

LMP2 honors went to the No. 81 DragonSpeed Oreca 07 Gibson of Juan Pablo Montoya and Henrik Hedman.

A late-race pass on Bill Auberlen by Jordan Pepper put Inception Racing and McLaren into victory lane for the first time in WeatherTech Championship competition in a fuel-mileage thriller in GTD.

Pepper, in the Optimum Motorsport-run No. 70 McLaren 720S GT3, got around Auberlen with less than five minutes remaining, with both cars attempting to save fuel.

Ricky Taylor (#10 Wayne Taylor Racing ARX-05) Race winner, second consecutive win for Wayne Taylor Racing in 2022; third victory for Acura: “I can’t say enough about my teammate. At the beginning [of the race], the tire pressures just went crazy [high] and I don’t know how he drove the car. Because I got an improvement [fresh tires and adjusted pressures] and I was still struggling. But at a track where we needed to get everything right, the team executed perfectly. They just nailed it. Great teams just find a way to win. We might not have been the fastest in qualifying, but this just goes to show how strong our team is, that we find a way to win, no matter what.”

Filipe Albuquerque (#10 Wayne Taylor Racing Acura ARX-05) Race winner: “What an amazing race. I’m so happy about this group of people [at Wayne Taylor Racing and HPD], just an amazing job by everyone. We had a great start, but then the car was super, super tricky on old tires, and I was really worried. But the car came a little bit back to us [after the first pit stop] and Ricky just pulled it off, he was amazing. A perfect job by everyone at the Konica Minolta Acura team.”

Tom Blomqvist (#60 Meyer Shank Racing Acura ARX-05) Finished second: “Close again, but not quite enough. That was a crazy race, actually. We were running good, the car looked quick. But we got caught out at our first stop. We stalled, basically. We looked like we had the lead going out of pit lane, we just got that wrong. That put us back in third. We had good pace. On the restart [following a caution period], I struggled a bit with the tire buildup, but I still managed to hold the position because the car was quick. Then I got caught in traffic and two Cadillacs managed to get by. The team did a great strategy to bring me in early [for the final scheduled pit stop]. I did some good out laps and managed to clear them again. They saved our race! Two little errors possibly cost us the win. The positive is, we have a