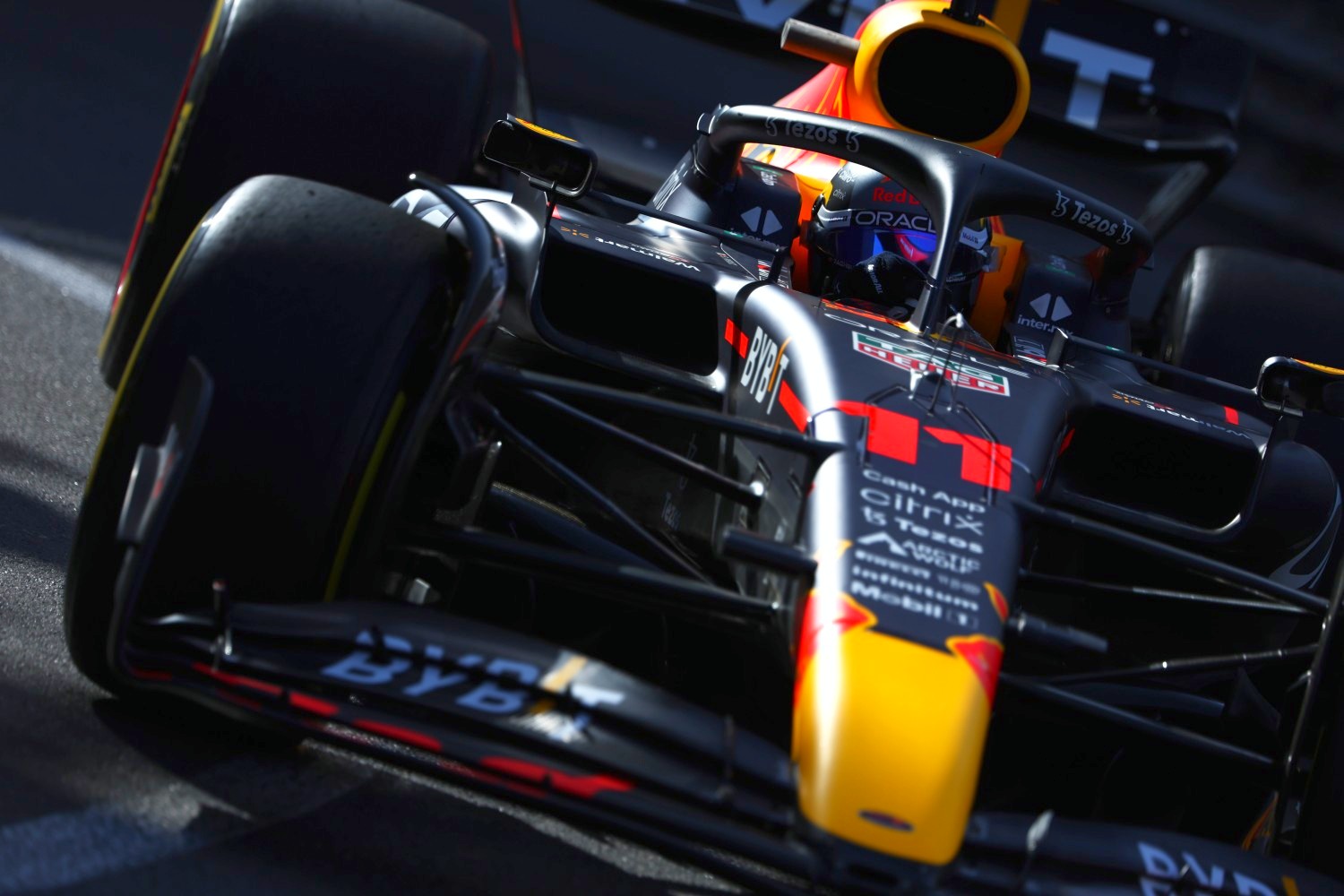 Charles Leclerc and Ferrari looked unbeatable at Monaco this weekend, but in final practice Red Bull’s Sergio Perez ruined the party in his #11 Red Bull.

After a last minute rear suspension adjustment, Perez put up a time of 1m12.476s – just 0.041s faster than the Ferrari of Leclerc.

Red Bull were three tenths back yesterday, but they look right in the fight here today. Don’t discount Ferrari though, with just 0.041s separating Perez in P1 and Leclerc in P2.

Max Verstappen could only manage 4th best in the #1 Red Bull, 0.405s behind, as he struggles to keep pace here with his Mexican teammate.

There was then a big gap back to Pierre Gasly in 5th for AlphaTauri.

The only incident in the session was Lance Stroll whacking the barrier with the right side of his #18 Aston Martin. He was able to drive it back to the pits, his session over.

So is it a four-way fight for pole later on? Perez and Leclerc seem the pick of the bunch, but the other two can’t be discounted. Sainz was very quick here last year, and Verstappen can never be discounted on any track.

Behind, Mercedes improved as the session wore on, but their drivers certainly didn’t look overly happy out there. Hamilton sounded confused as to where his missing pace was, but he did at least finish in front of his teammate, which is rare. Can Russell beat him yet again in qualifying?