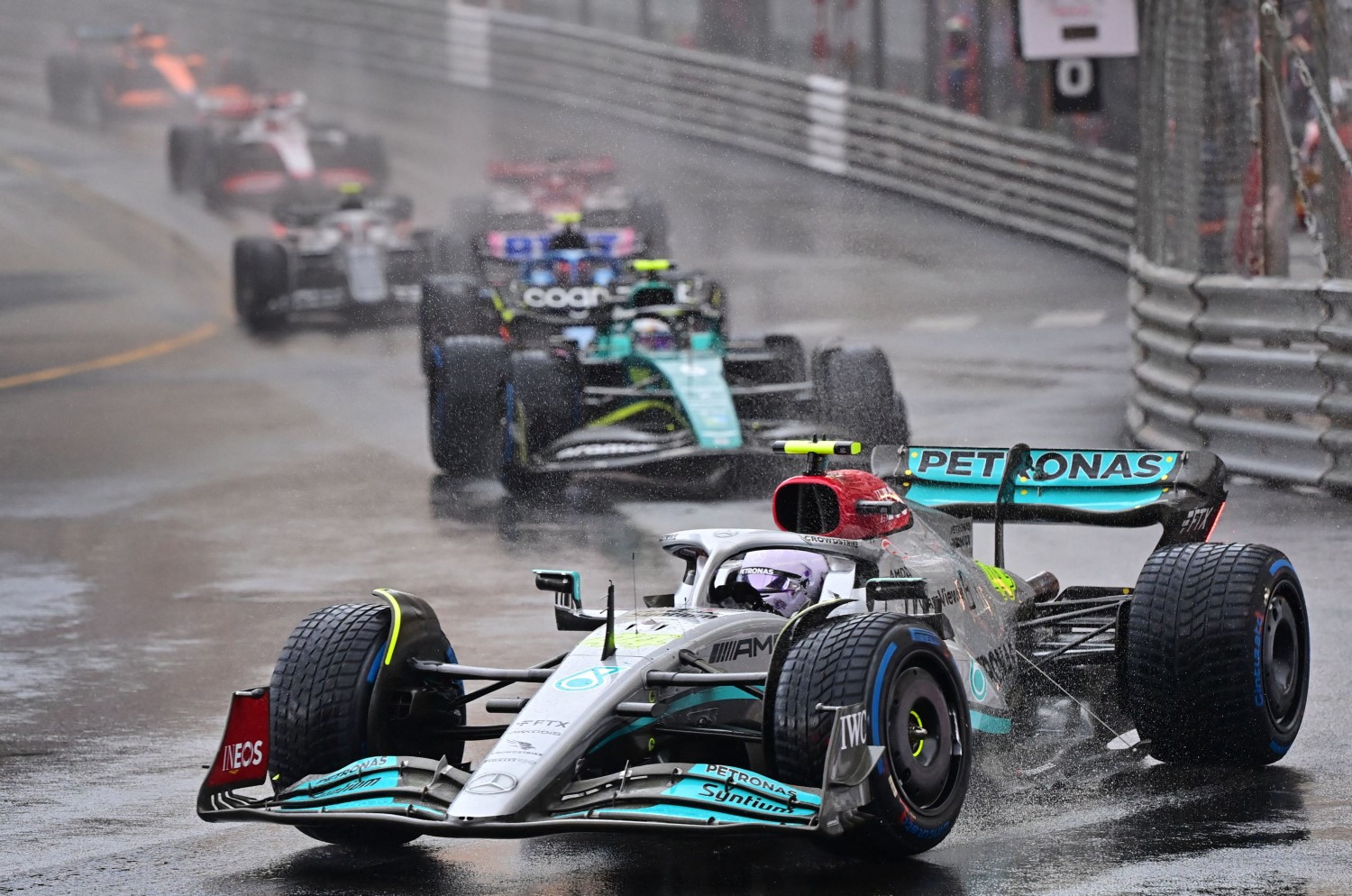 “We are Formula 1 drivers, so rain is not a good enough reason,” said the Mercedes driver.

But when he copped online criticism for his anti-FIA stance, Hamilton denounced it as “absolute rubbish”.

“Could we have started the race when it was meant to start? Probably, but then they would have had to stop it soon after.

“Please don’t use me to create a negative narrative,” the 37-year-old said.

However, Hamilton is in good company in questioning why the race had to be delayed for so long – after Monaco officials denied it had anything to do with a power failure.

“What those responsible did in Spa 2021 and now in Monaco in the rain is fooling the people,” German racing legend Hans-Joachim Stuck told Servus TV.

“They are supposedly the best drivers in the world, and they’re there on the start line – they should be able to drive in such conditions.

“The opportunity that Stefan Bellof used back in 1984 in the rain at Monaco doesn’t come along very often. Starting behind the safety car is the worst nonsense.

“Most drivers want to prove themselves, especially in Monaco. I do not understand this approach of the race management at all,” Stuck added.

“Safety is very important,” he told Autosprint, “but we are talking about the best drivers in the world behind the wheel of very strong cars.

“I would have let the race start on time and only interrupted it if the conditions were really extreme.”

Hamilton’s view is also backed by current rival Pierre Gasly, who said of the FIA: “I don’t think they should question our abilities. That’s our job.

And former Mercedes boss Norbert Haug told Sky Deutschland: “The spectator is saying ‘My car drives in the rain but the greatest, fastest cars and drivers can’t?

“Formula 1 would be well advised to find ways to stop this. I’m sure it’s on Ross Brawn’s list.”