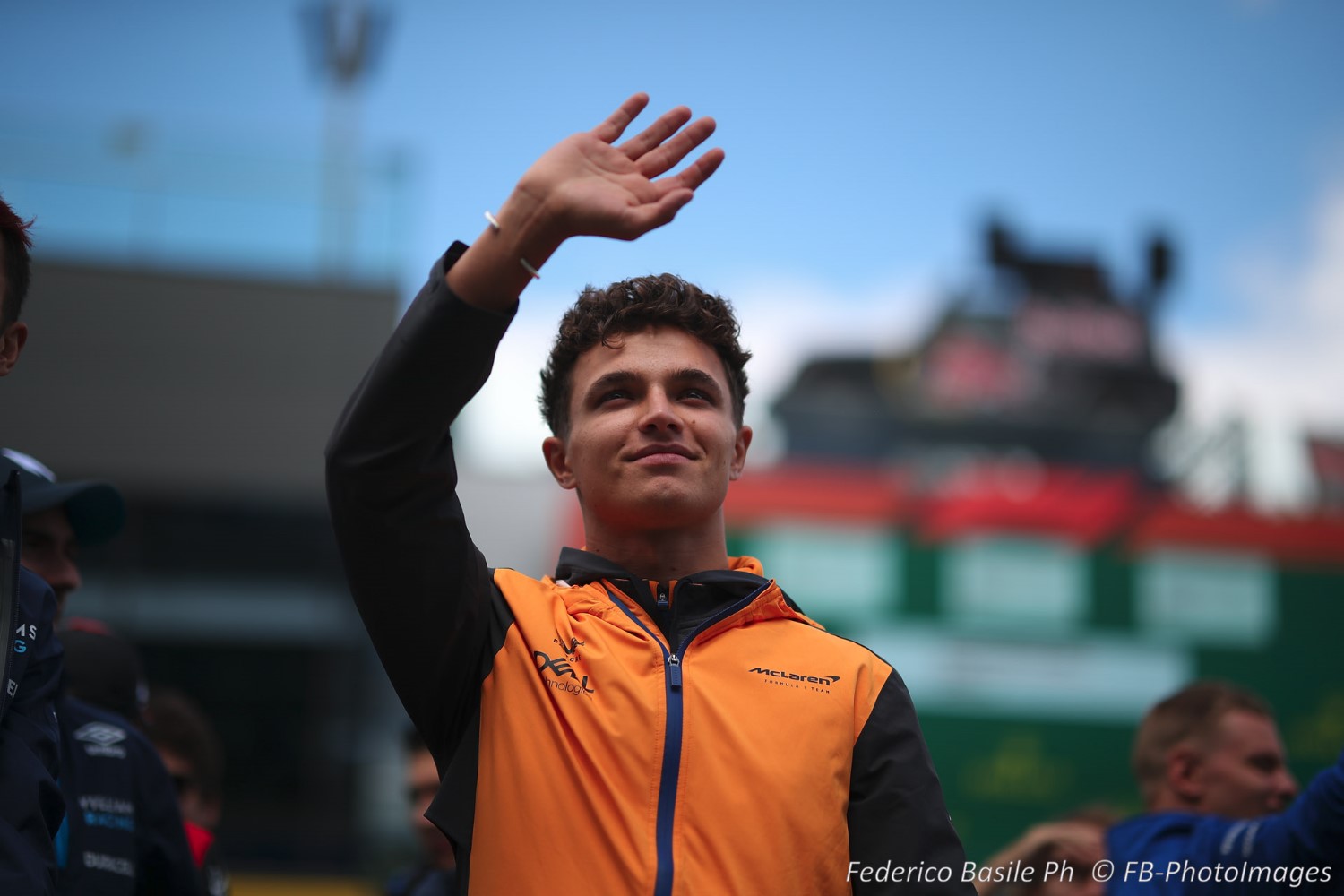 McLaren driver Lando Norris has called on the FIA to remove sausage curbs, a type of raised curb placed around corners, from circuits following two big accidents in other series.

Sausage curbs are often added to chicanes to deter drivers from cutting corners, but in the past two weeks have been responsible for accidents that have launched cars into the air.

At one of the Formula 2 support races at the British Grand Prix, Denis Hauger’s out-of-control car was launched into the air over a sausage curb at Vale corner and made contact with Roy Nissany’s car at helmet level. Nissany’s halo cockpit protection saved him from serious injury, but the accident would have been less dramatic had it not been for the sausage curb.

At a World Endurance Championship race at Monza on Sunday, Henrique Chaves’ GTE Aston Martin was launched into the air at the Variante Roggia after he lost control under braking. The accident saw the door of Chaves’ car ripped off before it flipped and landed on its roof. Fortunately, no other cars were near the Aston Martin when it launched over the curb.

In a column in the Daily Telegraph, Norris detailed the Chaves accident and called for a ban on sausage curbs, which are currently used at a majority of F1 circuits.

“The car should never have been sent airborne in the first place. Certainly not in such violent fashion,” Norris said. “These things are always more complex than they seem but there is one thing I am concerned about: sausage curbs.

“I have been critical of raised curbs in the past, but I think it is time we acted on these warnings and removed them from our sport. Chaves’s crash was the second big one in two weeks after the incident in the Formula Two race at Silverstone when Dennis Hauger’s car was launched into the air when he struck a raised curb, crashing into the halo safety device of rival Roy Nissany.”

Norris said the latest generation of F1 cars, which run lower to the ground and feature stiff suspension to extract maximum performance from underfloor aerodynamics, are even more susceptible to the dangers of sausage curbs.

“With Formula One cars running lower to the ground than ever, and stiffer than ever, we need to act because when these cars hit these curbs, you do not ride them. You can be launched into the air. Cars can pop up, do big wheelies and then slam back down again, which can be very painful on the back.

“Chaves’s crash last weekend is a reminder that we cannot let this drag on. Issues such as sausage curbs are, in my eyes at least, a critical topic that we need to sort out sooner rather than later.”