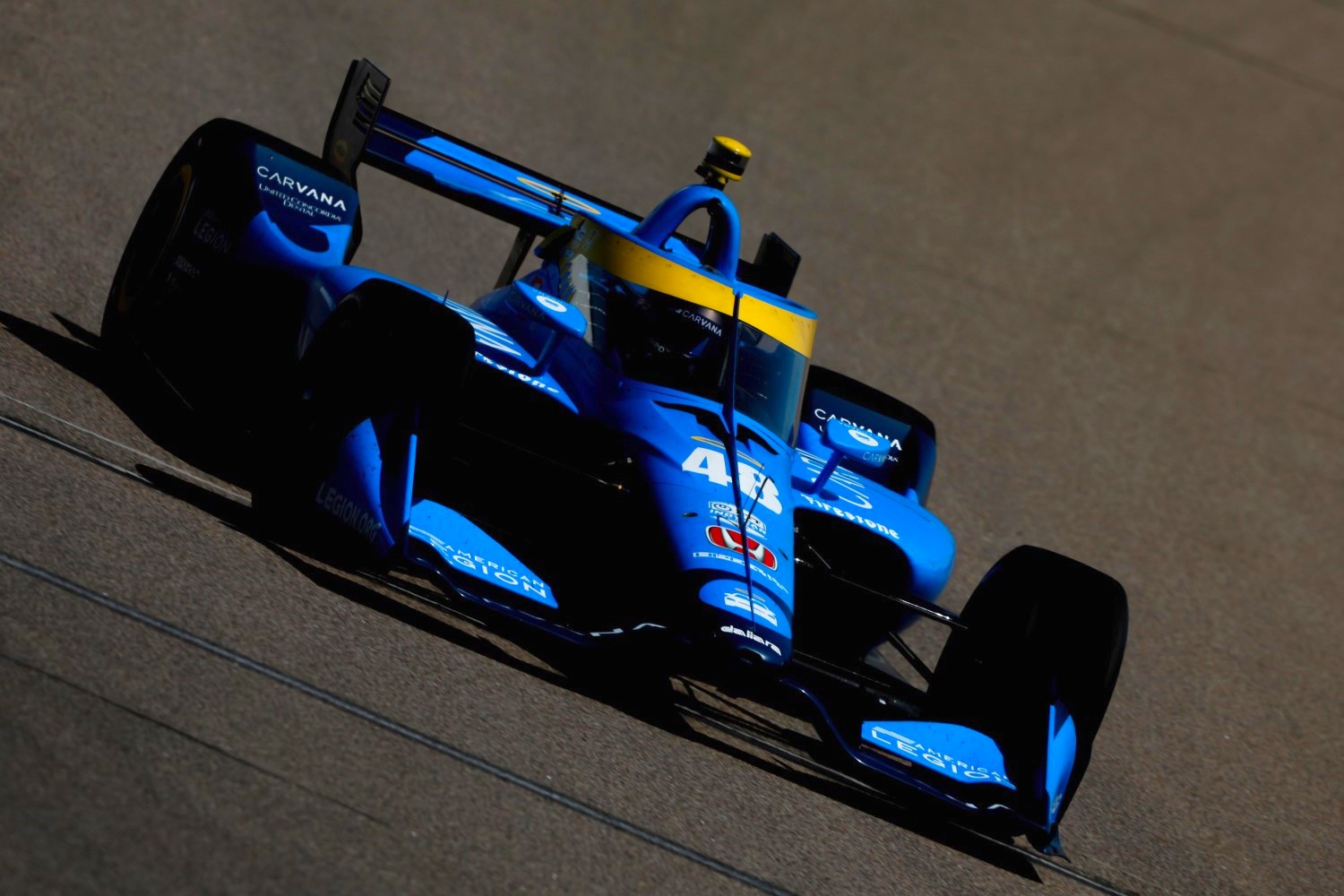 Good morning from the Iowa Speedway.  Race 1 was run in 98 degrees yesterday, but today’s temperatures are predicted to only reach 83 degrees for Race 2.  Last night some thunderstorms moved through the area which would also change the grip on the track.

Mark Walhberg, co-owner of Wahlburgers restaurant franchise that is featured in many Hy-Vee supermarkets across Iowa and the Midwest, will be the Grand Marshal for Race 2.  Walhberg has been nominated for multiple Academy Awards, Emmy Awards and Golden Globe Awards for many blockbuster movies.  His career included being executive producer of the popular HBO series Entourage, Broadwalk Empire, Bailers and How to Make it in America.

Gwen Stefani, an American singer, songwriter, rapper, fashion designer and actress, will be live on stage today at 12:15 pm, before Race 2. Her husband, Blake Shelton, is also an   American country music singer and television personality, will perform after the race at 5:15 pm.  The couple met while working on the TV show, “The Voice”.

Jimmie Johnson, driver of the number 48 Carvana Chip Ganassi Racing entry, led 19 laps in Race 1 yesterday, his first time racing on the short 0.894-mile oval track.  The 46-year-old compared driving here to some of the NASCAR Series tracks, and was able to drive higher up the track with confidence.

AR1 spoke with him after his first time qualifying  here.  “It was an incredible, what a rush.  Just with the small oval and how aggressive you can be, it was a heck of a rush.  Especially flying through the corners at the kind of speed and having so many laps on  short tracks.   The center corner loading is pretty high here. ”

“It was tough to understand where people were with their tires.  I was very comfortable in the second lane and set up  a lot of passes.  I felt like I was in a really good spot.”

Johnson’s livery will be different for today’s race,  The Carvana sponsorship will be replaced with the American Legion colors.

This morning there is only one NTT INDYCAR Series activity at 10:55 am.  Teams will be able to run the cars for one lap on track before the Hy-Vee Salute to Farmers 300 presented by Google.  The 300-lap race is scheduled for a 2:25 pm start time.