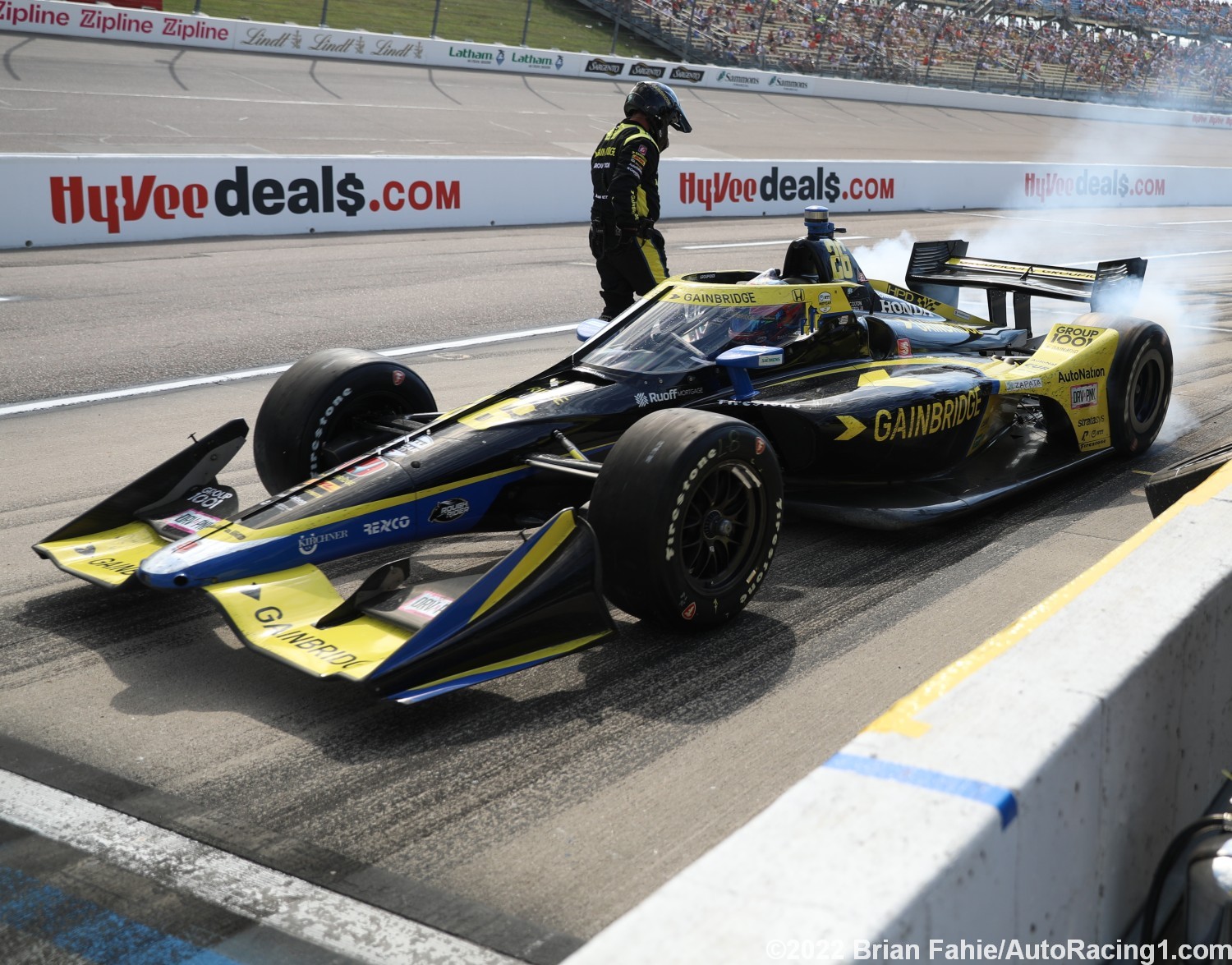 According to Rule 16.6.1.2, the penalty is a six-position starting grid penalty on road and street course events and nine positions at oval events and will be served at the series’ next event, which is the Hy-Vee Salute to Farmers 300 presented by Google Sunday, July 24 at Iowa Speedway.