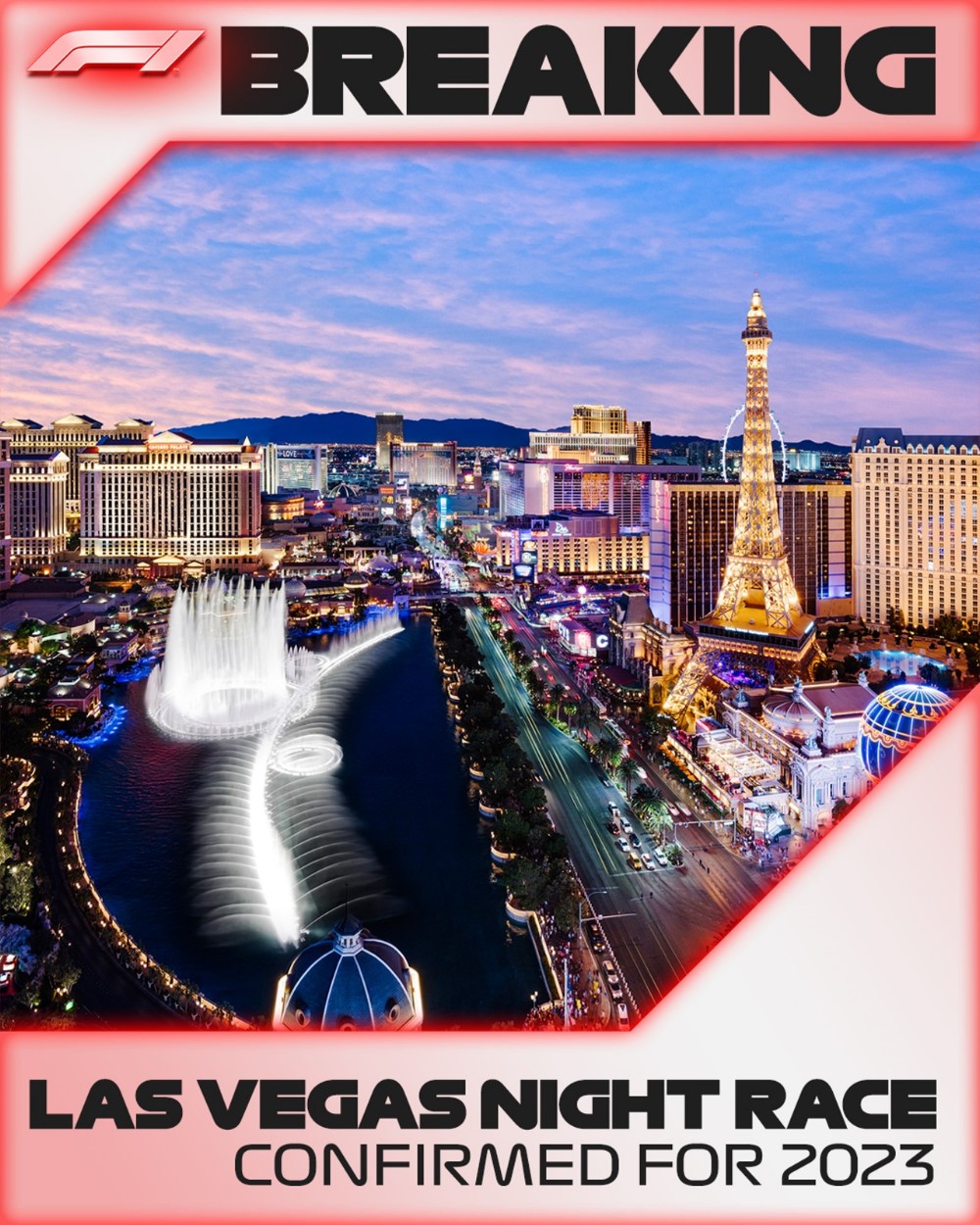 The race will be run under the lights and is expected to be spectacular.

The race will continue to be held the weekend prior to Thanksgiving is future years.

“The document states that the LVCVA will work with stakeholders like local casinos to avoid guerilla marketing attempts and to develop “systems to monitor the perimeter and vicinity of the circuit and any other areas within the Las Vegas region where infringements might be expected to take place during the event period.”

“F1 also appears interested in trying to have legislation passed in Clark County to help protect its commercial rights. As previously announced, the document confirms that the LVCVA will pay $6.5M annually to help assist with various aspects of the race like public safety, security, volunteers, marketing support, circuit construction and securing space in the Las Vegas Convention Center.”