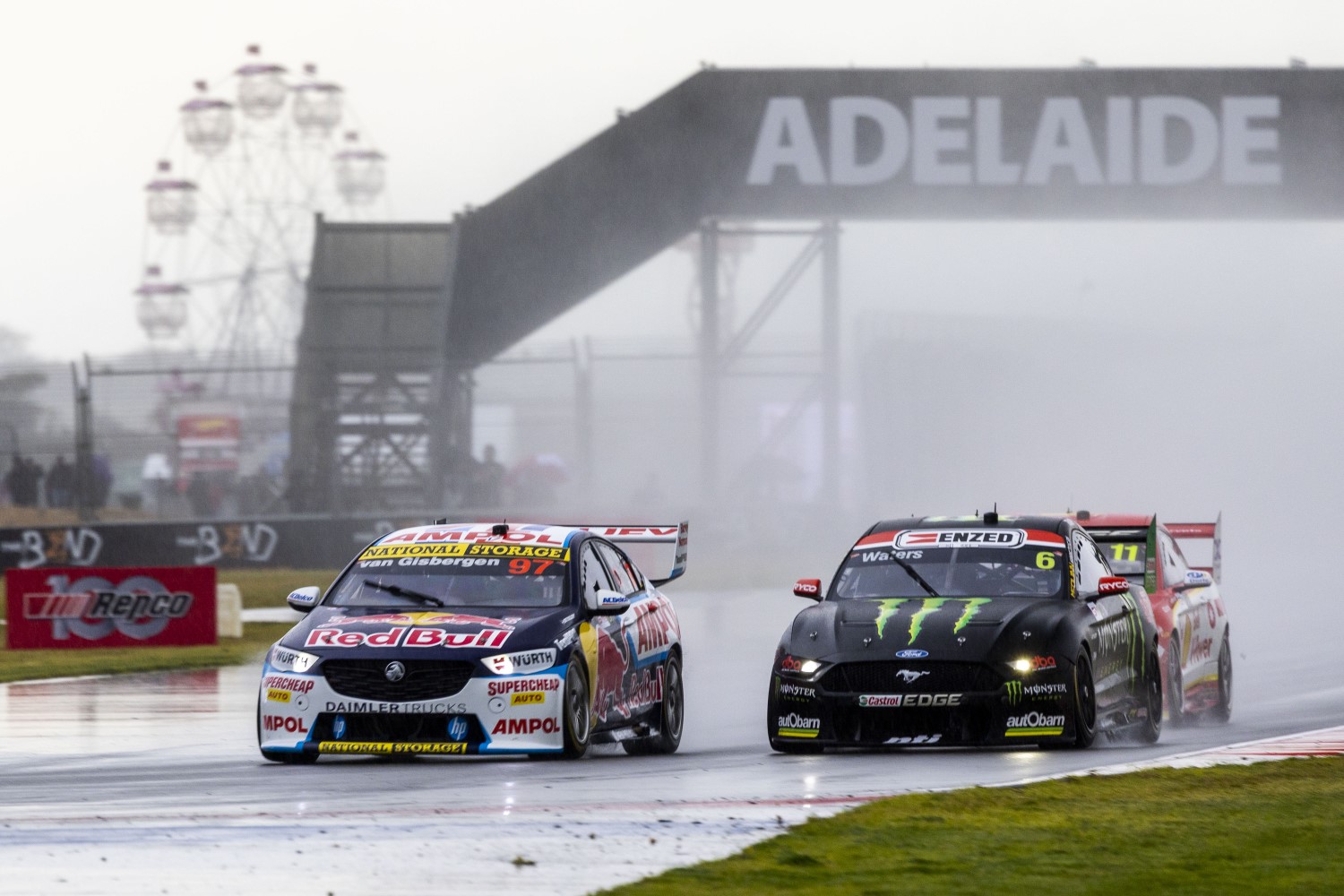 Red Bull’s Shane van Gisbergen completed a crushing weekend at the OTR SuperSprint in a wet finale that was filled with crashes and some of the best driving ever seen in the Repco Supercars Championship.

For the third time in as many starts, van Gisbergen took home all 105 points on offer.

Broc Feeney finished fifth ahead of Will Brown and Anton De Pasquale, who dropped behind Waters to third in the standings.

Red Bull Ampol Racing has now opened up a 121-point lead in the teams’ championship.

“That was awesome, racing someone who has nothing to lose,” van Gisbergen said.

“What an awesome weekend, can’t thank the team enough.”

A downpour before the race ensured the 24-lapper had to start behind the BP Ultimate Safety Car.

Waters led early and in one of the most entertaining displays of driving seen in recent races, the Monster Energy Mustang and Van Gisbergen swapped the race lead in the wet over and over again.

The defending Supercars Champion applied the pressure to Waters constantly, who made an error at Turn 17 and never found his way back to the front.

By the end of the race, nearly every single car in the field had suffered some kind of damage ranging from bonnets bent in half to missing pieces as they rolled back into pit lane.

Two drivers missed the final race of the event, Thomas Randle and Andre Heimgartner, who were transported to hospital for precautionary scans following a major crash in today’s earlier race.

The 2022 Repco Supercars Championship will resume at the Penrite Oil Sandown SuperSprint from 19-21 August at the famous Melbourne circuit.