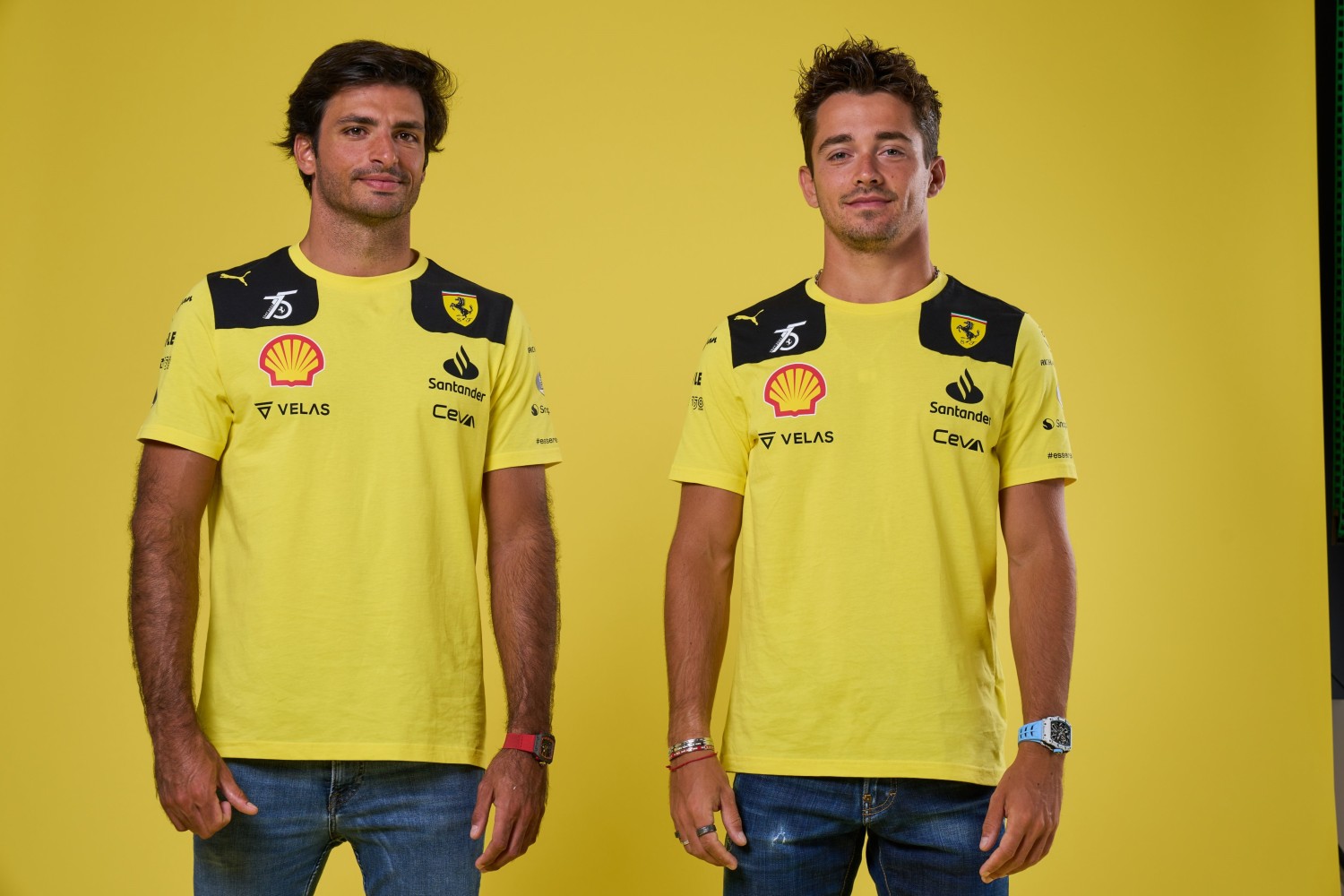 Ferrari have unveiled the yellow team gear Carlos Sainz and Charles Leclerc will sport for this weekend’s action at Monza.

Taking to social media on Tuesday, counting down the days to their home race, Ferrari showed off shots of race drivers Carlos Sainz and Charles Leclerc sporting yellow T-shirts.

One tweet had the caption “C²”, referring to their two drivers, and included Sainz and Leclerc in a variety of poses to show off the clothing range.

“Shop the Monza look – get your hands on the new ‘Giallo Modena Special Edition’ T-shirt NOW,” said another tweet.

The reason for the color yellow is the team are celebrating 75 years since the inception of the Scuderia as an independent constructor (which was actually Enzo Ferrari’s second attempt at a team). This is also the reason for the 2022 F1 car bearing the moniker of the ‘F1-75’.

Yellow and blue are also the colors of Modena’s flag and arms, the city in which Enzo Ferrari was born and raised.

For now, it appears the team’s yellow color scheme only applies to team gear and race suits, with no plans to change the base of the car livery. However, there could be a nod to the yellow included in the form of a logo emblazoned on the nose and sides. This is yet to be confirmed by Ferrari.

Meanwhile, the Ferrari transporter headed to Monza for this weekend’s race, caught fire.  What else can go wrong for Ferrari this year? 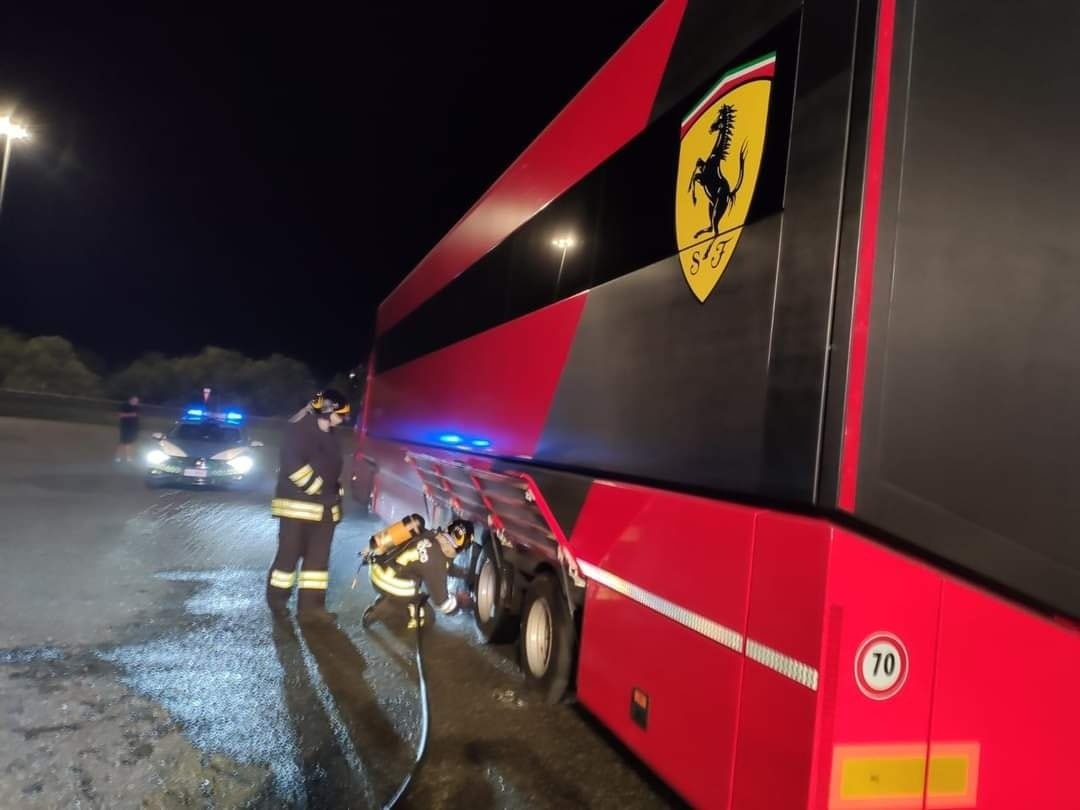 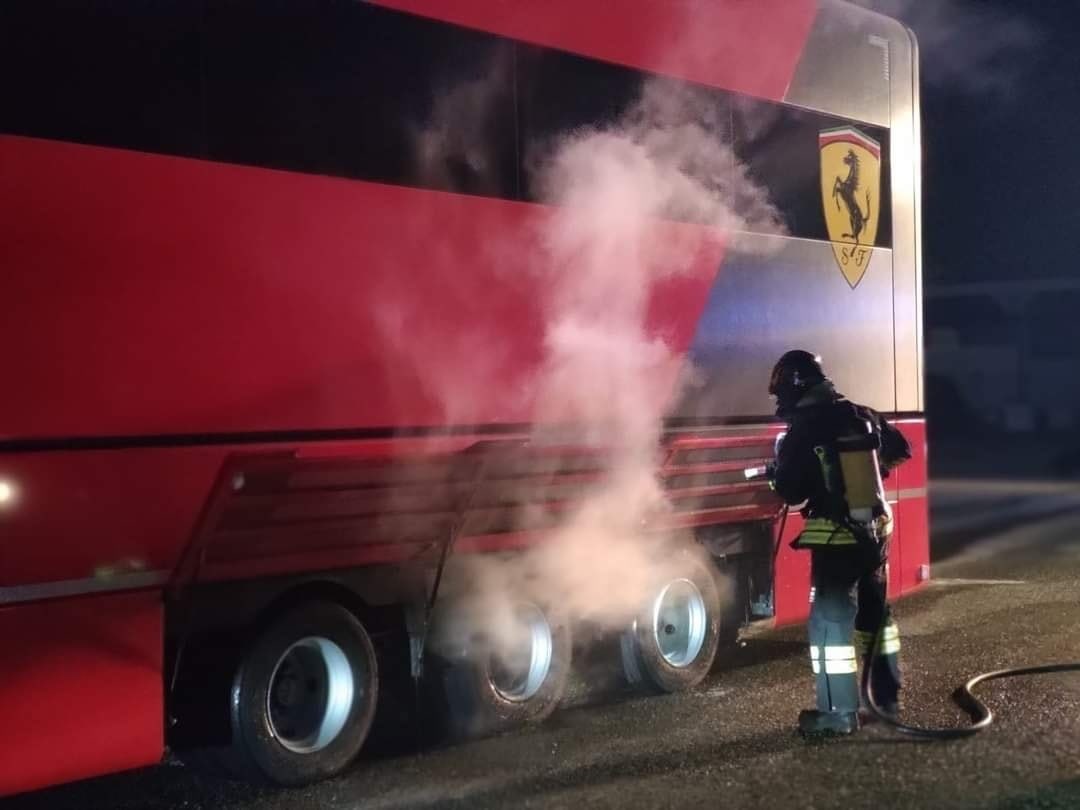