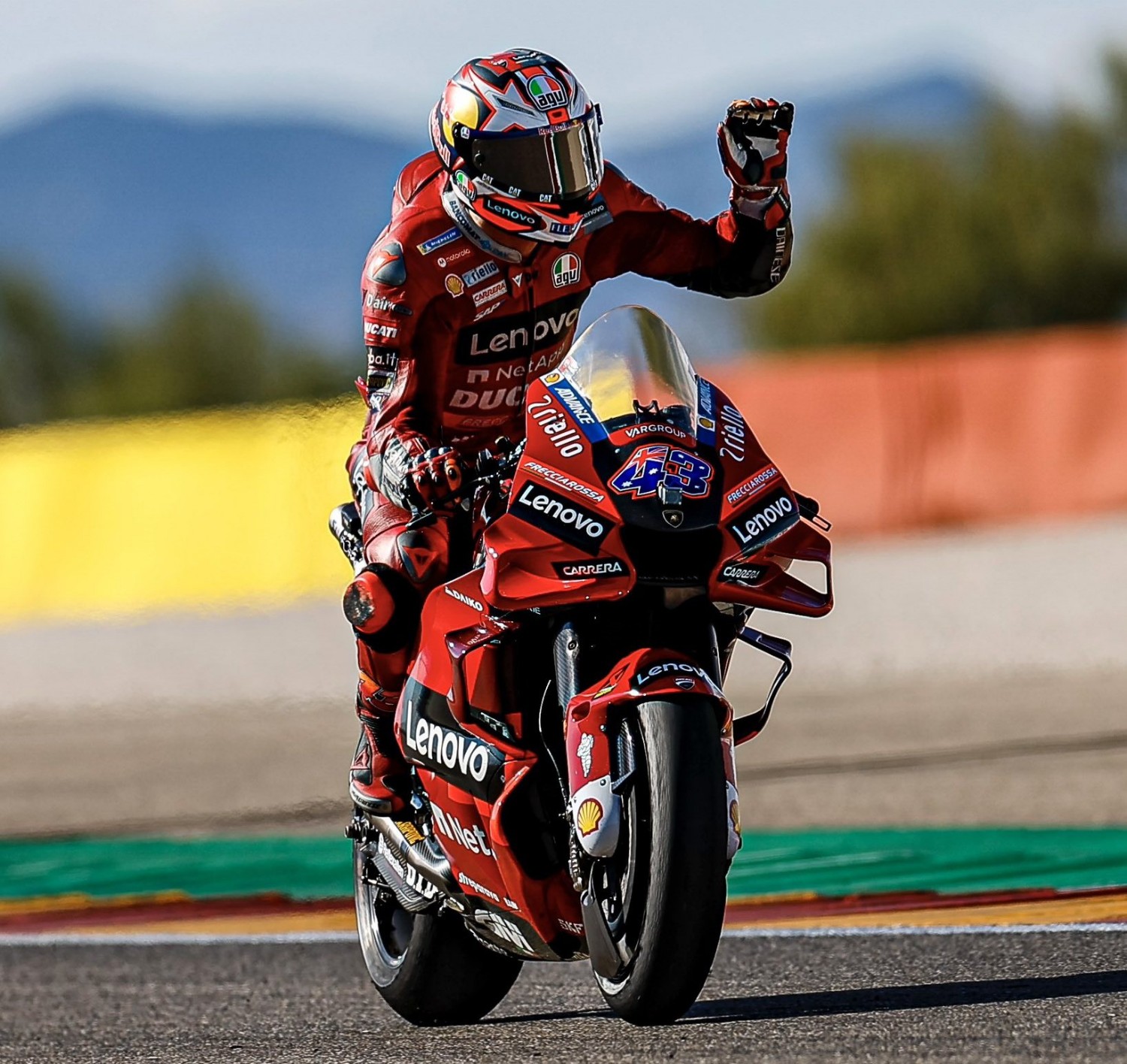 Jack Miller (shown above) was quickest in a super-tight, all-Ducati top five after MotoGP FP3 at Aragon.  The Italian bikes have so much power they are hard to beat.

Miller set the pace with a 1m46.992s and fellow Ducati Lenovo Team rider Francesco Bagnaia was only 0.030 seconds slower on his personal best lap.

Marco Bezzecchi, Enea Bastianini and Jorge Martin rounded out the top five, with the former two combining to knock Aprilia Racing’s Aleix Espargaro out of the top 10 at the end of the session.

Espargaro will form part of an all-star Q1 later today at Motorland Aragon which will also include the Repsol Honda Team’s Marc Marquez who crashed his way to 12th quick time.