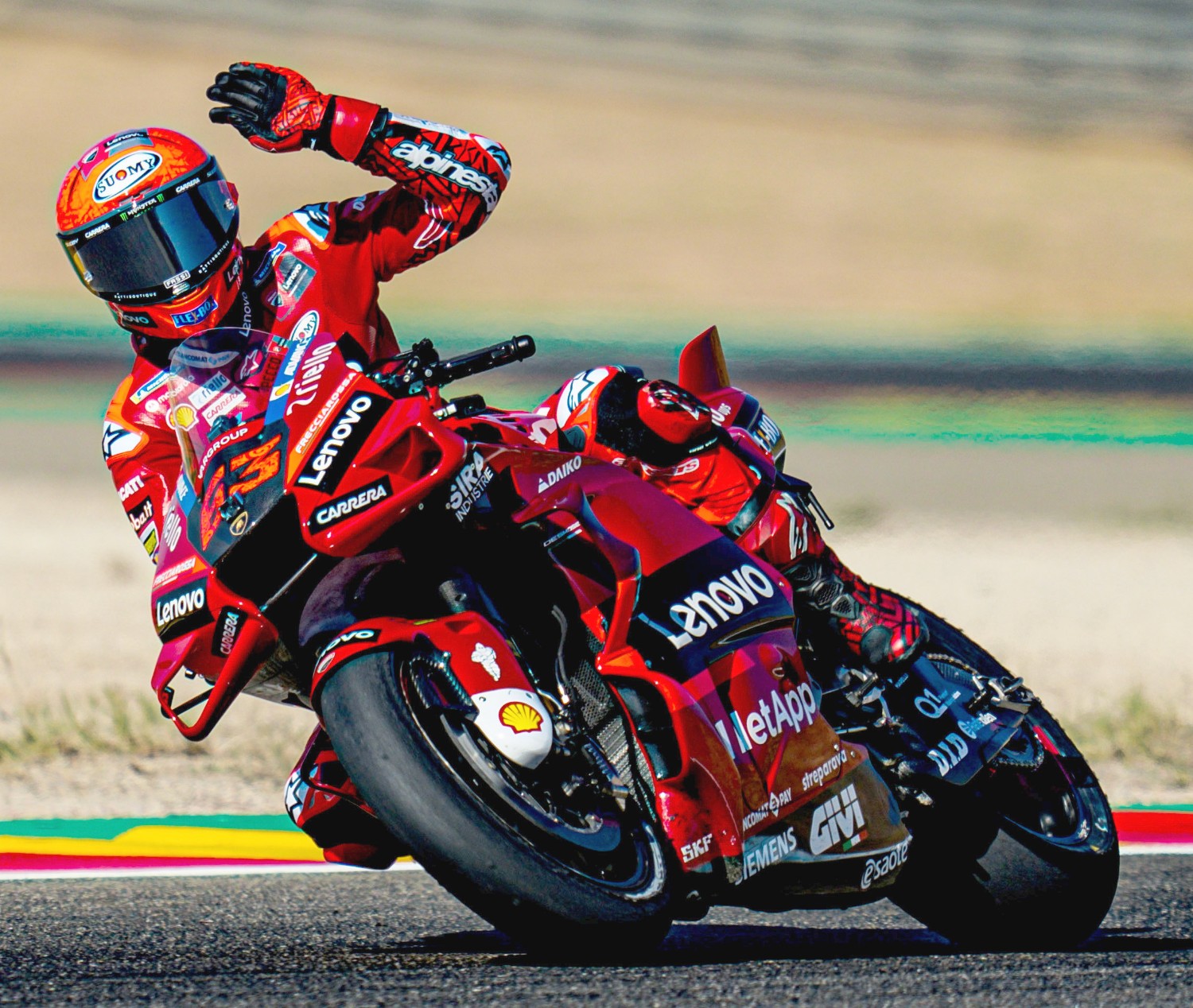 Bagnaia took pole by 0.090s from Jack Miller on the sister factory team Ducati, as Bastianini completed the front-row sweep for Ducati.

Marc Marquez will line up 13th for his first MotoGP race since the Italian Grand Prix back in May. The factory Honda rider was in the battle for the top two positions throughout Q1, but ended up third when the yellow flags were flown for a crash for Repsol Honda teammate Pol Espargaro.

This ultimately prevented Marquez from improving on his 1m46.909s, meaning he missed a place in Q2 by just 0.066s.

Not that it matters much, the Honda machines are a disaster this year.