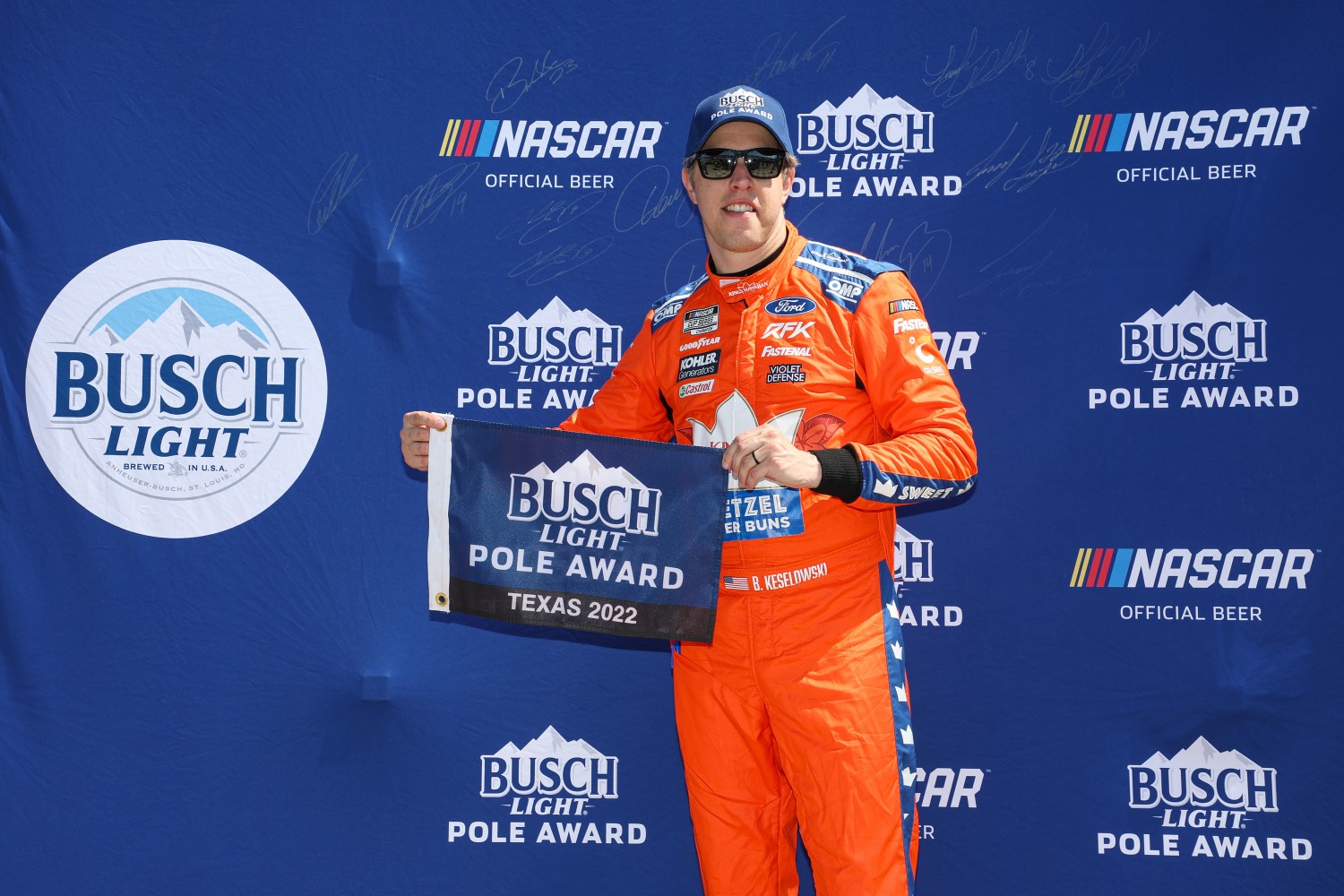 This is the 2012 series champion’s 18th career pole. He is looking for his first NASCAR Cup Series win at Texas Motor Speedway.

“It’s certainly a lot of progress,’’ Keselowski said, adding, “You do things in this sport and it takes six to eight months to be noticed. It takes months and months of hard work for it all to come together and it’s super painful.”

It will be in all-Ford front row Sunday as Joey Logano joins his former teammate on the front row.

William Byron, Tyler Reddick and Michael McDowell will start inside the top five while Chase Elliott, Austin Dillon, Denny Hamlin, Kyle Larson and Daniel Suárez make up the rest of the top 10 in the starting lineup.

Despite being the most-consistent playoff driver in the Round of 16, Bell will have to work through the field to hold his spot above the current playoff cutline as he sits just four points above it.