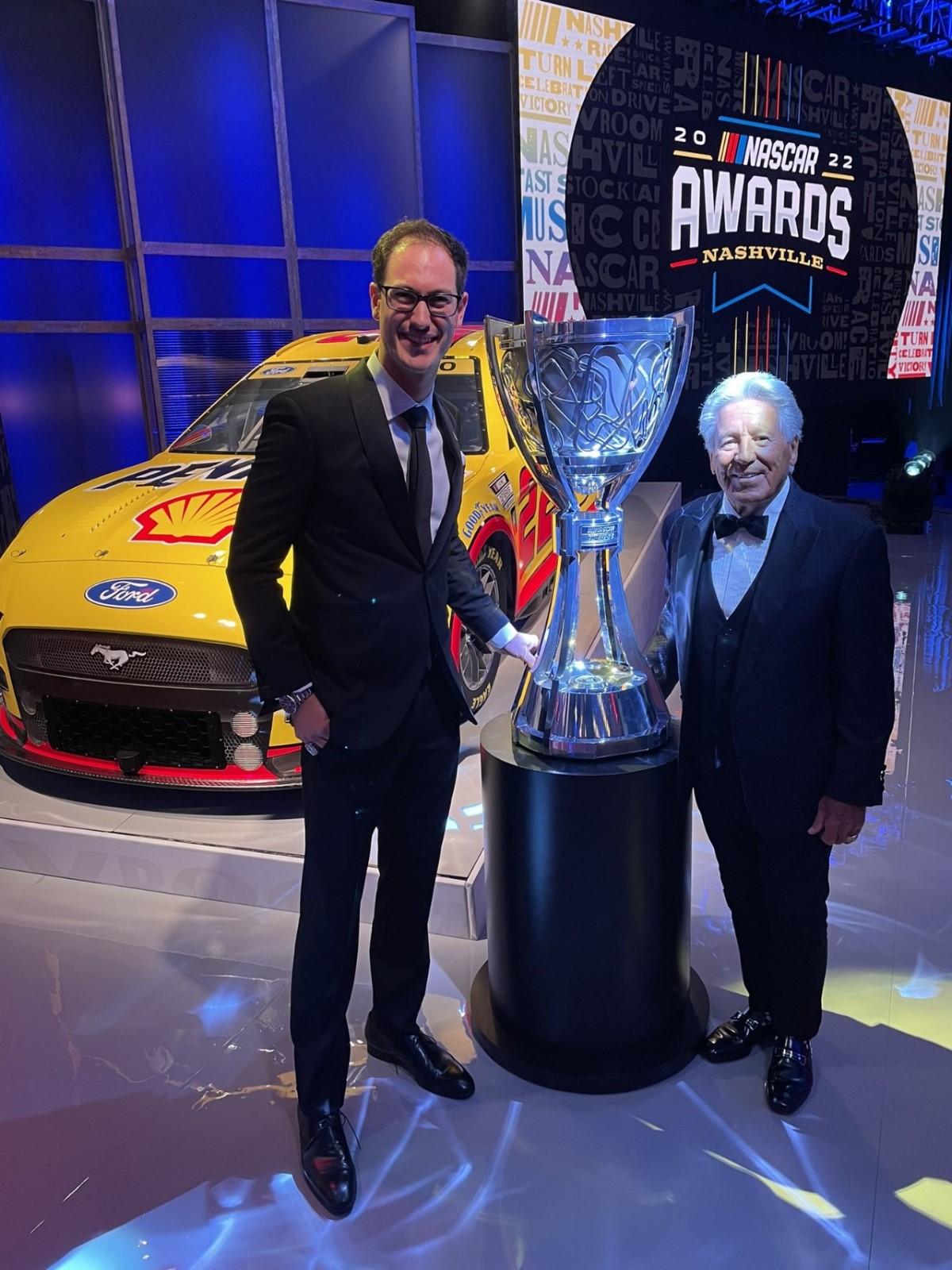 This year’s NASCAR Awards banquet saw Joey Logano’s life and racing career come full circle, as he was introduced for his championship speech by racing icon Mario Andretti, his boyhood hero. It also featured a touching moment in which Ty Gibbs, the 2022 NASCAR Xfinity Series champion, received a standing ovation as he came up to make his champion’s speech less than a month after the sudden death of his father, Coy Gibbs.

Logano said he had Andretti’s picture on his wall as a kid. “ … as weird as it sounds, I went to bed every night looking at a picture of Mario Andretti.

Joey Logano got to pick who introduced him at the awards ceremony. He didn’t hesitate in his answer: Mario Andretti.

Why he did and what it meant to him for Andretti to introduce him Thursday night. pic.twitter.com/8FK6ucl4Zn

The Awards Ceremony itself is being broadcast Saturday night streaming on tape delay on Peacock at 8pm ET.