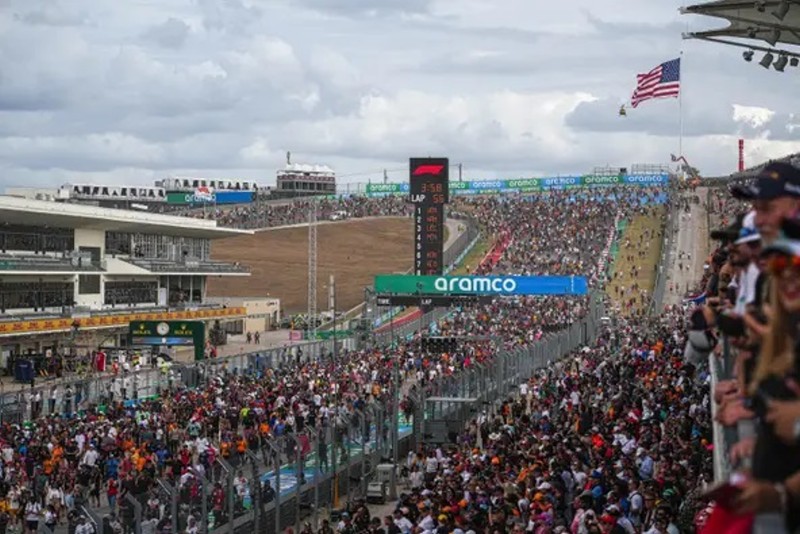 Circuit of The Americas (COTA), home to the Formula 1 United States Grand Prix since 2012, welcomes the pinnacle of motorsport back for an 11th time on October 20-22, 2023.

New in 2023: A sprint race at COTA and the first American driver since 2015. Florida-born Logan Sargeant will enter the series as a part of Williams Racing.

Following record-breaking attendance over the 2022 race weekend, COTA and the city of Austin expect significant growth in numbers yet again in 2023. While the Texas track remains the true home of the United States Grand Prix, the total of races in the U.S. will hit three in the upcoming season—a record for the country, as American interest grows in the motorsport. Mark your calendar, set an alarm, and have your web browsers open to get seats!

For more information on F1 at Circuit of The Americas, visit https://circuitoftheamericas.com/event/f1/.

It’s almost time to secure your spot at the 2023 Formula 1 United States Grand Prix on October 20-22! Next week, fans will have the chance to purchase tickets for the 2023 USGP.

Formula 1 recently announced that the United States Grand Prix was selected as one of six sprint races for the 2023 season! The F1 Sprint sees the standard one-hour qualifying session shifted to Friday, setting the grid for a 100-kilometer dash on Saturday, which in turn sorts the starting order for Sunday’s main event.