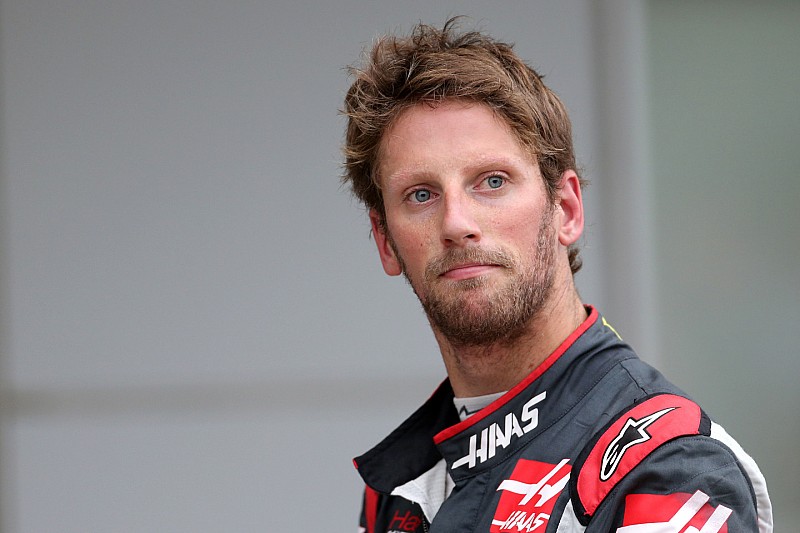 At the end of 2020, just after his near-fatal fiery crash in Bahrain, Frenchman Grosjean – now in IndyCar – was ousted by Haas as the team replaced the existing lineup with rookies Schumacher and Nikita Mazepin for 2021.

Both of those rookies are no longer part of Haas, with the team deciding to pair Grosjean’s former teammate Kevin Magnussen with 35-year-old F1 returnee Nico Hulkenberg next year.

When asked why that decision was made, team boss Gunther Steiner explained: “Because we are no longer the same Haas team as at the beginning of 2021.

“Now we need experienced hands on the steering wheel.”

Grosjean, who has been signed up for Lamborghini’s factory Le Mans effort, disagrees with his former F1 boss.

“Mick Schumacher did a good last part of the season and from my point of view there was no reason to change anything in the lineup,” he said.

However, the Frenchman agrees that German Hulkenberg is competent.

“Hulkenberg is a very talented driver who used to show great speed,” said Grosjean. “Let’s see what he can achieve at Haas, but – again – that’s not the decision I would have made on the driver question.”

Indeed, Hulkenberg has been essentially out of F1 full-time since he lost his works Renault seat at the end of 2019.

He admits to having felt “human degradation” towards the end of the post-Abu Dhabi test.

“We also have pre-season testing in Bahrain,” the Haas team boss insisted. “I think he’ll be right on top of it by then.

“Physically these Formula 1 cars are quite demanding and it will take him a while to get used to them because the only way you train your muscles is to drive the cars.

“He was reasonably fit already, but then we also had the question of whether he is immediately sharp when he comes back after being out for a while. But if you look at the results he showed when he just came in at the last minute, he was pretty good,” Steiner added.

As for Schumacher, he looks set to keep his F1 dream alive next year with a non-racing third driver role at Mercedes.

The 23-year-old admits to may have miscalculated the task of going head-to-head with the highly experienced Magnussen last year.

“He went into this season without great expectations – he had nothing to lose. But I did,” said the German.

“Looking back, given the signs, my approach was probably wrong.”