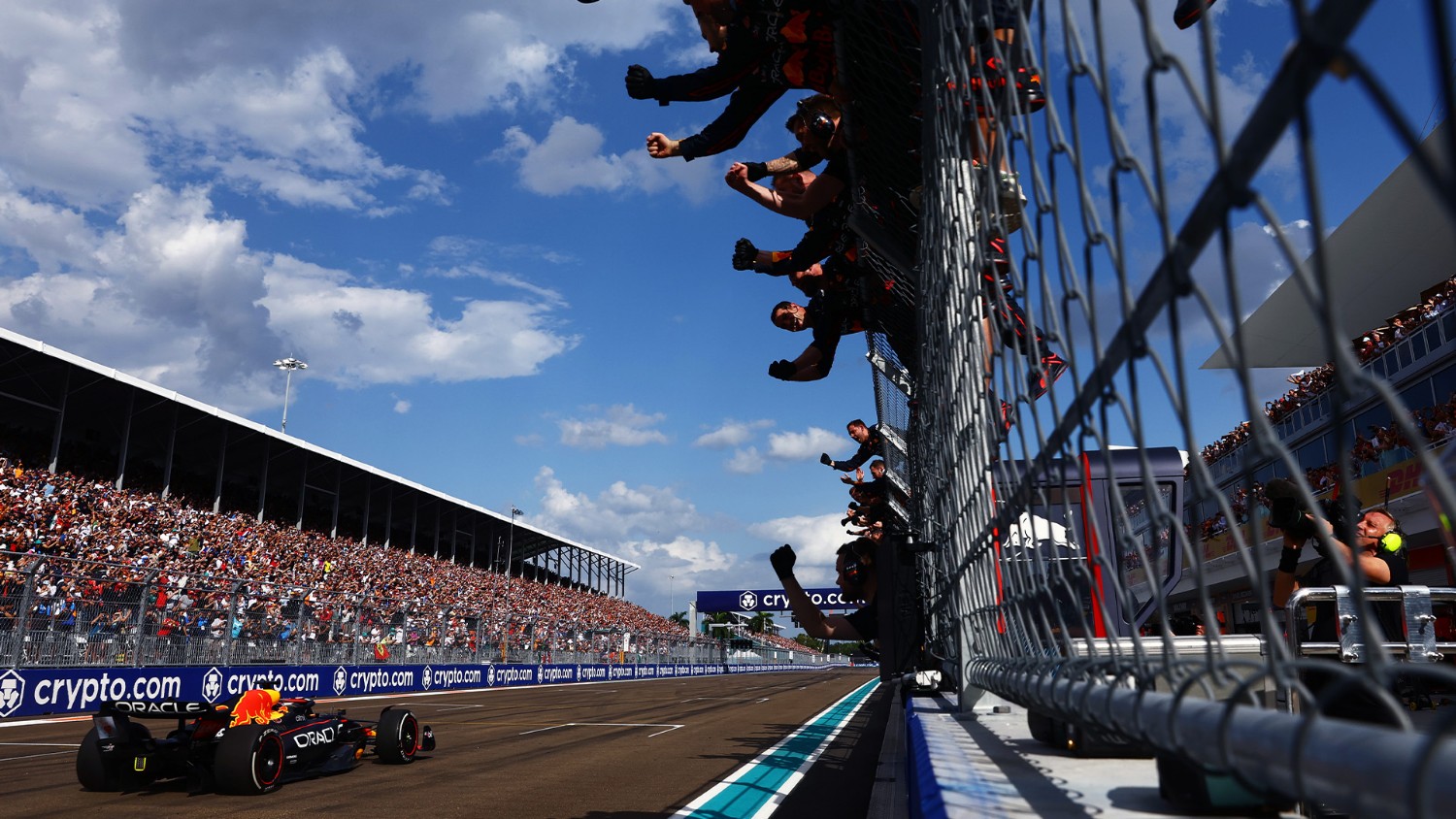 According to F1 CEO Stefano Domenicali, the 2022 F1 Miami GP outperformed the 2020 NFL Super Bowl at the same venue.

Talking to the RCS (Rizzoli-Corriere della Sera) Academy in a recent interview Domenicali discussed how F1 has been able to penetrate the USA market in a big way, and how the Miami GP was a bigger event at Miami Gardens than even the NFL Superbowl.

“The first Grand Prix in Miami, this year, generated results superior to those recorded by the 2020 Superbowl organized in the same city. For us, this is a data of enormous importance that contains many precious indications.”

“The first Grand Prix in Miami, this year, generated results superior to those recorded by the 2020 Superbowl organized in the same city. For us, this is a data of enormous importance that contains many precious indications.”

He explains how, under American ownership – Liberty Media, F1 is no longer as rigid as it used to be, and many changes have been implemented to expand the fan base size.

“We are putting a lot of things on the table. Many say no, but we have seen on some occasions the beauty of having reshuffles in the race, more overtaking. We have an obligation to try . We have to try; there are always many excuses for not doing so. It is a life principle. Purists always twist their mouths , but over the years F1 has changed the way of qualifying dozens of times “.

Ross Brawn was also very complimentary about the American company that took over from British dictator Bernie Ecclestone.

“I think Liberty have done a great job,” he told Autosport.

“I would say this, but they employed me! And while I say that, they recognized that they wanted to improve the sport. They didn’t just come in and say ‘how can we improve the margins?’

“Therefore I think Liberty have taken a great approach. Certainly, if you look at the history of owners in Formula 1, they’re the only ones that I’ve seen do it – and I’ve been here quite a long time.

“If you look back, I can’t think of many owners that put that sort of investment into the sport.

“I won’t tell you my budget, but it was a substantial budget to do that work we did. And that’s a commitment, which is paying off now.”

“I think it’s pretty good,” he told Autosport about the health of F1. “I mean, we can’t be complacent, but we’ve got huge interest in Formula 1.

“We’ve got to make sure we retain our sort of core, long-term fans – we don’t want to alienate them. And that’s why I say I think the integrity of the racing is critical.”

“There’s always this debate about reverse grids,” he said. “Reverse grids would be pretty entertaining. I think most of us would love to see what would happen.

“But there is an element of our fans who think that’s getting too synthetic, too World Wrestling sort of thing, and that you should reward the best guys and so on. I get that as well and I think we’ve got to be very cautious on that side of things.

“It’s just an additional demonstration of the drivers’ talents during a race weekend. I think the sprint is great.

“I can’t see why anyone would really have a problem with that. That should, if they’ve got an open mind, appeal to all our fans. I can see why a reverse grid could be divisive and could unsettle some of our fans and that’s something we’ve got to [keep in mind].”

“I think we’re in a great place,” he added. “We seem to have engaged well with our existing fans. We’ve got this new group of fans that we need to continue to engage with, and I think we’ve taken the opportunity of giving our fans a much deeper insight into the sport than they had before.

“I can see why personalities are appealing. And, as you know, we’ve opened up social media, which has its downsides and we’re never gonna stop that, but I think for fans who engage in the sport and feed their passion, that’s [good].”