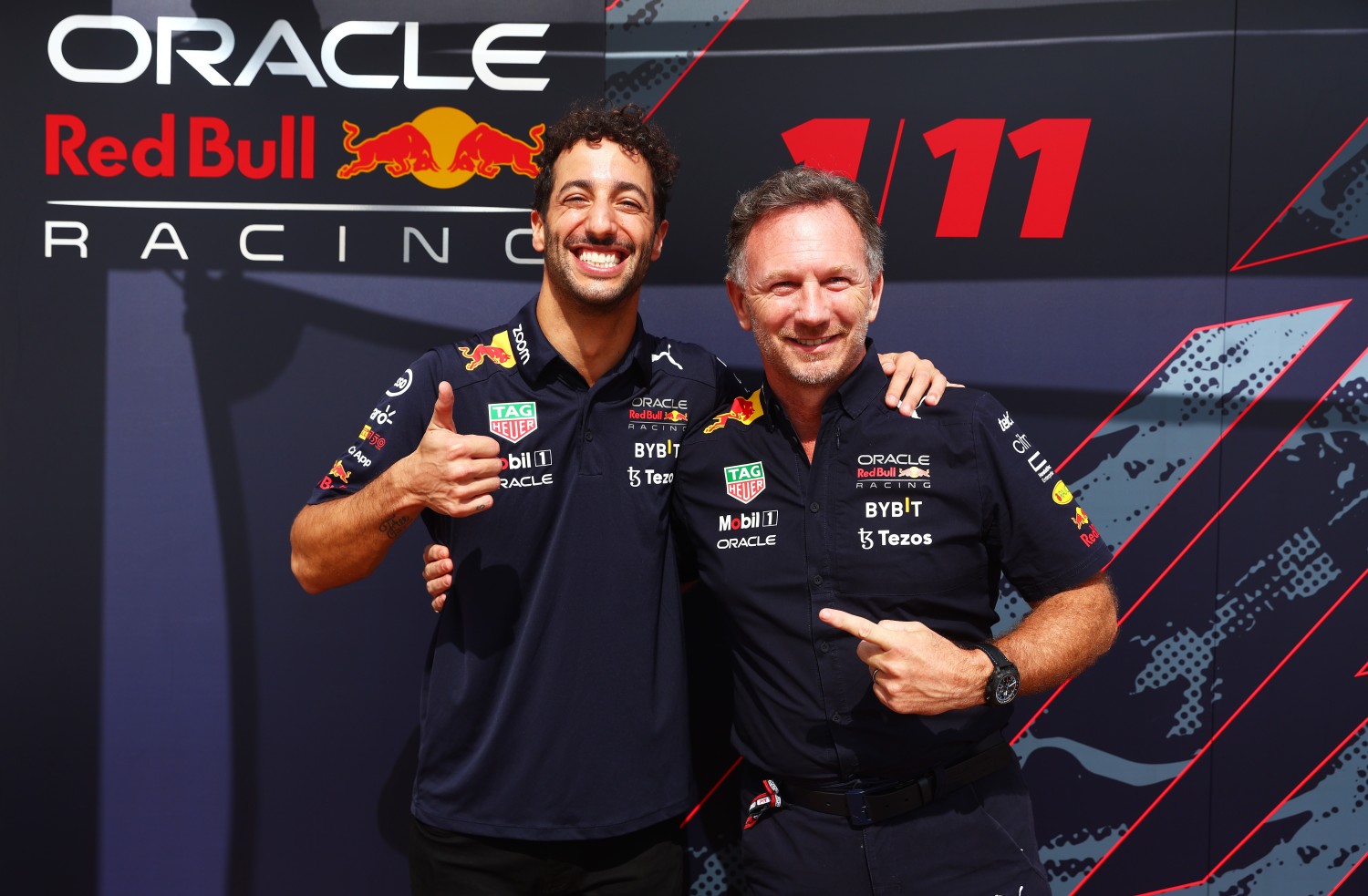 Red Bull F1 Team Boss Christian Horner appeared on the KTM Summer Grill with Speedcafe.com, where he spoke about Red Bull’s plans for Ricciardo in 2023, and revealed the intent is to have Ricciardo as the team’s reserve for ‘some races’ next year.

“Daniel will be attending some races where, obviously, he will be our reserve driver for those events,” Horner revealed, meaning the Australian would be Red Bull’s first port of call should either Max Verstappen or Sergio Perez be unable to take part in that particular Grand Prix weekend – Horner didn’t detail which weekends Ricciardo would usurp Liam Lawson’s position.

“[Daniel will] probably do a bit of tire testing for us, not with the Pirelli program that gets distributed around the teams.

“He’ll be doing some work in the simulator. So he’ll be doing all of those activities and then, of course, with the commercial demands that we have from the myriad of sponsors and partners that we have, particularly with a much bigger presence in the US where Daniel is now predominantly based, with three Grands Prix there next year, he’s gonna have a busy agenda for the season ahead.”

“Well, we were surprised to see Daniel be out on the overall market,” he said, when asked about the main factor in the logic behind signing Ricciardo back after he became a free agent.

“So for us, having grown up with Red Bull, having nurtured him since being a junior, it made sense for us to bring him back into the fold.

“[He’s a driver] with so much experience, at such a high profile, I think Daniel had fallen out of love a little bit with Formula 1.

“He’s had a couple of really tough seasons, particularly this year. For him to play a supporting role to the race drivers as our third driver, both here in the factory and at events with all commercial partners we have as one of the most recognizable faces currently in F1, for us – it made a lot of sense.

“Hopefully, in that process, Daniel will rediscover his passion for Formula 1, but we certainly have no plans to utilize him other than in that third driver role, combined with the commercial activities that he’ll be performing.”