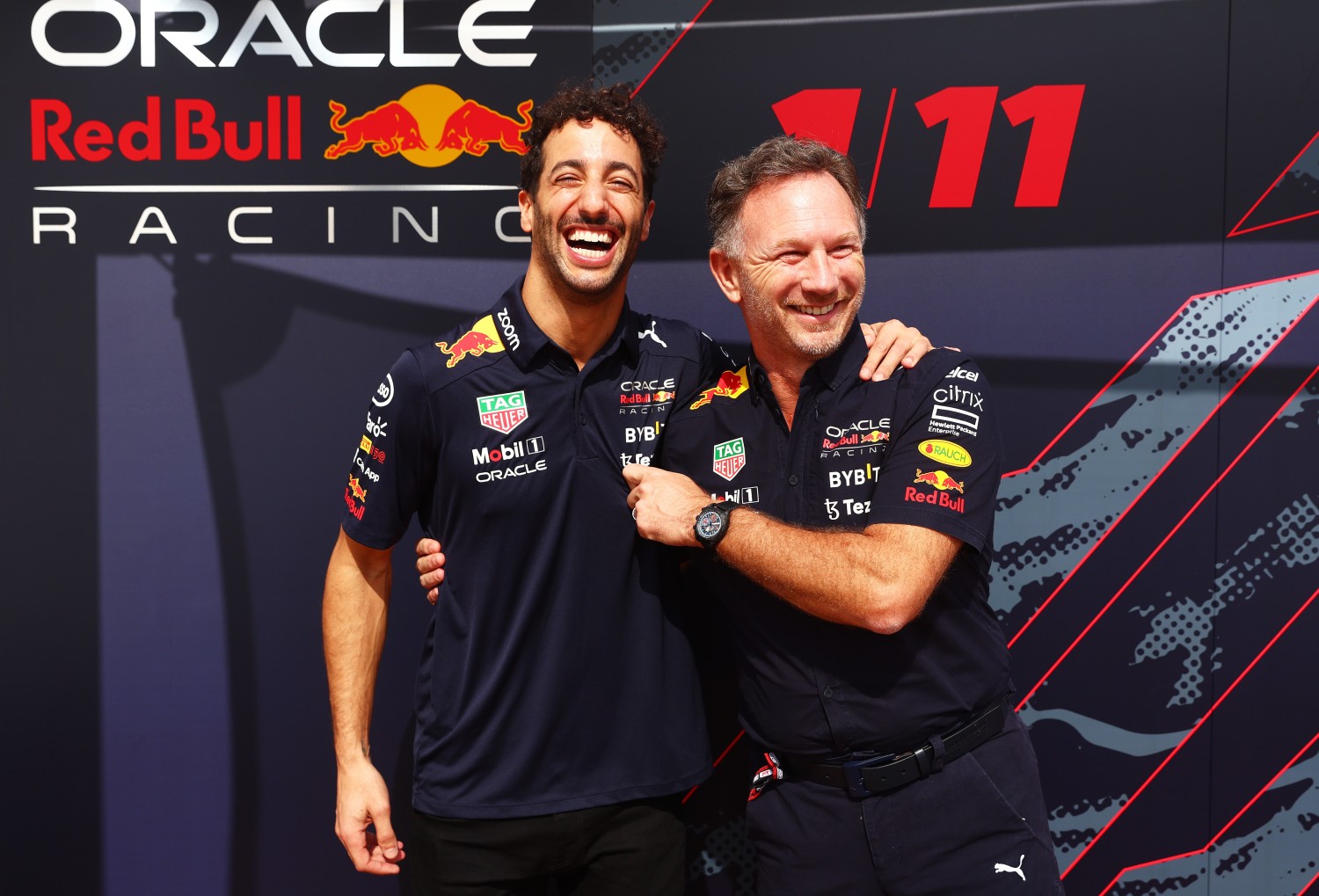 Daniel Riccardo will earn more money in F1 next year than he has ever earned, and he won’t even have to drive a race car.

Red Bull will pay him $2.1 million for the year, according to Sportune.fr. to be a part-time reserve driver and a spokesperson for Red Bull.

He will also pocket $22.2 million from McLaren as a stipulation for terminating the third year of his contract.

The total $24.2 million is the biggest annual salary that Ricciardo has ever earned – but there is more.

He will spend 2023 working on improving his brand and an F1 Hulu movie, which should lead to additional endorsement opportunities and even more money.

Ricciardo has earned approximately $121.4 million driving in F1 over the years, and will retire comfortably with his gorgeous girlfriend Heidi Berger.