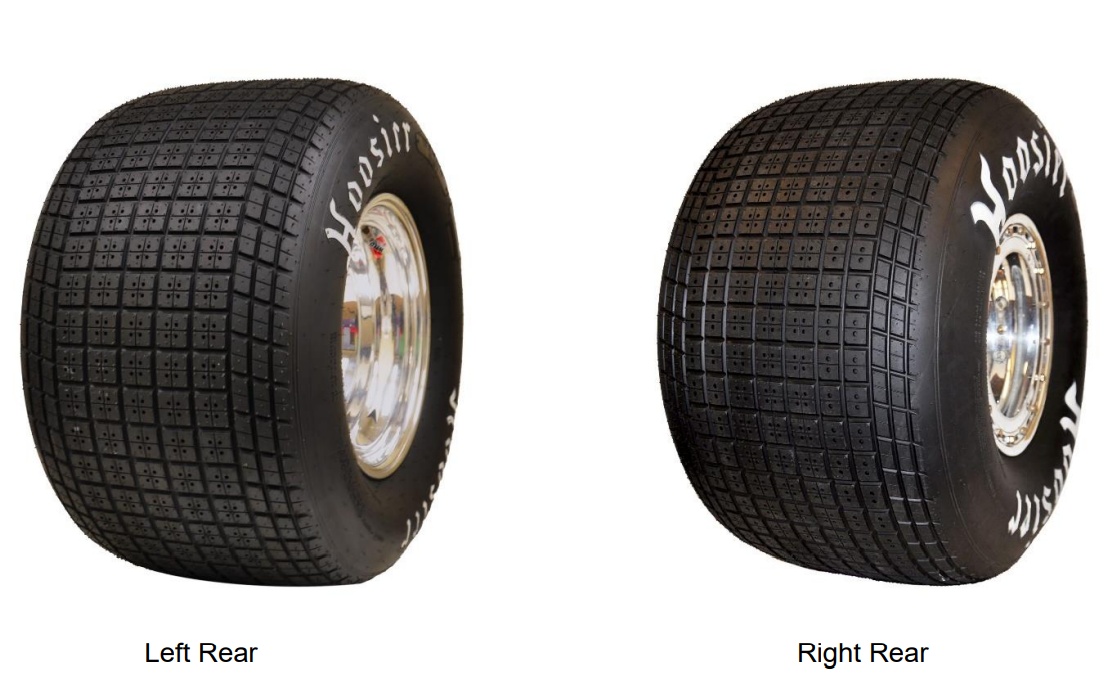 Hoosier Racing Tire, the world’s largest manufacturer of racing tires, proudly announces the introduction of the newly designed rear drive tires for sprint car dirt racing in 2023. The new rear tires feature an updated symmetrical tread pattern design and profile allowing competitors to rotate tires to extend use and longevity compared to the current tires that have been in use for over 25 years.

“Our manufacturing team has expressed the need for mold replacements due to aging factors, so the timing was right to upgrade the designs and provide a more user-friendly product,” stated VP of Sales Paul Menting. “Along with the new designs, further consolidation of offerings will be implemented across various platforms of winged and non-winged sprint car racing. This will allow teams to carry less inventory which should consume fewer tires and improve manufacturing efficiencies.”

For winged sprint cars such as 358, 360, and 410 classes one style left rear tire will be produced moving forward. The ‘open competitiousacn’ RD12 left rear and ‘spec’ H12 left rear will be consolidated into one offering featuring a hybrid construction between the two previous tires and a modified tread pattern on both shoulders to reduce blistering and chunking. The new left rear tire will be designated as ‘D12A’.

The new right rear will be offered in two compounds and will be designated as D15A and MEDIUM. The D15A will replace the current H15 and will feature a slightly firmer tread compound. The MEDIUM compound will remain the same. The front tire offering will remain the same and unchanged for 2023.

“At this time, the release of new tires is yet to be determined as off-season production begins,” Neil Cowman, Business Unit Manager, Dirt Oval. “All January and February North America sprint car racing will remain on current tires based on current distributor and dealer inventory and allow teams to use current stock. Further discussions will continue with tracks and sanctioning body partners in the coming weeks and an implementation and phase-in period will be determined by tracks and regions based on their needs.”