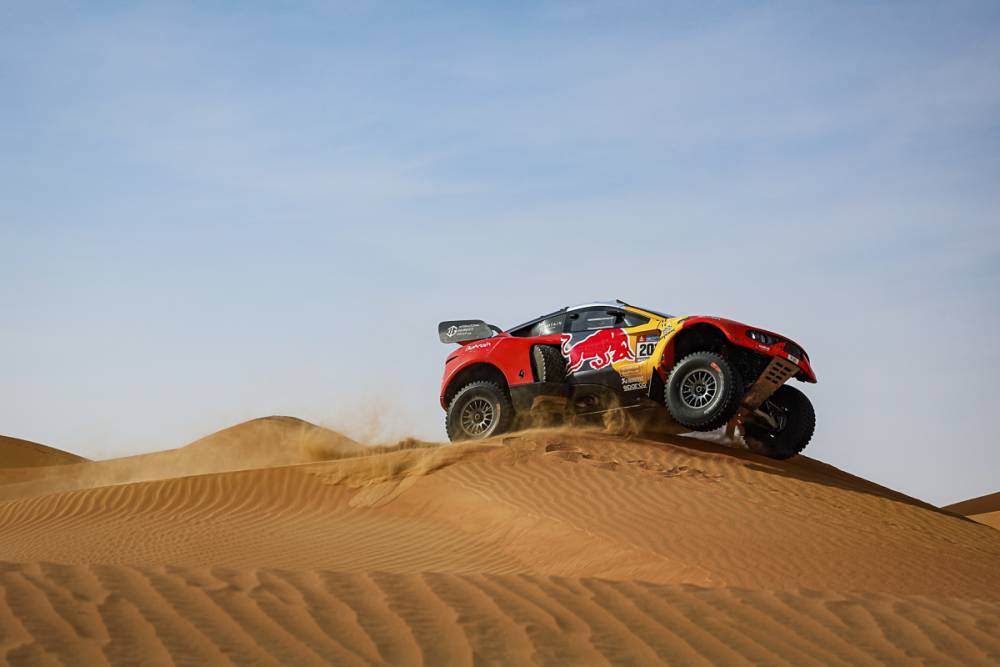 Stage 13 was a short 96-mile special between Shaybah and Al-Hofuf.

Loeb’s winning margin over overall leader Nasser Al-Attiyah was an impressive 5m28s because Al-Attiyah has an over 1-hour lead over Loeb and is stroking it to the finish, making sure he does not break his Toyota.

Kevin Benavides won Stage 13 on his Red Bull KTM bike while Toby Price was 5th to keep his overall lead.

In addition to rising to first place on the day, the Red Bull KTM Factory Racing rider also moved up to second place in the overall standings.

Matthias Walkner was out of the race following a crash. At the time, he was fighting for the top five of the day, which he started ninth overall.

According to the official website of the Dakar, the Austrian from Red Bull KTM crashed at 55km of the timed section, remaining conscious. However, when the medical team arrived to assist him, he complained of back pain.